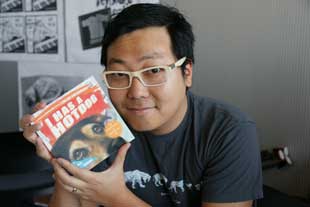 <a href="http://www.amazon.com/Has-Hotdog-What-Really-Thinking/dp/0446566381">Ben Huh with his latest book. For all you hoomins, a LOLdog is a kay-nine picture with a funny, misspelled caption.</a>

People usually don’t know quite what to make of the Cheezburger Network, and CEO Ben Huh wishes more of them would just ask. “It’s like a pet network?” No. The short, correct answer for future reference: Cheezburger is a profitable new-media company founded in 2007, a circus of 53 websites designed “to make the Internet laugh for five minutes a day.” Don’t let the cute baby animal photos, funny FAIL pics, and Zombie Apocalypse pie charts distract you from the salient publishing industry facts: 16 million people dropped by Huh’s online meme carnival in May, and every silly graph or LOLcat photo they came to see was created by a community volunteer, not a professional comedy writer. “This is the 1950s all over again, when television changed the world by spreading pop culture,” says Huh. “Except with the Internet it’s driven by the people who participate, not the people who create from a leather couch in Hollywood.” Huh accepted a Webby Award this week for FAIL Blog. His 5-word speech: “Who wants the Cheezburger hat?”

LOLcat/I Can Has Cheezburger?Mother Jones spoke with Huh recently about Gawker Media, LOLcat occupational hazards, and whether a Northwestern journalism degree truly prepared him for world domination.

Mother Jones: I was poking around the US Naval Institute website the other day and found a photo captioned with LOLcat language. Weird, right? When did LOLcats go mainstream?

Ben Huh: The meme of LOLcats is definitely more mainstream, but we certainly haven’t crossed the Rubicon. I was just at a conference called ROFLCon—which despite the funny name is a very serious and academic discussion about Internet culture—and the reality is, we live in this tiny little bubble called technology. The rest of the world is 10, 20 years behind. Even the rest of America is several years behind. To them the Internet is the thing you use to buy airplane tickets. Or look up airplane tickets so you can call your travel agent and book them over the phone, because you don’t trust the Internet with your credit card numbers. That still happens today, and it’s a significant portion of how people use online, which is as a tool. We use the Internet as a medium, they use it as a tool. Two very separate things. And in order for Internet culture, the subversive culture, to actually go mainstream, those people have to see the Internet in a very different light.

MJ: When do you think that might happen? Or do you?

BH: I think it’s inevitable that it will happen, but it’s probably at least 10 years out. One of the reasons is that in order for people to create lots of Internet culture, they need to be paid for their time, so they can sustain themselves. Not that they need to be profitable in a business sense, but somebody needs to reward them with some kind of financial gain so they can continue to do it as a living or as a decent side job. Money right now still exists primarily in television. There’s so much money in television advertising that needs to be fragmented and sent into Internet culture to make this work. That’s where the gold mine is, and it’s really the last frontier.

MJ: You mention on LinkedIn that your companies are “party in the front, business in the back.” When did AmEx and Burger King and Iams start advertising on the Cheezburger sites?

BH: I actually have no idea when that happened, I just started seeing better ads. We might be the largest publisher that doesn’t sell ads directly. We don’t have a salesforce, if you call us and say you want to buy ads we’ll pick up the phone and take your money, but our focus is on building a network and a community. So all of that ad inventory basically gets sent out to ad networks who sell it to their clients. Those companies don’t necessarily have a direct relationship with us, they know that their ads are running on our site and they’re happy with the performance so they keep coming back, but we use an intermediary to set it up.

MJ: Did your journalism degree prepare you to run the Cheezburger Network?

BH: Absolutely. My job is basically as a very specialized editor. I deal in the editoralization of user-submitted Internet content. So the ability to recognize good content from bad, to recognize what your audience wants, to understand timeliness, all of that came from J-school.

MJ: Has Medill approached you yet about teaching a J-school class?

BH: No. I think it’s too soon. For me to say I know enough to teach people to create a stepping stone for their careers, it’s so fluid and changing so quickly that I don’t think it’s appropriate yet. And just as a side rant, I think that’s one of the problems with journalism schools. They tend to teach things before they realize what they need to teach, especially when it comes to new media. New media’s not very old, hence the word new, so we don’t know a lot of things about new media and by the time you’ve taught it it’s probably out of date. I think it’s much more beneficial to have an experiential lesson versus a classroom lesson in new media.

MJ: Speaking of new media empires, have you and Nick Denton ever gone toe-to-toe?

BH: No, actually we have not. He runs a shrewd business, he certainly does. But he’s in a very different space than we are. I mean, he’s definitely going after the jugular of media, whereas we’re trying to carve out a new entertainment space. We’ve crossed paths a few times, some more pleasant than others. But we’re actually reaching out to them to do a partnership. The Internet’s a big enough place for everybody to be happy.

MJ: “Some more pleasant than others”…What’s the least pleasant experience you’ve had with Nick?

BH: Well, it’s not Nick specifically, but Gawker; a writer decided to interview a couple of former employees who’d been fired from the company and dig up dirt. “Oh, they don’t pay you well, they don’t treat you well,” that kind of thing. 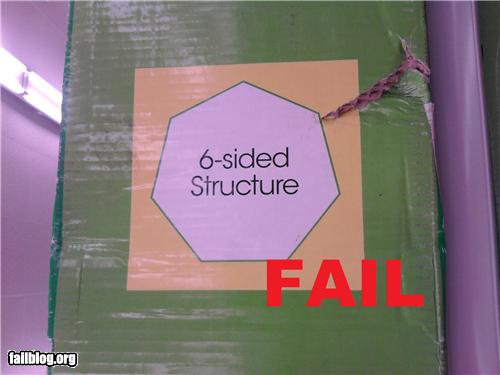 BH: Well yeah, they got fired. I mean they weren’t working out. Yes, I’m going to be micromanaging you if you’re not doing your job. But Gawker never actually asked me for a quote. They just kind of published this article. And I thought, “Eh. Not what I would have done.” But I guess we’re all trying to write the rules of Internet journalism, and good luck to ya.

MJ: What’s the application process like to become a Cheezburger community moderator?

BH: We receive roughly, for every opening, about 100 applicants. There’s an online application form, where you upload your resume, and you answer 10 optional questionnaires. And if there are 100 applicants, chances are that if you don’t answer the optional questionnaires, we’re probably not going to look at your resume. It’s really a question of who are you? What do you value in life? One of the things that we value in our moderators is their ability to put themselves aside and understand the will of the users.

MJ: What’s the occupational hazard of poring over pictures of LOLcats every day? I mean, what tic do you have now that you didn’t have in 2007, when the company started?

BH: I used to be this guy who sat on his couch and looked through submissions all day long. Cats, dogs, whatever came in. And then as the company grew I kind of removed myself from that role and other people took on that role. But one of the risks early on is you’d see everything online, the good and bad. And when you see the bad, it’s pretty bad, and so you kind of create this shield around your brain. You grow thick-brained, for lack of a better word. But running this company, you also realize how good human nature is.

BH: Oh, absolutely. I run a publishing company whose writers are users, and every morning when we wake up and go to work, there are 19,000 pieces of content that these people have sent in to us, or created, or what have you. They don’t get any financial reward. They barely get any social reward. But these people decided to participate in the community in order to make each other happy and laugh.

I think society ironically has a sense of doom and gloom about civilization, especially during the greatest recession of our lifetime. The fact of the matter is that the Internet has brought together millions of people who trust one another for reasons that are unknown. I was listening to a TEDTalk where the speaker was describing a couchsurfing website where you basically sign up to sleep on each other’s couches when you travel around the world, so you can save on hotels. And somebody asked, “Well, is there a reputation system? How do you know when things didn’t work out?” And the speaker says, “Well, I don’t think a reputation system is all that critical, given that if you die, you’re not going to write a bad review.” But that hasn’t prevented people from doing this millions of times, trust a stranger with their life and go and sleep at their house. We tend to get into situations where we take ourselves or an offense too seriously, but this job has really taught me that human nature has an incredibly positive side.

MJ: If there were one question you could banish from the face of the earth, never be asked it again, what would it be?

BH: It’s actually a request. Some people request that I say the caption, like create the voice for the cat. I did it once and I promised I’d never do it again. And the reason is that people have a voice of their own in their head. When they read those captions, they have an internal voice, and I’m afraid that my voice won’t match that. Because they’re all different, right? We’ve all been an island. And it’ll shatter that fantasy, that illusion. Some people have a voice for their dog, and they apply that voice to the captions that they read, and who am I to tell you what it sounds like?

MJ: Last question. Do you have a cat?

BH: I don’t. I’m allergic to cats. I have a dog, but he doesn’t know quite what he is. His favorite food in the world is canned tuna.