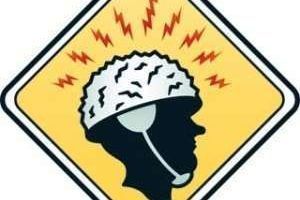 THE CONSPIRACY THEORY: Legalized abortion is a genocidal scheme to wipe out black people. Even though African Americans make up 13 percent of the population, the vast majority of abortion clinics are in minority communities, and 50 percent of all black fetuses are aborted. As a pro-life billboard posted earlier this year in Georgia put it, “Black Children Are an Endangered Species.”

THE CONSPIRACY THEORISTS: This idea goes back to the early 1970s, when the Black Panthers claimed that abortion would “destroy our people” and Jesse Jackson told Jet that “abortion is genocide.” Jackson later went pro-choice, but he’s still cited by Clenard Childress, the creator of BlackGenocide.org and the president of Life Education and Resource Network (LEARN), a prominent black anti-abortion organization. LEARN has partnered with Life Dynamics, a predominantly white group that runs KlannedParenthood.com and produced a two-hour film, Maafa 21: Black Genocide in 21st Century America. After screening the film last year, Rep. Trent Franks (R-Ariz.) declared, “We are besieged by a racist abortion policy.”

MEANWHILE, BACK ON EARTH: Black women have 30 percent of all abortions, a disproportionately high rate; more than one-third of black women’s pregnancies (but not half) are terminated. However, Planned Parenthood points out that just 6 percent of its clinics are located in zip codes where the majority of residents are black. And according to the census, the African American population is expected to double by 2050.