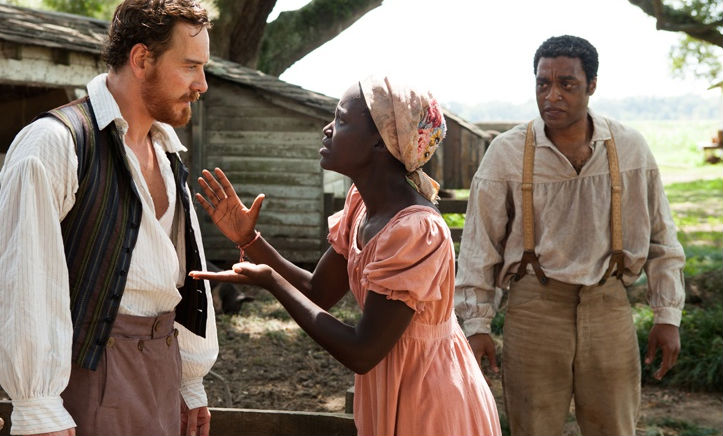 Buy the hype: Director Steve McQueen’s 12 Years a Slave is a powerful, stunning film—perhaps the finest ever made on the moral travesty of American slavery. It tells the true story of Solomon Northup (played by the stellar Chiwetel Ejiofor), a free man who was drugged and kidnapped in Washington, DC, in 1841 and sold into slavery. Northup, a violinist and family man based in Saratoga Springs, New York, was forced to work on Louisiana plantations for 12 years. The movie, written by John Ridley and coproduced by Brad Pitt, is based on Northup’s 1853 autobiography Twelve Years a Slave.

All the film’s elements—the sublime acting, the music, the unflinching depiction of slavery—conspire to create a classic in the making. As is standard with any Oscar bait that’s based on an amazing-but-true story, critics and scholars are lining up to determine how well the drama stacks up to recorded history. On top of this, literary scholars have long examined and debated the “literal truth” of the film’s source material. The filmmakers, fortunately, had just the right historical consultant in their corner: Henry Louis Gates Jr., the Harvard professor who edited a recent edition of Northup’s memoir.

“It was refreshing how closely they followed the exact events,” Gates tells Mother Jones. “But I’m not the kind of scholar who confuses a feature film with a documentary.”

Gates is something of a “scholar-celebrity,” an Ivy League professor whose pop-culture name recognition goes significantly beyond his literary criticism and research. Following his arrest in front of his Cambridge home in 2009 (a neighbor had called the police after mistaking him for an intruder), he was at the center of a widely covered and racially charged controversy that culminated in that famous White House “beer summit” with President Obama, Vice President Biden, Gates, and his arresting officer. And 12 Years a Slave is hardly his first encounter with Hollywood or filmmaking. Along with several documentary producing credits under his belt, Gates was also a consultant on Amistad, Steven Spielberg’s 1997 drama about the trial following the bloody 1839 rebellion aboard a Spanish slave ship. Gates visited Spielberg and his crew while they filmed in New England, and he made suggestions, including having a slave read from a book, a detail that was included in the film’s final cut. (For his tips, Gates was thanked by Amistad‘s producers in the end credits.)

“I know Northup’s narrative like the back of my hand,” Gates says. “And [the filmmakers] followed the text with great fidelity…There’s no question about the historical accuracy. They did a wonderful job.”

Gates’ consultation was conducted via emails and a lengthy phone conversation. “I didn’t even meet Steve McQueen until the Toronto screening,” he says. According to Gates, McQueen and producers crafted the film’s postscript with his direct involvement. But the professor’s main contribution was to read the script and offer notes on historical accuracy. “It was fun. I did it in my study,” he recalls. “It was much like studying…And I didn’t have to make any corrections.” Gates also hosted a special screening of 12 Years a Slave last August on Martha’s Vineyard, where lawyer and political commentator Alan Dershowitz dubbed it “the African-American Schindler’s List.”

After he saw Quentin Tarantino’s Django Unchained last year, Gates called Harvey Weinstein to tell him that Tarantino had fudged the date of the start of the Civil War.

Fact-checking major films on black history is one of Gates’ favorite pastimes. After he saw Quentin Tarantino’s Django Unchained last year, he called producer and studio exec Harvey Weinstein to tell him that Tarantino had fudged the date of the start of the Civil War. “Quentin Tarantino should know that the Civil War broke out in 1861!” Gates says. He later discussed the film flub with the director himself during a three-part conversation taped for The Root, the black news and opinion website he cofounded.

This aside, Gates is a big fan of Tarantino’s Oscar-winning film, which he calls the “best post-modern Spaghetti Western film about slavery” ever mounted. “You can’t teach history through Django, though,” Gates concedes. “But any professor could have a great class with Django contrasted with 12 Years a Slave. It is an accident of history that the two were released within 12 months of each other—a delightful accident.”

Gates’ involvement with McQueen’s much-acclaimed new film is sure to gain him even more coverage and attention. But while he was sending emails on the 12 Years a Slave script, he was busy preparing another project, one he had been working on since 2006. It’s a six-part documentary titled The African Americans: Many Rivers to Cross, which premieres October 22 on PBS. “We worked with 40 historians as consultants,” Gates says. Together, they prepared lists of more than 1,000 essential stories in African American history; they pared it down to 70. The series traces 500 years of black history and culture, from 1513 to the second inauguration of President Obama.

12 Years a Slave hits theaters four days before the debut of this PBS series. So how does Gates feel about McQueen’s vision, in one sentence? “It’s an amazing film,” he says, “the best film about slavery ever made from the point of view of a slave.” With that appraisal, Gates is in good company.

Here’s a trailer for 12 Years a Slave:

12 Years a Slave gets a release on Friday, October 18. The film is rated R for violence/cruelty, some nudity, and brief sexuality. Click here for local showtimes and tickets.