Like most government agencies, the NSA lacks a sense of humor; instead, it has paranoia, which can be unintentionally comic. Case in point: The agency’s recent cease-and-desist letter to Dan McCall, an online vendor whose parody t-shirts raised NSA hackles. The agency, along with the Department of Homeland Security, cites copyright infringement—it’s illegal to appropriate the NSA logo for commercial use (especially after it’s been “mutilated”). Depending on your mood, the crackdown on satire is either disproportionate enough to be amusing, or totalitarian enough to be, well, totalitarianism. 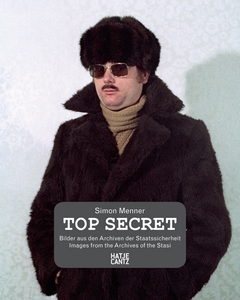 Simon Menner’s new photobook, Top Secret: Images from the Stasi Archives, reminds us that the difference between terror and kitsch is mostly one of proximity. Per the book’s subtitle, the images were culled from the vast archives of East Germany’s secret police, the Stasi, which spied on, bugged, interrogated, intimidated, murdered, and otherwise bullied its citizenry for 40 years. According to Simon Wiesenthal, the Holocaust survivor turned Nazi-hunter, the Stasi was “much, much worse than the Gestapo, if you consider only the oppression of its own people.”

Indeed, the numbers are staggering: When the Berlin Wall fell in 1989, Stasi records show that it had 91,000 employees on the payroll, along with around 173,000 unofficial collaborators. Given East Germany’s population of 17 million, this amounts to one informer per 6.5 citizens—or, as author John O. Koehler more viscerally puts it, “It would not have been unreasonable to assume that at least one Stasi informer was present in any party of 10 or 12 dinner guests.” In Koehler’s book Stasi: The Untold Story of the East German Secret Police, former Stasi Colonel Rainer Wiegand estimated that the total number of informers was as high as two million.

Think about what that means. Phones were tapped, mail was intercepted and read, families betrayed each other, apartment buildings and hotels crawled with informers, surveillance cameras abounded. A special division was tasked with inspecting garbage, while holes drilled into walls became the unofficial calling card of Stasi spooks. On the threshold of German reunification, approximately six million people were under surveillance. 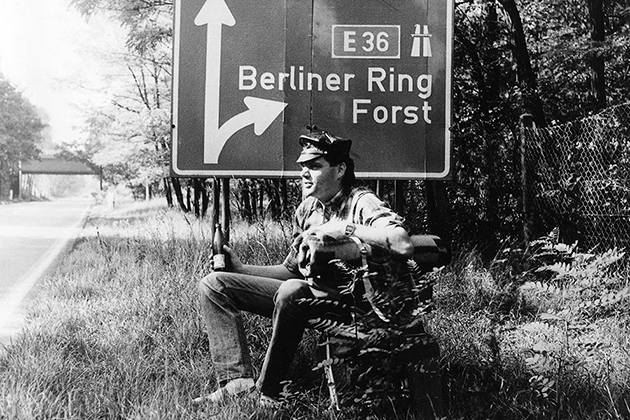 From the Stasi’s catalog of disguises. Simon Menner and BStU, 2013.

Repressive regimes around the globe turned to the Stasi for its surveillance bona fides: The secret police of Angola, Cuba, Egypt, Ethiopia, Ghana, Mozambique, Syria, Uganda, and Yemen were all clients. In the 1980s, the Stasi and the KGB collaborated to spread propaganda that HIV/AIDS originated in US government laboratories (PDF). And an investigation leaked in 2011 suggested a link between the Stasi and Horst Mahler, a founding member of West Germany’s Red Army Faction (also known as Baader-Meinhof), raising questions about just how deeply the spy agency had infiltrated its anti-communist neighbor.

Agents learned to trail a target without being noticed. Simon Menner and BStU, 2013.

From a film showing agents how to shadow suspects. Simon Menner and BStU, 2013.

Once it became apparent that the Iron Curtain was fraying, Stasi agents scrambled to destroy incriminating documents, including thousands of photographs. On January 15, 1990, protestors stormed Stasi headquarters and prevented a complete wipeout. That October, a newly reunified Germany established a government agency, BStU, to preserve the old records, which were declassified two years later. Millions of Germans have been able to share the surreal experience of perusing their own surveillance reports. 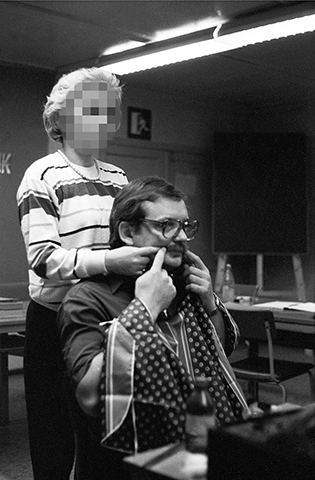 An image damaged in the Stasi purge.
Simon Menner and BStU, 2013.

Menner spent two years combing the vast archives—a combined 50 miles of shelving that included 1.4 million photographs, slides, and negatives. His book is divided into chapters with innocuous titles such as “Wigs and their Application,” “How to Apply Fake Facial Hair,” and “Disguising as Western Tourists.” There’s a tension—which these titles exploit—between our inclination to read the photos as kitsch and the ominous history they represent. The photos were rehearsals for surveillance, arrest, interrogation, and blackmail; they are unnerving mementos of a government intoxicated by control. And what seems quaint or campy or mundane at first blush is harrowing in retrospect.

Case in point: the Polaroids that Stasi agents took during their routine home break-ins. These shots of kitchens, living rooms, and bedrooms, which depict life in a typical East German apartment, have a bland predatory quality—a knowingness—that’s disturbing. Equally so is Menner’s note that agents used the Polaroids as a reference for returning a room to its prior state after ransacking it. The artlessness of the images only intensifies their eeriness.

Elsewhere, the book offers a field guide for espionage. Agents demonstrate secret hand signals, shadow suspects, and rendezvous on desolate roads. Mock arrests are staged in dismal rooms, the agents’ faces inexpertly redacted with a black Sharpie. Houses are searched and possessions cataloged. Unease tinges a photo of a teenager’s bedroom wallpapered with Madonna clippings—Western sympathies, if simply of the pop-culture variety, could be cause for an investigation, or worse. 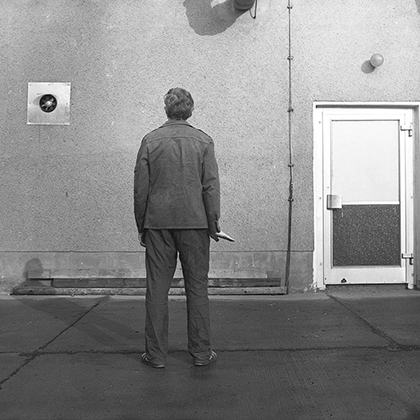 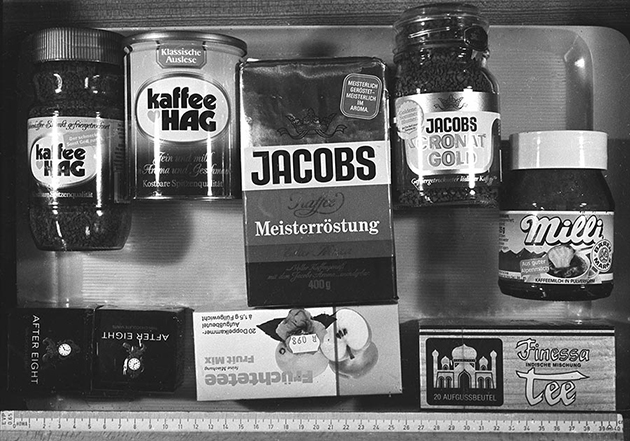 Contents of a confiscated package.
Simon Menner and BStU, 2013.

Top Secret is a timely rejoinder to those who argue that the NSA is a necessary evil, and it’s even more timely in light of the revelation that the NSA targeted German Chancellor Angela Merkel for eavesdropping. The US is not East Germany, and the NSA is not the Stasi, but they share a common taproot of fear. While the NSA may not resort to the Stasi’s cruelest methods, it lords over one of the most sophisticated and pervasive intelligence apparatuses on the planet. Would it be surprising if, decades from now, someone found similar relics in the NSA archive?

But the NSA recently offered this comforting nugget to the Washington Post: “The notion of constant, unchecked, or senseless growth is a myth.” So relax, your secrets are safe.

Stasi agents amused themselves by dressing up as their enemies—in this case, the Church.
Simon Menner and BStU, 2013.

From the Stasi handbook of disguises.
Simon Menner and BStU, 2013.