The Wolf of Wall Street is the stuff that Oscar buzz is made of. Martin Scorsese‘s next film, set to be released on Christmas Day, chronicles the testosterone-soaked saga of Jordan Belfort, co-founder and chairman of Long Island brokerage house Stratton Oakmont, who went down for securities fraud and money laundering in the 1990s. (He served 22 months behind bars.)

The movie is based on Belfort’s 2007 memoir of the same name, which Scorsese and Leonardo DiCaprio—who plays the title character—have been looking to turn into a major motion picture since before copies hit bookstores. With a script by by Terence Winter (The Sopranos, Boardwalk Empire), and performances from Matthew McConaughey, Jonah Hill, Margot Robbie, and Cristin Milioti, there’s little doubt that the film will be a prime Academy Awards contender. 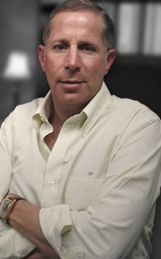 Both the memoir and the film tell an outrageous story, full of white-collar scandal, lust, and drug-fueled mayhem that includes sinking a yacht. And while thousands of the memoir’s readers have enjoyed the ride, some may close the book asking how much of Belfort’s wild tale is true.

Now, in advance of the film’s release, Danny Porush, the co-founder and ex-president of Stratton Oakmont, has a few bones to pick with how his years at the firm have been presented.

In the book, Porush is described as a businessman with a particularly killer instinct—a “Jew of the ultrasavage variety.” Like Belfort, Porush agreed to cooperate with authorities on investigations of other brokerage firms after the collapse of his own. He eventually served 39 months in prison, and now lives with his second wife in Florida, where he runs a Boca Raton medical-supply outfit. 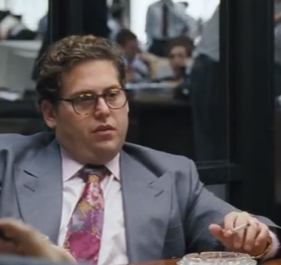 “My main complaint [regarding the memoir] besides his inaccuracy was his using my real name,” Porush says. Indeed, in the film, the character inspired by Porush, portrayed by Oscar-nominated actor Jonah Hill—has a different name: “Donnie Azoff.” The name was changed after the real Danny Porush threatened to sue the studio and filmmakers. (Paramount Pictures, the film’s US distributor, and Red Granite Pictures, the production company behind it, did not respond to requests for comment.)

Porush doesn’t deny, as the book depicts, engaging in his fair share of unfettered hedonism, nor does he deny doing his share of drugs or indulging in rowdy antics. For example, movie goers will see Jonah Hill do this to a goldfish:

Porush says: true story. “I said to one of the brokers, ‘If you don’t do more business, I’m gonna eat your goldfish!'” Porush recalls. “So I did.”

Of course, films inspired by actual events have a tendency to augment and exaggerate true life and characters beyond recognition. Fittingly, in addition to some complaints about the book’s accuracy, Porush has a run down of details from the trailers (the only parts of the movie he’s yet seen) that he claims stray far from the truth.

Porush sharply denies that brokers became so debauched that Belfort was forced to declare the office a “fuck-free zone” from 8 a.m. to 7 p.m.

Porush’s quibbles start with the book’s cover—and the film’s title: Porush says he never heard anyone at the firm refer to Belfort as the “wolf.” And while sex was nearly as integrated into office life as the scams that made the firm’s owners millions, Porush strongly denies a long-established piece of Stratton lore detailed in the book, and dramatized in the film adaptation: that brokers became so debauched that Belfort was forced to issue a memo declaring the office a “fuck-free zone” from 8 a.m. to 7 p.m. on workdays.

Both trailers show the Stratton Oakmont boys celebrating their haul by throwing a giant salesroom party with strippers, a marching band, horses, “dwarf-tossing,” and a chimpanzee on roller skates. Some of those details come from the memoir’s depictions of entirely different events and parties; the scene appears to be a composite, rounded out with tidbits (such as the chimp) that Belfort told DiCaprio about in private conversation.

In Belfort’s 519-page book, the tossing of little people is only discussed as a possibility—and though DiCaprio’s Belfort is shown hurling a little person alongside his staff, Belfort says (through a representative) that he merely heard from several people that they were thrown sometime after he left the firm. “It’s not as crazy as it sounds,” Porush is quoted as saying in the book. “I mean, it’s not like we’re gonna toss the little bastard in any odd direction.”

Porush says Belfort’s version of the party, as depicted on the silver screen, includes several fictional hijinks. “There was never a chimpanzee in the office,” Porush maintains. “There were no animals in the office…I would also never abuse an animal in any way.” And while Porush admits the firm hired little people to attend and mingle at at least one party, “we never abused [or threw] the midgets in the office; we were friendly to them,” he emphasizes. “There was no physical abuse.”

“Stratton was like a fraternity,” Porush remembers. “A lot of goofing around, hazing—but the worst we ever did was shave somebody’s head and then pay ’em ten grand for it.” (On this, Porush and Belfort agree—a version of the haircut appears in his book.)

Granted, Scorsese’s picture is not a documentary. “Hey, it’s Hollywood,” Porush says. “I’m not a communist; I know they want to make a movie that sells. And Jordan wrote whatever he could to make the book sell. His greatest gift was always that of a self-promoter.”

In one scene, the Donnie Azoff character sits and watches as thick bricks of cash are strapped to a Swiss woman’s body. “[I] never taped money to boobs,” Porush says. Indeed, in the memoir, Porush is not present during this painful boob-tape incident. But there’s another part of the book that’s harder for him to laugh off. The book references Porush’s many dalliances with various female sales assistants. At least one of these attention-grabbers is, according to Porush, completely made up. The incident concerns a “wildly promiscuous” employee, one who was seventeen-years-old. Belfort wrote:

Anyway, about a month later, after a tiny bit of urging, Danny convinced me that it would be good if we both did her at the same time, which we did, on a Saturday afternoon while our wives were out shopping for Christmas dresses.

“I categorically deny this,” Porush says. “I’m not homophobic, but I never had sex with a girl with another guy. I’ve been with a zillion women, several women at the same time—but only just with women…Also, never any minors.” (While Porush thinks it’s highly unlikely the firm ever employed anyone under 18, it may be worth noting that the age of consent in New York state, where Stratton was based, is 17. A representative of Belfort, who declined to comment himself for this story, says that the author stands by the anecdote: “I guess I can see why Danny is denying it, but that’s what happened.”)

“I have thick skin…but bribing federal agents, organized crime, violence, moles in the US Attorney’s office are not laughing matters.”

“I have no idea what else is in the movie or how it ends, except for a early draft of a screenplay that I read that was total fiction,” Porush says. “Hey, I have thick skin and can easily laugh at myself, but bribing federal agents, organized crime, violence, moles in the US Attorney’s office are not laughing matters.”

Regardless of how he feels about the film or the memoir’s attachment to reality, Porush says he’s excited to see the movie. “I’m a big fan of Scorsese, and DiCaprio,” he says. “Jonah Hill’s body of work, I don’t really know; it’s less of my generation—I’m almost 60 years old.” (He has seen Moneyball, however.)

And though he’s critical of the way Belfort painted their professional and personal history, Porush stresses that he doesn’t hold a grudge. “Life’s too short,” he says. “I don’t have any animosity toward Jordan…I spoke to him this past summer. I asked about his family, and wished him luck [on the movie]…We are not on unfriendly terms, I should say.”

“I’m looking forward to [the movie] coming out, and then going away [but] I hope it doesn’t glorify criminal behavior,” he continues. “I do not wish to try to profit from a crime that I’m remorseful for,” Porush says. “I respect their First Amendment rights, but I would never try to profit from [those] crimes. I’m still very emotional about what happened.”

Porush has chosen to leave his Stratton Oakmont days in the past, enjoying a comfortable life in Florida. Belfort, on the other hand, came out of jail and wrote a bestseller on his brokerage days. Belfort reportedly received a million-dollar pay day for the film, and DiCaprio cut a short video endorsing Belfort’s motivational speaking business—another key aspect in his years-long redemption tour.

More recently, the two have exchanged text messages, Porush tells me. They briefly discussed the fictionalization of events in the film, but Belfort predictably stood by the contents of his memoir. “I told him he should have come out of prison and started a new legit business, not live in the past,” Porush says.

As the film’s highly anticipated premiere approaches. I asked Porush if he buys Belfort’s present image as a changed man.