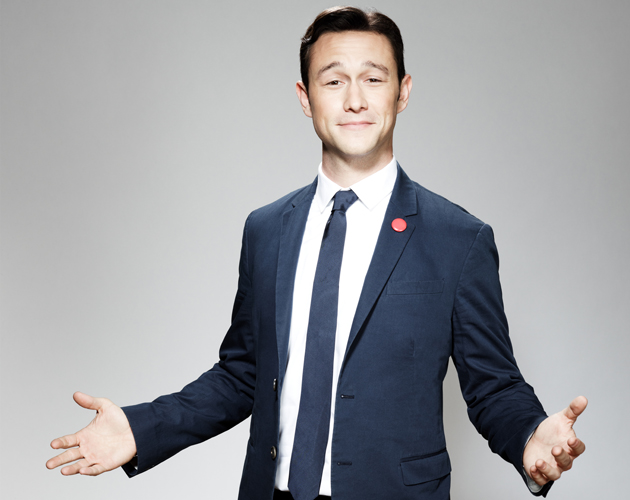 Joseph Gordon-Levitt is only 32, but it seems like that kid from 3rd Rock From the Sun has been in everything since. 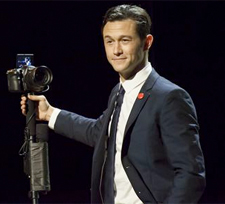 Among other roles, he played a DIY detective in Brick, Robin to Christian Bale’s Batman in The Dark Knight Rises, Leonardo DiCaprio’s business partner in Inception, Abe’s son in Lincoln, and a womanizing porn addict opposite Scarlett Johansson in last year’s Don Jon—which he wrote and directed. He also plays piano and guitar—and sometimes even belts out some blues. But his true passion is hitRECord, initially a side project he co-founded in 2005 with his older brother Daniel, who died in 2010. Their quirky production company takes art (short films, drawings, writings, original music) pitched by amateurs from around the globe, and packages it as YouTube clips, online galleries, a mini-book series, and live variety shows. Now you can catch Gordon-Levitt hosting HitRECord on TV, a program on Participant Media’s Pivot channel that showcases these far-flung talents via vignettes, visual artistry, and live performance.

Mother Jones: How long have you been a bluesman?

Joseph Gordon-Levitt: I’ve always loved music and started playing guitar when I was 12 or so. I ended up acting because I was in these music classes when I was a little kid. Kinda community theater-level stuff in the San Fernando Valley. Some of the kids were going on auditions, and a manager of one of them asked my mom if I wanted to do it. That’s where it started. I wouldn’t consider myself an aficionado on the blues. I know the normal names—Howlin’ Wolf, Robert Johnson—but most of what I know about the blues came from Jimi Hendrix.

MJ: I gather your parents influenced you politically, as well as professionally.

JGL: They were active in a lot of the movements of the ’60s and ’70s. They met at a public radio station. And they brought up my brother and me with ideals of sharing and understanding that the well-being of everyone is intrinsically tied to the well-being of the individual—life lessons that seems like they ought to be common sense.

“If I were to point to the person who’s having the greatest impact… I’d point to Elon Musk.”

MJ: Do you consider yourself politically active?

JGL: That can mean a lot of things.

JGL: [Laughs.] I guess that’s true. I can’t say I follow the ins and outs of electoral politics closely, but I tend to think having an impact on the world is a lot more complicated than government. If I were to point to the person who’s having the greatest impact, I wouldn’t be naming that many government officials. I’d point to, for example, Elon Musk. What he’s doing with Tesla and SolarCity is having a greater impact on the cause of environmentalism than any current law.

MJ: Have you met him?

JGL: He’s on our show! We’re doing a short documentary piece on SpaceX. But back to your question, I think we all have a tendency to feel like, “Well, what can I do? I can’t influence the government or politics in my country.” And I think there’s truth to that. It’s more about doing things, not just standing for some platform or being involved in some political party. I would argue that the media—TV shows and movies we watch, the songs we listen to, the stories we read—have a huge impact; it’s a part of what defines our vocabulary and how we make sense of the world. I would consider what I do to be something, I hope, that contributes to moving things in a positive direction.

Being politically active is “more about doing things, not just standing for some platform or being involved in some political party.”

MJ: What’s something you’ve watched or read or listened to that has changed your outlook?

JGL: Jim Henson is a great example. In fact, we’ve talked about our TV show in terms of Sesame Street, because it’s also sort of a variety show: One minute you’ll be watching a scene, the next minute a cartoon, the next minute this footage of a llama. I remember loving that! I still love watching Sesame Street! When you watch pretty much any of Jim Henson’s stuff, whether it’s that or The Dark Crystal, I always sense a sincere care for the audience and for humanity. That’s something I keep in mind with anything we do. This, more than any other project that I’ve done, is my outlet to say, “This is what I think, this is what I feel.”

JGL: God’s honest truth, hitRECord is exactly that. I was very fortunate to have a successful year as an actor in 2012, and I decided rather than do a bunch of commercial stuff that would make me lots of money, I leveraged that success into getting this TV project off the ground. HitRECord started more as a hobby, something I was bankrolling for several years. Now that we’re doing this show, it’s paying for itself. That’s a really great threshold to cross. It makes me really happy getting to work with these really talented artists whom I would never have the chance to collaborate with in Hollywood.

MJ: So this is an escape from what you once called, “the fascist cult of celebrity?”

JGL: [Laughs.] That’s probably a quote from when I was 15. But, yeah. It’s not that I haven’t worked hard for it, but there is a disproportionate distribution of opportunity in our culture. It’s starting to even out. Today, anybody with a computer and a camera can make a little movie and put it online. But there’s still an archaic hierarchy in play [in showbiz] and I’m the beneficiary of that. I could either run from it or embrace it and make it something good and beautiful and healthy. With this show, it’s about, “Hey, let’s make stuff together.” I’m not gonna look down on people and declare them the audience and say that I’m the performer.

MJ: Tell me about some of hitRECord’s more memorable live shows?

“I think of my brother all day long. But hitRECord always makes me feel connected to him.”

JGL: The Orpheum Theater in LA is a really special place to me—the first big show we ever did. We did one on Halloween in Manhattan that was unique. We took one of the illustrations from the website and cut out a bunch of masks from it, and threw them into the crowd. We ended up all piling out of the venue, hundreds of people going down the street all wearing the same mask. And there were a few shows that we did before my brother died. I always remember those, because I always wish he could be at our subsequent ones.

MJ: Do you think of Daniel a lot when you’re putting together do a show?

JGL: I think of my brother all day long. But hitRECord always makes me feel connected to him. And it makes me feel good that there’s a whole community of people who know who he really was and continue to be influenced by his warmth and his enthusiasm. He really was the most encouraging dude—and that’s at the heart of what hitRECord is. I tend to focus on the art and making it as good as it can be, but what he cared about even more was that people would jump in and participate. What he liked the most, regardless of the end result, was when someone would say, “I’ve never shown anyone anything I’ve written before, but here’s this story I wrote.”

MJ: So, when I asked readers and friends what I should ask you, the vast majority wanted me to propose on their behalf. Whaddaya say?

JGL: Yes, I’ll marry every single one of them! We’ll have our wedding in Luxembourg. On a castle. With a dozen white tigers on each side of the aisle.

Watch the first episode of HitRecord on TV: