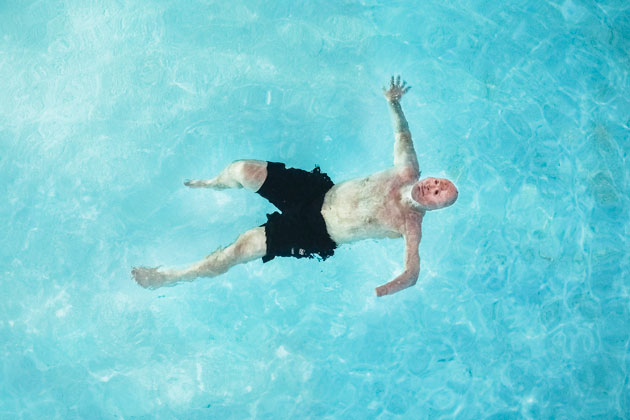 Bobby Henline, maimed by an IED in Iraq, at first prayed God would take him. (Houston, Texas, 2013)

Like many photographers, Peter van Agtmael rushed to cover the wars of his generation—in his case, Iraq and Afghanistan. And, like anyone who goes to war, he came back a different man, deeply affected by his experiences, by the events that took place before his camera and, especially, by the people he met in those countries.

Van Agtmael’s work didn’t end when he returned to the States. He stayed on the story, following American soldiers home, where they struggled to adjust to quieter, but not necessarily easier, lives. He also went to the bases where soldiers train. And then returned to the war zones. The result is a fairly comprehensive view of life before, during, and after a tour of duty.

His new book, Disco Night Sept 11 (published May 9), covers 2006 through 2013 and expands on van Agtmael’s 2009 debut, Second Tour, Hope I Don’t Die (Photolucida), weaving a deeper narrative of war and its effects on the soldiers and their families. The photos don’t appear chronologically, but you may notice that they mature as van Agtmael’s focus changes from bang-bang, life on patrol, and the quirks of war to the men who carry the guns and the people at whom they’re pointed. It’s a transition in perspective that feels natural; it’s not a leap to imagine that this was what it was like for the photographer and the soldiers as they went from experiencing wide-eyed adrenaline rushes to savoring muted moments of introspection. 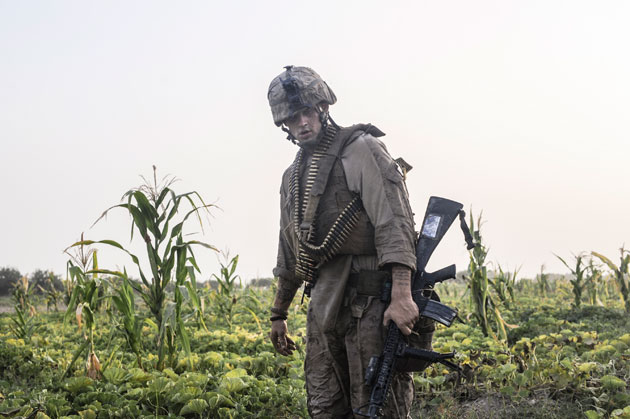 A Marine takes a break after a firefight with the Taliban. (Mian Poshteh, Helmand, Afghanistan, 2009)

As happens in military situations, van Agtmael’s book is peppered with absurd moments. We see soldiers in obviously fake training scenarios, a soldier riding a donkey. And of course there are graphic photos, with lots of blood. But van Agtmael’s style is more often marked by a certain straightforwardness bellied by subtlety, like an eerily quiet photo from Sweden of two trees in a snow-covered field, shot at midnight but haunted a muted blanket of light from the late-setting sun. He shot the photo after returning from his first trip to Iraq; the digital noise in the image adds an uneasiness to an otherwise tranquil picture. 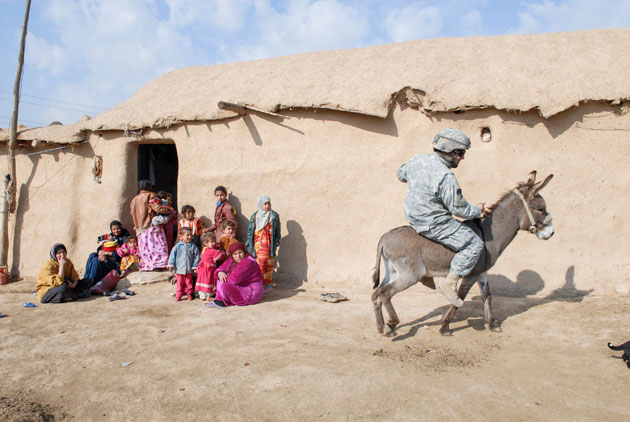 The inhabitants of this isolated village in Nineveh had never seen an American patrol before. The troops took turns riding their donkey and posing with their lambs. (Nineveh, Iraq, 2006)

Readers are treated to generous captions, interviews with subjects, and the photographer’s personal recollections, paired with photos or smart groupings of pictures, all of it working together to draw connections between subjects. The book includes pages that fold out to reveal more images and give more depth to certain photos—for instance, of life at a forward operating base or of a soldier adapting to life as an outpatient at Walter Reed Medical Center. He’s telling, in parallel, two complex stories often told separately: that of fighting a war and that of coming home, of war’s lasting damage. In doing so, he helps us draw a more direct line between cause and effect, between the stress of combat and PTSD, or life with devastating injuries.

In short, this is a smart, important photo book, one that pulls you in easily and makes it difficult for you to put it down. Photographer/writer Jörg Coleberg, a man not given to idle praise, predicts in a review that Disco Night Sept 11 will be “one of the defining photo books of this era, an era that in all kinds of ways is still with us—and it will be until we come to terms with it.” It’s certainly not one that you casually flip through and file away. But the images are of a kind you may indeed file away in your mind for future reference. 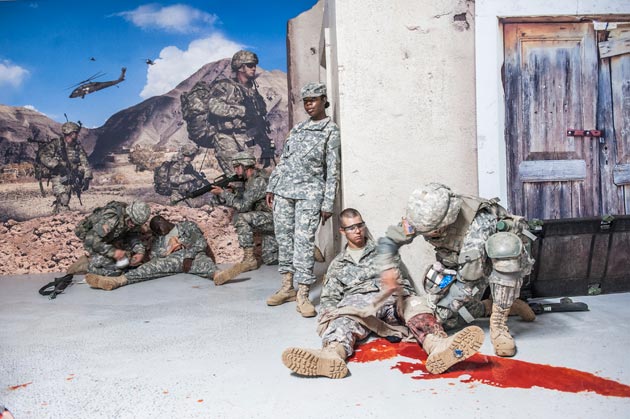 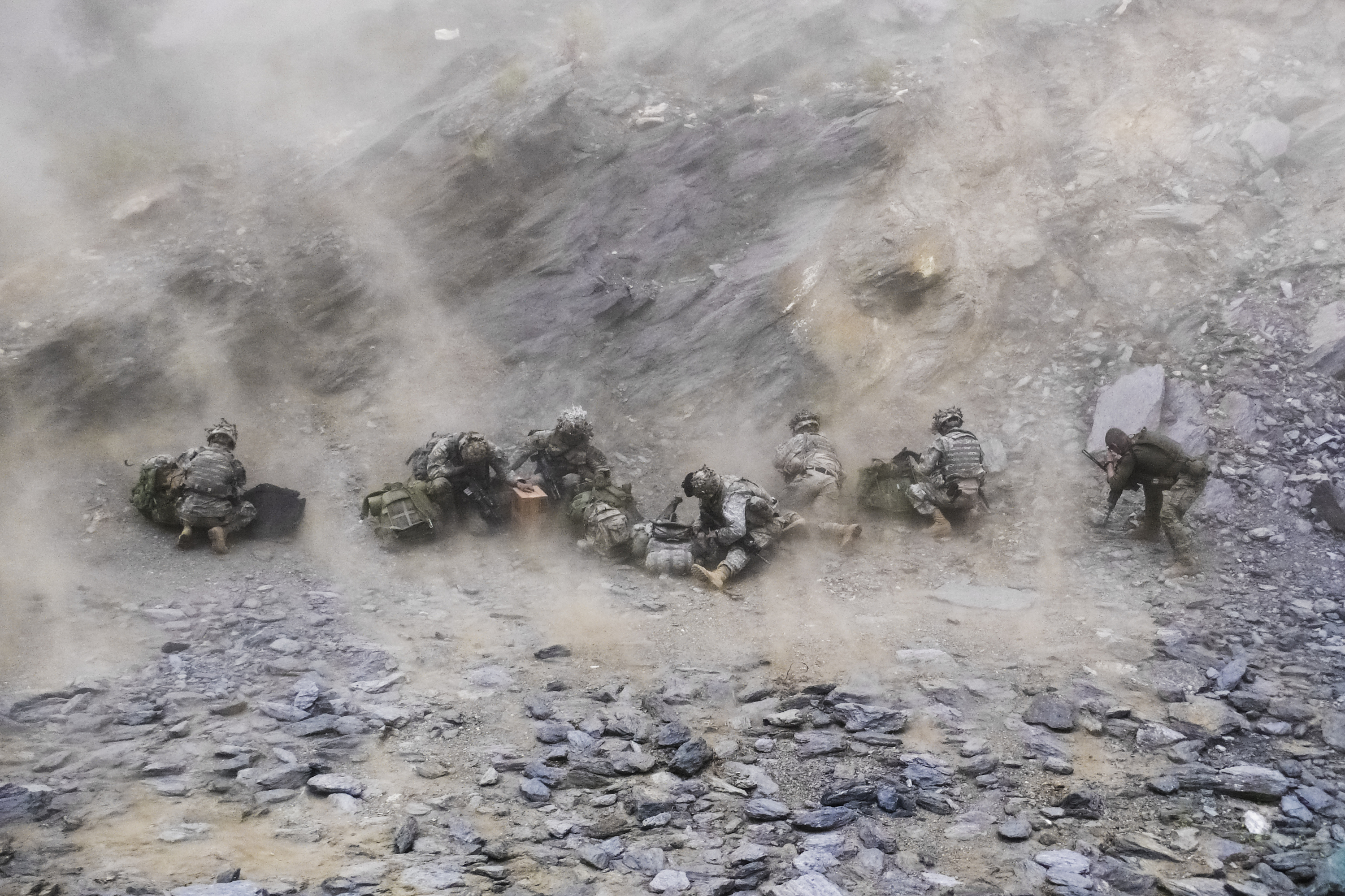 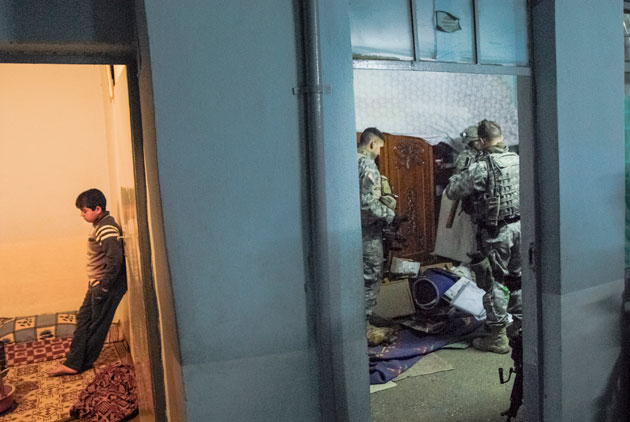 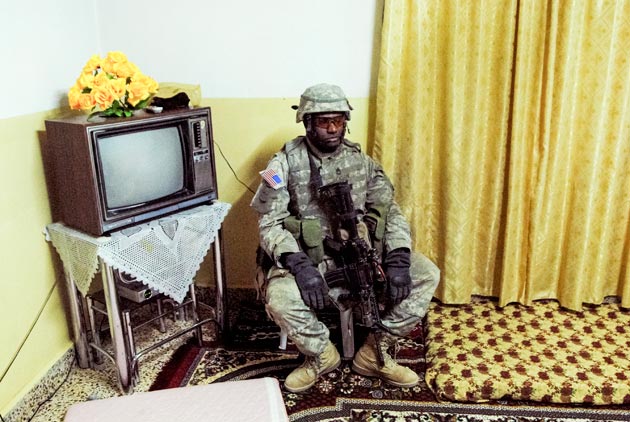 An American sergeant rests as his platoon searches a home for a suspected insurgent. (Rawa, Iraq, 2006) 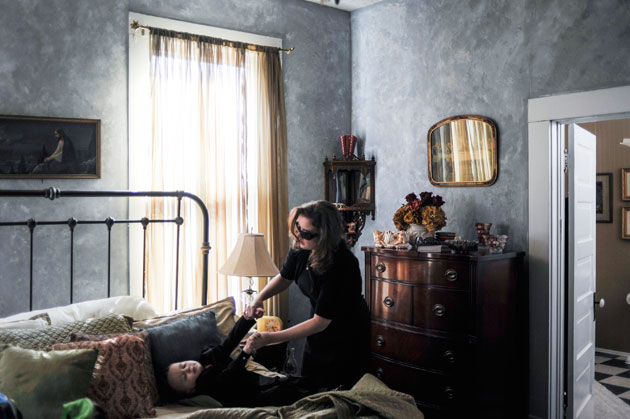 Rosie Ricketts awakens her boy for a service for her husband, Seth, who died in Afghanistan the week before. (Glen, Mississippi, 2010) 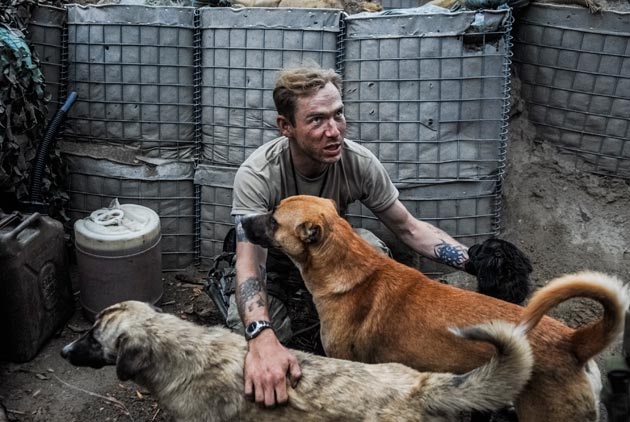 A soldier attends to strays at Patrol Base California, a squalid outpost without running water. (Pech Valley, Kunar, Afghanistan, 2007) 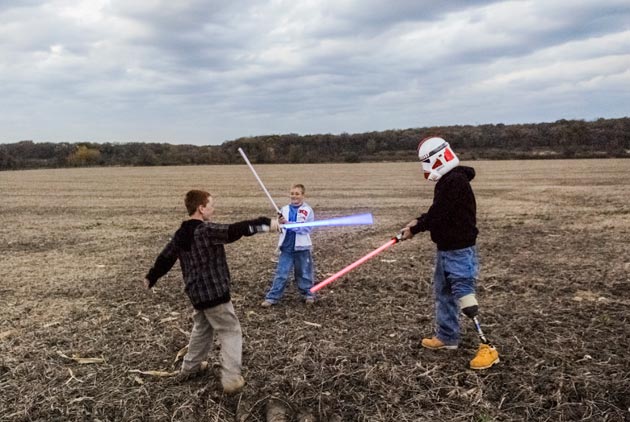 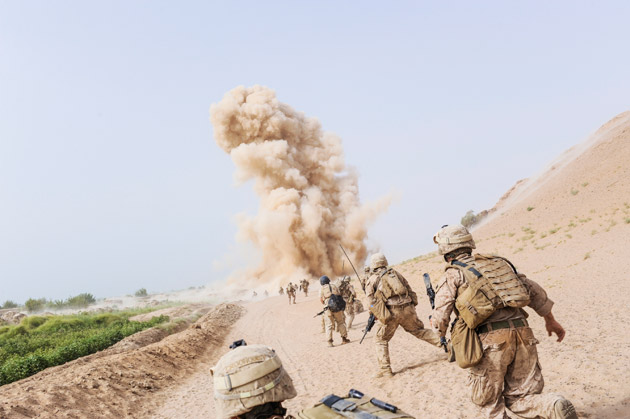 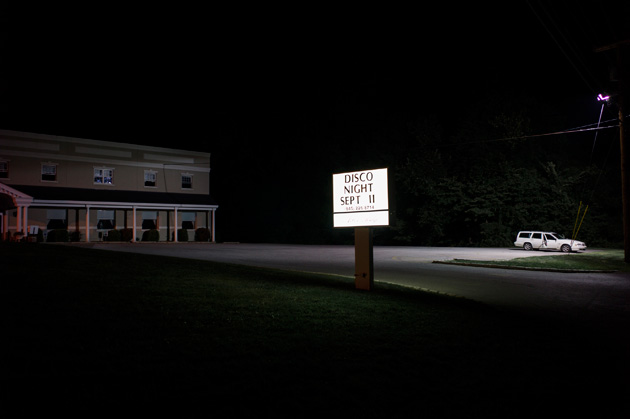