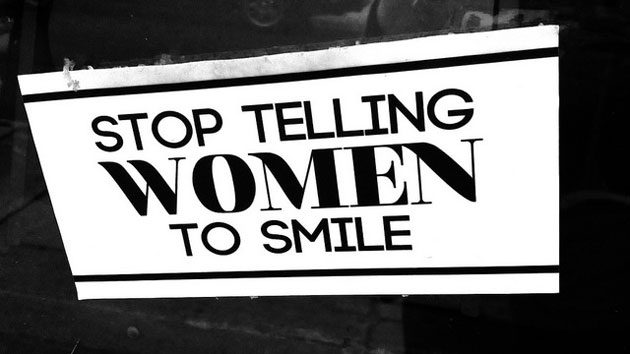 How bad is street harassment in America? Pretty bad, according to a report published this week by Stop Street Harassment, a Virginia-based nonprofit.

SSH commissioned market research firm GfK to run a nationwide survey of 2,040 American adults—the largest such survey ever—to learn about their experiences with street harassment. The resulting report defines street harassment as “unwanted interactions in public spaces between strangers that are motivated by a person’s actual or perceived gender, sexual orientation, or gender expression.” The relative ubiquity of street harassment makes it difficult to quantify, author Holly Kearl explains in the report, because many people “may not even identify what happened as wrong.” In survey findings, 65 percent of women and 25 percent of men reported experiencing street harassment, but given how normalized the experience is, Kearl notes, “the prevalence statistic might be lower than reality.”

The report reveals some other striking data points: Among those surveyed, men were overwhelmingly the harassers of both women and men, and people of color and LGBT people were a lot more likely to say they’d been harassed than white or straight people were. Check out some of the findings below:* 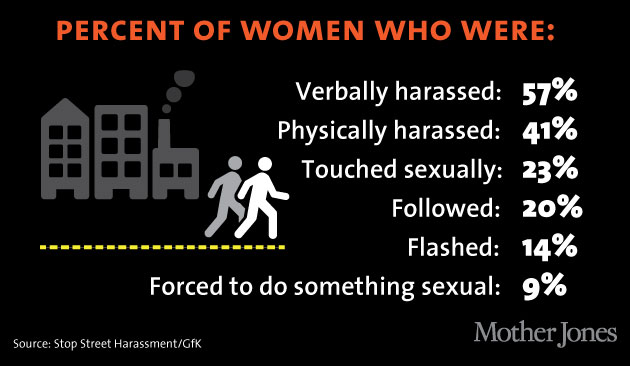 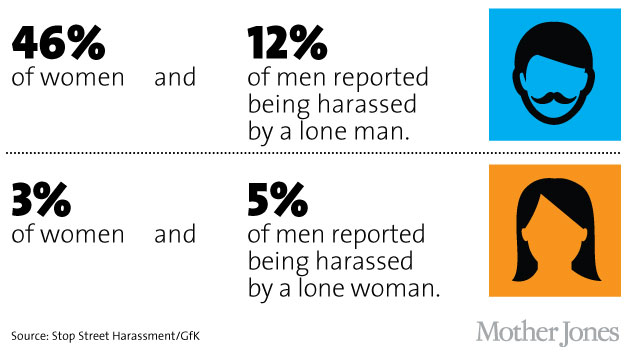 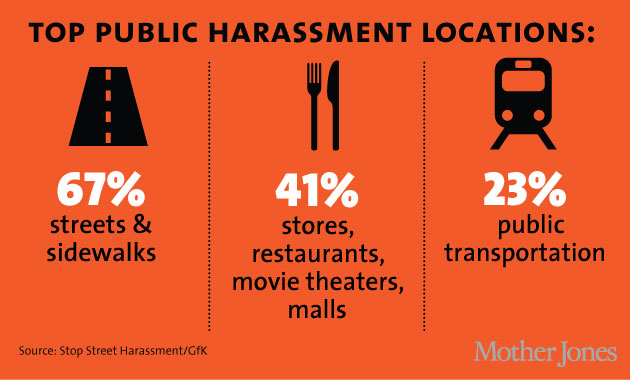 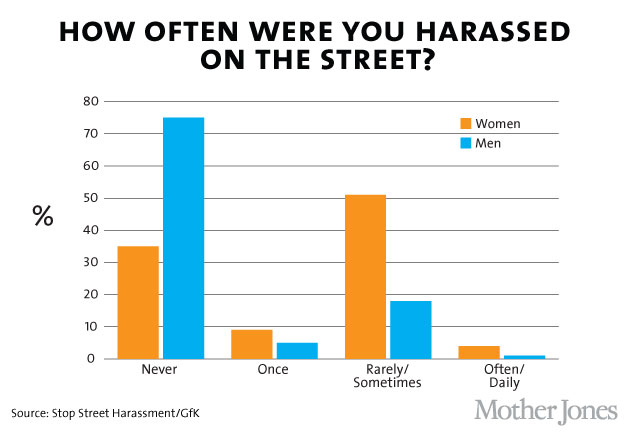 Correction: An earlier version of the second card in this post showed the four bottom percentages as subsets of physically harassed women. In fact, they are percentages of all female respondents.