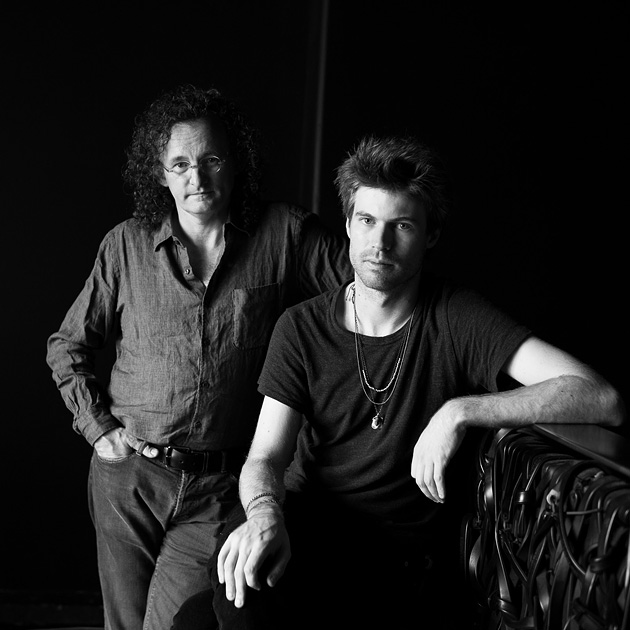 Bartlett, 32, the band’s youngest member and a staple of New York City’s indie songwriter scene, both as a producer and a pianist, may seem like the odd man out, but his interest in Irish music goes back to his childhood. He was first transfixed by Hayes’ performances during a family trip to Ireland at the age of 12, and soon after, precociously booked Hayes for a concert in his home state of Vermont. Hayes, meanwhile, is perhaps Ireland’s foremost traditional fiddler, who learned by ear from his father, the equally renowned P.J. Hayes. I met with Hayes and Bartlett at (le) Poisson Rouge in New York prior to a sold-out show, part of an international tour that continues through November.

Martin Hayes: We first met when Tom was very young and he was with his parents in Ireland, and he came to hear a concert I was playing. They were coming to the shows every night and by the third or fourth gig I figured I better talk to these people and find out who they were. I hope I was nice.

Thomas Bartlett: You were very nice! When I got home, I separately got in touch with his manager to see if he was going to be playing any concerts in Vermont. Martin didn’t realize until he got to Vermont that I was the same kid, or even that I was a kid at all.

Hayes: We basically didn’t know for quite a while that we were being booked by a 12-year-old! But the gig worked out really well. He figured out how to sell out the gig, get the PA, the publicity and everything. I wish all my gigs were as good…

If you keep putting in the same cast of characters, you keep getting the same result every time. So I think it’s important for our tradition to be able to reach out and connect with today’s world, with musicians from very different backgrounds, to find a musical commonality. I knew Tom had been doing all of these things here in New York. I knew that he also had this background with Irish music going way back to his childhood. I just knew he would have all the capacities to knit these things together. We got together to do some jamming in the studio just so see what would come out. We didn’t record it. I felt comfortable taking risks and being free as a musician in his company because he knew what I was about. He knew more about it than I did myself.

Bartlett: For me, it could have been very intimidating coming into this situation, because what Martin and Dennis have been doing together was one of my favorite things that’s ever happened in music. It would have been fairly easy for me to not want to play anything for fear of messing it up, or to try and have as little impact as possible. But Martin’s attitude—everyone’s attitude—has been so welcoming and confident in my being able to find a way into the music that I haven’t been scared. I’ve felt very free to try things out.

Hayes: I’m like the straight guy in a comedy: The thing you do in a band is the thing that you’re best at and the thing that needs to be done. I love just playing the melody. Caoimhín finds that a little less interesting. He likes to experiment as much as possible. So I go, “You take that space; it’s a space you’re really good at.” Thomas and Dennis kind of share a space, but Dennis emphasizes himself a little more rhythmically, and Thomas has taken over more of that harmonic kind of thing.

Bartlett: Dennis can be this incredibly focused energy walking over the melody. That gives so much space for me to play around the edges.

“I’ve never been the heart of an organism that is a band, so that truly is a new experience.”

Hayes: On the album there are two separate strands: One is the traditional tune, which then moves into a slightly improvised vein. Then there’s the traditional song that gets the more contemporary arrangement. Then there are some of the songs in Irish that are really contemporary, melodically. So it’s like the instrumental playing of Irish music and the old Irish singing are both taking two journeys inside this band.

In traditional Irish music, there are a few common forms: There’s a reel, a jig, a slow air—a few different time signatures. They are very straightforward two-part melodies for the most part, and they’re repeated. The idea is that there are subtle variations in the melody that have emotional significance if you get really familiar with it. There’s also the possibility for a gradual mutation and variation to take place, a kind of spontaneous interaction with the melody. That’s the ideal. It has a hypnotic quality in terms of the mantra and repetition, and it has a rhythmic subversiveness in it as well.

I like the thing not to be too locked down so that every night we’re flying by some form of instinct. I look over at Tom when I’m changing a tune. We like it when we’re both looking and we go, “Yeah, this is a good idea.” Mostly everything he suggests is something I agree with. In fact, he gets there before I get there. And I go, “I think I would have thought of that, if I’d had more time.”

Bartlett: Playing was so much my focus for a long time—classical, Irish music, then playing in bands. Then I shelved myself as a player and was much more focused on being a producer. It’s thrilling to be able to flex my muscles as a player again. This group is this crazy playground for me of all these different things I’ve liked during my life. As a 15-year-old I would obsessively listen to Keith Jarrett solo concerts, but there wasn’t a place for me to go with that in terms of accompanying Martha Wainwright. In this, I can live that 15-year-old year old fantasy a little bit.

Hayes: I was living in West Hartford, Connecticut, and I kept thinking, I gotta get out and connect with people; I’m just falling into some kind of suburban existence. I had met up with Tom and it was, “Hey we should hang out, we should jam.” So you know what, I’m going to call him up and we’re going to do something. Separately, Iarla was talking to me and said, “Hey I want to do some stuff with you and Dennis.” I thought Dennis and I wouldn’t really be enough to create the sonic world that would be most appropriate for his singing. I have a sense of the kind of thing he really likes, and I didn’t think we could deliver that, but I knew that Thomas could. So I said, “There’s a piano player you gotta work with.” And Iarla said, “I don’t know this guy, I’m not convinced.” So we had to set up a little event. I had to go, “Tom, come here and play the piano, and Iarla can listen.” When we were done we both looked at him like, “Okay?” And then he says, “Yeah, this guy is great! This is fantastic!” So then we had the bones of it there.

Then, I was sitting around then thinking about what this might be. I realized I’m just gonna get run over by the piano and the guitar, I need more melodic backup. I had already been working with Caoimhín in a trio, and had a good experience with him. So it was just a matter of connecting all the dots. We eventually got everybody together and we just sat in a circle and went, “Okay, what now?” We had a tour booked. The first gig was sold out.

Bartlett: The first gig was at the National Concert Hall in Dublin in a week and we had no material!

Hayes: I was desperately afraid, because we are all whooshy, dreamy types, that we were going to make a band with no balls. I thought that we’d all float off in this dream space. I was a little anxious. Just to get the ball rolling I started to play a tune, and thought Tom would have a hook here. It was a jam/improvisational effort to make enough material. I remember coming out on stage at the beginning of the first show and thinking, “Boy I hope this works,” but after the first piece on the first night I knew we were fine. If everybody is doing the thing they are happiest with in the way that they love most, then we are making music.

Bartlett: It’s very different thing for me because it truly is a band. Doveman has always been me and whoever I have along for that night. I’ve never been the heart of an organism that is a band, so that truly is a new experience. I always hear how terrible it is to be in a band, but so far this one has been lovely. 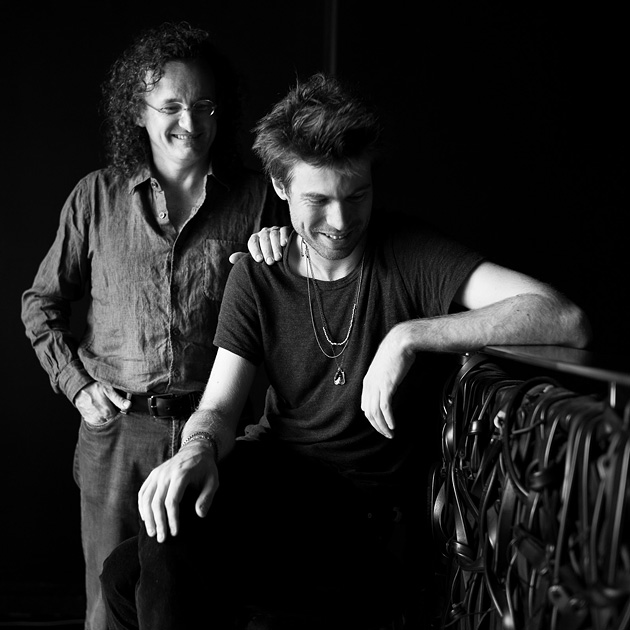