What can you tell about a restaurant from its menu? A lot more than what’s cooking. That’s what linguist Dan Jurafsky reveals in his new book, The Language of Food: A Linguist Reads the Menu. 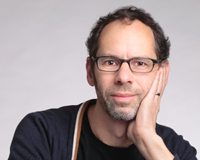 Jurafsky, a professor of linguistics at Stanford, looked at hundreds of examples of food language—from menus to marketing materials to restaurant reviews. Along the way, he uncovered some fascinating patterns. For example: In naming foods, he explains, marketers often appeal to the associations that we already have with certain sounds. Crackers and other crispy foods tend to have names with short, front-of-the-mouth vowels (Ritz, Cheez-Its, Triscuits), while rich and heavy foods have longer vowels that we form in the back of our mouth (Rocky Road, Jamoca Almond Fudge). He also describes the shared linguistic heritage of some of the most common food words. Take salad, sauce, slaw, and salsa: All come from the Latin word sal, meaning “salted.”

But it’s Jurafsky’s menu analysis that really stands out. Where most of us see simply a list of dishes, Jurafsky identifies subtle indicators of the image that a restaurant is trying to project—and which customers it wants to lure in. I asked Jurafsky to examine the menus of Taco Bell and its new upscale spinoff, US Taco Co., whose first location just opened in Southern California.

We started with Taco Bell’s breakfast menu. Of course, everyone knows that the Tex-Mex fast food chain isn’t exactly fine dining, but Jurafsky pointed to some hidden hallmarks of down-market eateries’ menus.

The first thing that Jurafsky noticed about Taco Bell’s menu was its size: There are dozens, if not hundreds of items. “The very, very fancy restaurants, many of them have no menu at all,” Jurafsky says. “The waiter tells you what you’re going to eat, kind of. If you want, they’ll email you a menu if you really want it.” 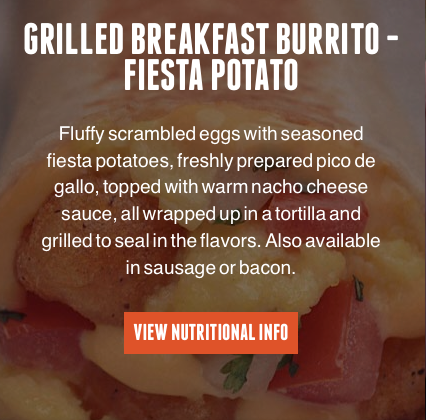 Next, Jurafsky picked up on descriptors. “So there’s all of those adjectives and participles,” he says. “‘Fluffy. ‘Seasoned.'” That’s one thing that’s common on cheaper restaurant menus—as if the restaurant feels the need to try and convince its diners of the quality of the food. A fancier restaurant, he explains, would take it as a given that the diner expects the eggs to be fluffy and the pico de gallo to be freshly prepared. 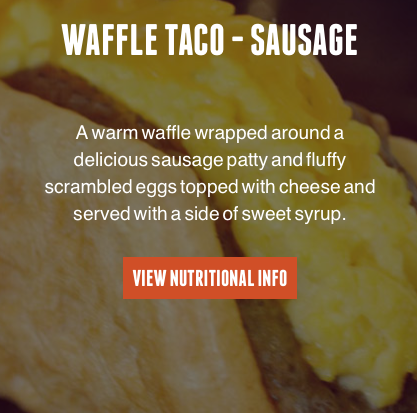 “Notice the word ‘flavorful,’” Jurafsky says. “The cheapest restaurants use these vague, positive adjectives. ‘Delicious.’ ‘Tasty.’ ‘Scrumptious.’ Wonderful. Again, more expensive restaurants take all that as a given.” 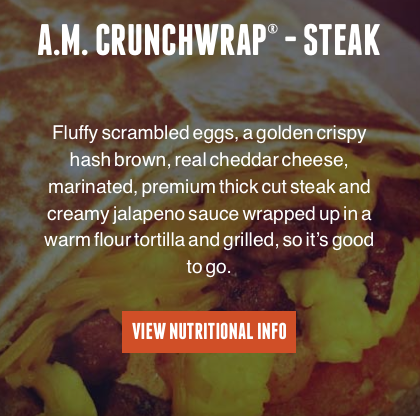 “The description specifies ‘real cheddar cheese.’ Just like all the other adjectives, ‘real’ tells you that they think customers are assuming that the cheese is not real, so they have to tell you that it is.” Also, note that the word “jalapeño” is missing its tilde—the little squiggle over the “n” that signifies a “nye” pronunciation in Spanish words. Jurafsky isn’t sure whether the missing “ñ” is linguistically meaningful, but keep it in mind, because it will become important when we look at US Taco Co.’s menu. 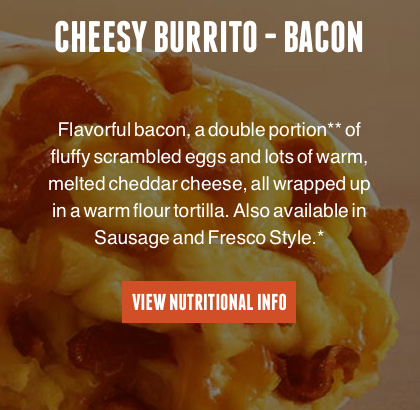 The words “double portion” and “lots” are also typical on the menus of cheap restaurants, says Jurafsky. “They want you to know you’re getting enough food for your money.”

Next, we turned to US Taco Co.:

“This is a hipster menu,” Jurafsky says. “This isn’t a linguistics thing, but there’s a Day of the Dead skull on top and the desserts are served in mason jars. I mean, how hipster can you get?”

Let’s take a closer look at some of the menu items: 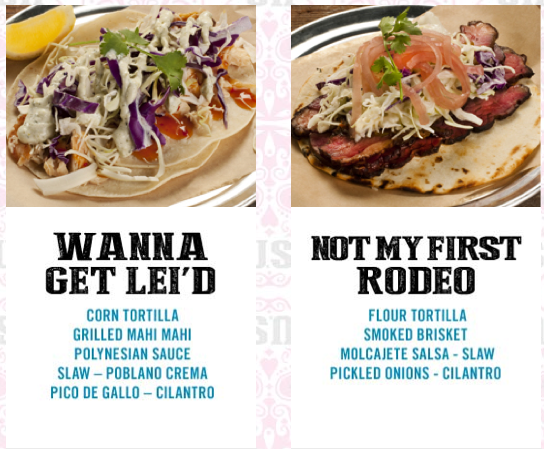 Also, in “Wanna Get Lei’d” there’s a reference to sex. Jurafsky explains that we often use sex metaphors to talk about fancy food, while for cheaper food, the metaphor of choice is often drugs. “The wings are addictive, or the chocolate must have crack,” he says. “There’s something about inexpensive foods that make us feel guilty. Talking about it in terms of drugs lets us put the responsibility on the food, not on ourselves.” 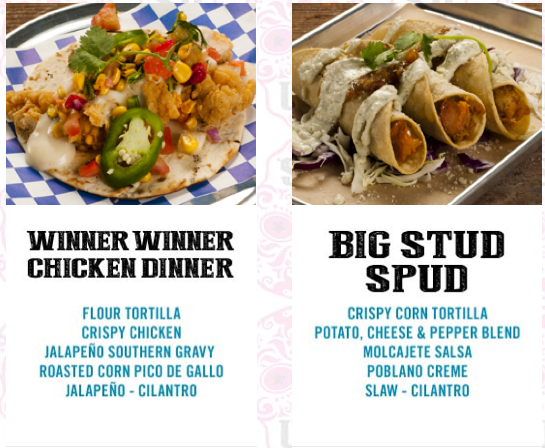 “There are more unusual Spanish words on this menu,” he says. Taco Bell has “burrito” and “taco.” Everyone knows those. But “here we have ‘molcajete’ and ‘cotija.’ Every item has at least one Spanish word. And there’s the “ñ” in jalapeño! For Taco Bell, there might be tension between English and Spanish. In a hipster place, it’s okay to be authentic.”

Of course, says Jurafsky, language trends are always evolving. What we consider hipster menu language now is not the same as it was a few decades ago. In his book, Jurafsky notes that for most of the last century, trendy restaurants used French words to signify their status (think au jus, a la mode, and sur le plat). To the modern ear, these sound pretentious. Today’s fashionable restaurant menus have replaced French phrases with “carefully selected obscure food words and pastoral images of green pastures and heirloom vegetables,” he writes. That is, “if they offer you a menu at all.”