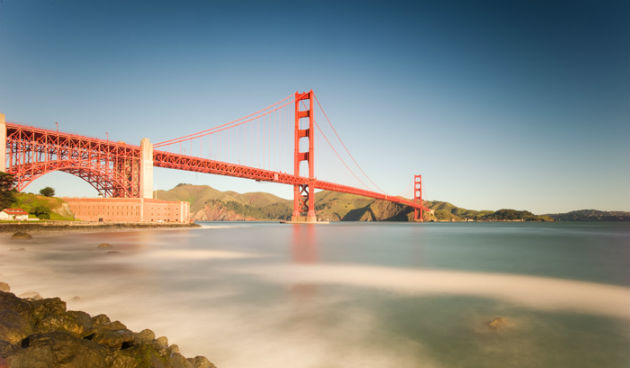 Back when editor Doug McGray was envisioning what he wanted his future magazine to look like, he thought about landing at the San Francisco airport. “If I fly to New York for work, when I come home and get off the plane, California looks different,” he says. “The quality of light is different.”

The first issue of California Sunday Magazine lands this Sunday, October 5; it’s a new publication that’s (gulp) in print and (gasp) not based in New York. McGray sees his brainchild as “palpably Californian,” written for a national audience but “inspired by the visual and entrepreneurial culture of the West.”

McGray has spent years working for several publications that define themselves by geography, or at least reference it in their titles: the New Yorker, the New York Times Magazine, and This American Life. Since 2008, he’s been focused on a project so location-specific that if you’re not in the right room on the right night, there’s no way to see it: Pop-Up Magazine, an unrecorded live event whose “issues” consist of performances by authors, illustrators, filmmakers, and graphic designers. (My colleague Michael Mechanic wrote about Pop-Up in a December 2012 issue of Mother Jones).

After Pop-Up Magazine sold out San Francisco’s 2,700-seat symphony hall one night in 2012, McGray started thinking he could do more with the community the project had created. He loved the way it brought people together around stories. A magazine seemed like a logical next step.

He teamed up with Digg publisher Chas Edwards, and early this year the pair announced that they were starting Cal Sunday. Creative director Leo Jung, formerly of Wired and the New York Times Magazine, and photography director Jacqueline Bates, who was the senior photo editor of W Magazine, were early hires.

Why launch a new print publication on the opposite coast from the country’s magazine publishing hub? Being at the heart of so many American subcultures, from tech to entertainment, makes California inherently interesting, McGray says. “One of the reasons the media industry is overconcentrated on the East Coast is that it’s been overconcentrated on the East Coast,” he says. But now, he adds, “I don’t think you need to convince people on the East Coast that things happening in California are important.” California Sunday‘s reporters will range outside the Golden State, too, covering the West, Asia, and Latin America.

McGray expects that the “Sunday” part of Cal Sunday‘s title will also shape the magazine’s identity. Print issues will be delivered with Sunday editions of the LA Times, the San Francisco Chronicle, and the Sacramento Bee. Cal Sunday will also be available online, through apps for Android and iPhone, and by Kindle. By launching on multiple platforms at once, he hopes to avoid the “rough transition to digital” that some print publications have struggled with. Prospective readers curious about what’s in the first issue will have to get their hands on a copy—McGray isn’t telling. But he shared three adjectives he hopes it will evoke: “Smart, surprising, and beautiful.”