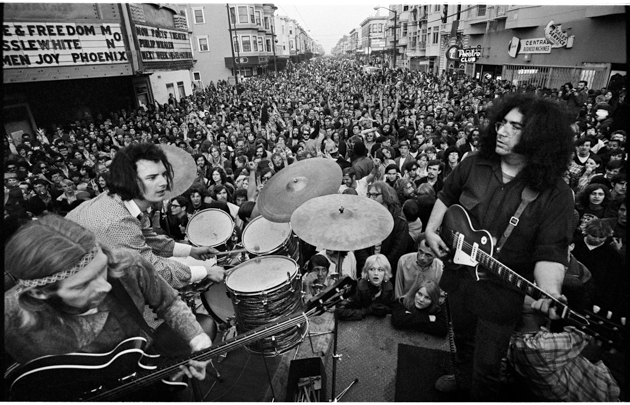 Jim Marshall’s name is often accompanied by adjectives such as “indomitable,” “legendary,” “genius,” or “whirlwind.” And not without reason.

Apart from being in the right place at the right time—San Francisco’s music scene in the mid-1960s—Marshall had the right personality to get up close and personal with the bands who would provide the soundtrack to a generation. More importantly, he was simply a great photographer. As such, Marshall created some of the most iconic images in rock and roll history.

You know that famous shot of Johnny Cash flipping off the camera? Marshall. The Allman Brothers cover where they’re all sitting in front of their road cases? Marshall. The Beatles running across the field at Candlestick Park for their last concert? Marshall. Just about any photo of Janis Joplin that comes to mind. Jim Fucking Marshall. Hendrix. The Dead. The Who. The Stones. Zepplin. Little Richard. Chuck Berry. Neil Young. He shot ’em all, and many, many more. 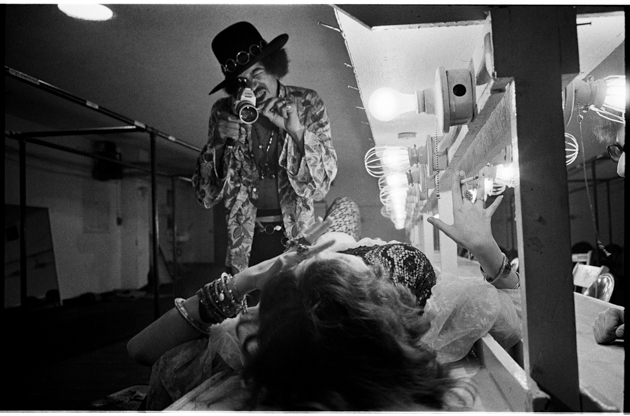 A new book, The Haight: Love, Rock, and Revolution (Insight Editions), thoroughly documents the genesis of the Haight-Ashbury scene. Marshall was there in the earliest days, when the Charlatans, the Great Society, the Warlocks/Grateful Dead, Big Brother & the Holding Company, Quicksilver Messenger Service, the Jefferson Airplane, and other bands were just beginning to spin their wheels, and the SF acid/psych-rock scene was just getting rolling. 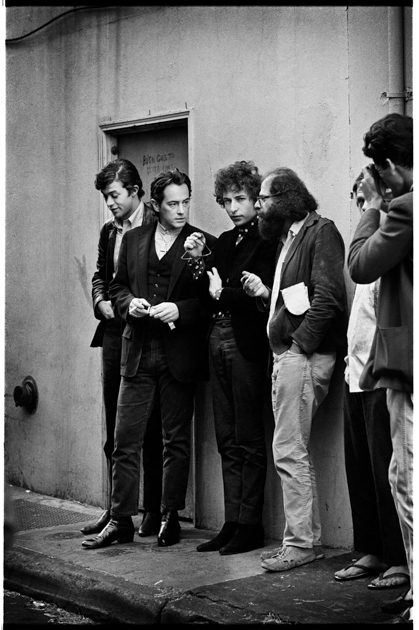 The book, which goes on sale on October 14, includes lots of live concerts and behind-the-scenes photos of young rockstars with careers on the rise. There are also portraits, protests, reportage: Marshall shot it all. That’s what makes this book so great: the top-to-bottom, inside-out coverage of the entire scene. He gives us a real taste of what it was like to be in the midst of things. 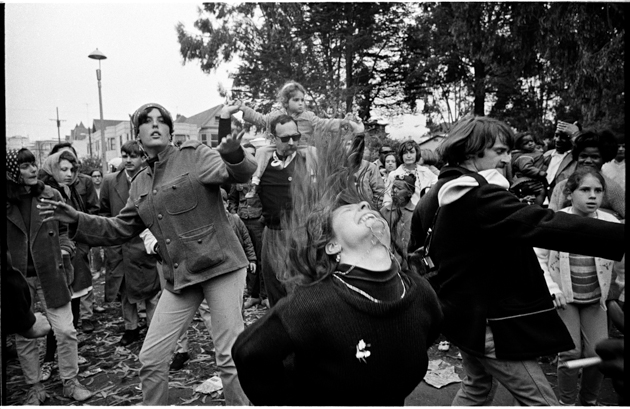 Dancers in the Panhandle, San Francisco, 1967 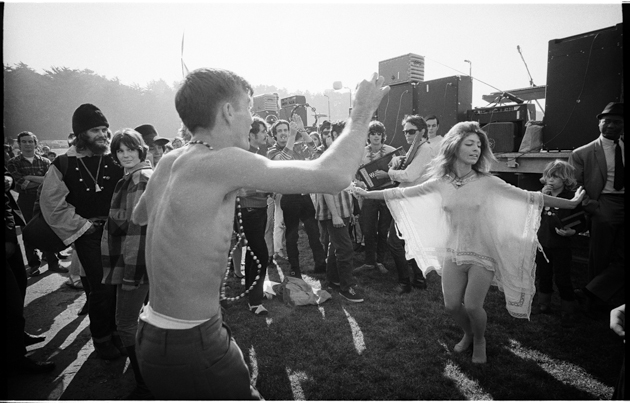 Starting from the scene’s origins, The Haight continues through the period when LIFE was doing regular features on the hippies and the bands were starting to get too big for the Panhandle, and concludes in 1968 with the Dead’s final street show: “One last time the band pulled out their gear, trundled down the hill, and played for free in the San Francisco sunshine.”

The musicians Marshall shot would go on to become staples of the American music landscape, and these photos are every bit as culturally important, They are as much a part of that landscape as the music itself. 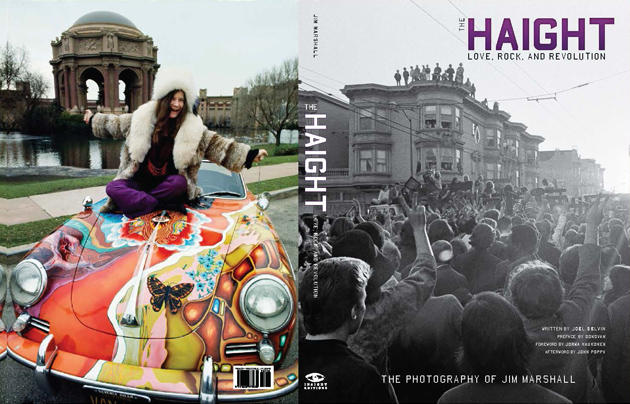