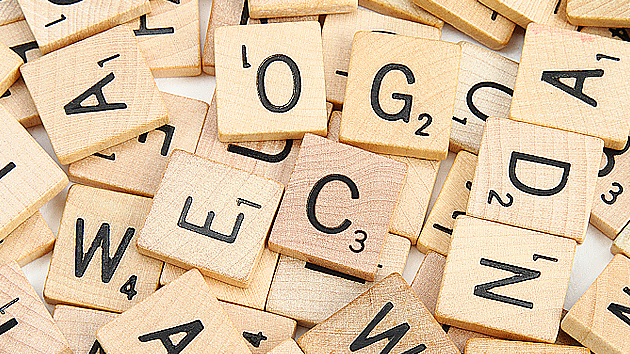 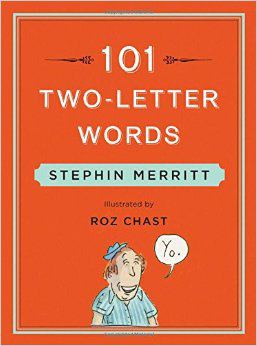 Stephin Merritt, the singer for the Magnetic Fields, refuses to play Scrabble with me.

I can’t help but be a tiny bit disappointed. The ubiquitous word game, after all, is the reason I’m sitting down with him in this San Francisco bakery-cafe. Merritt is in town promoting 101 Two-Letter Words, a collection of poems—illustrated by the loveably oddball New Yorker cartoonist Roz Chast—that he wrote to help himself remember the shortest words in Scrabble’s official dictionary.

But when I challenge him to a match, Merritt shakes his head. “The last time I attempted Scrabble with an interviewer,” he says in his slow, gravelly voice, “I accidentally stole 12 tiles from the Bryant Park public Scrabble set.”

Perhaps it’s no surprise that he doesn’t want his attention divided. Merritt isn’t known for doing things halfway. His band’s best-known record, the aptly named 69 Love Songs, is a three-volume epic that ranges from gospel to punk. On another album, i, every song title begins with the letter I.

He’s also not fond of repetition. In addition to his work with the Magnetic Fields, Merritt has written several Chinese operas, a score for a silent film version of 20,000 Leagues Under the Sea, and music for the audiobook of Lemony Snicket’s A Series of Unfortunate Events. This poetry collection is his first. “I think I would get bored easily if I did the same thing again and again,” Merritt says, so “I don’t.”

The idea for 101 Two-Letter Words, which hit bookshelves at the end of September, came to him while he was on tour playing Scrabble and Words With Friends to kill time in hotels and airports. His opponents included a copyeditor, a journalist, and the novelist Emma Straub. He found himself losing often. So, in a ploy to remember strategically important words like “aa” (a type of lava) and “xu” (a unit of currency), he began composing quatrains for each. 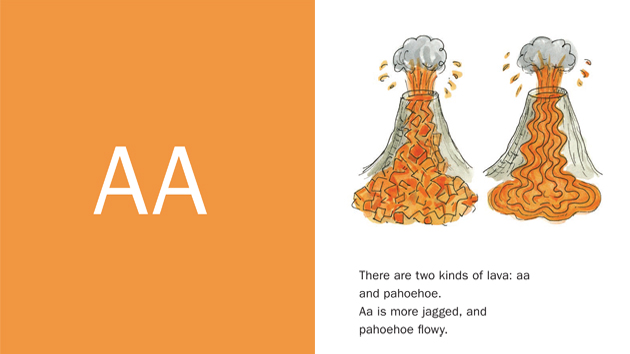 “After a few,” he writes in the book’s introduction, “I thought I’d better write all of them down, and how better to do that than to write a book? I never finish anything without a deadline anyway.”

To accompany it, Chast has drawn what Merritt describes as “an ugly American tourist couple with his/her shirts.” His shirt says, “Be yourself.” Hers says, “I’m with stupid.”

“It blew me away,” Merritt says. 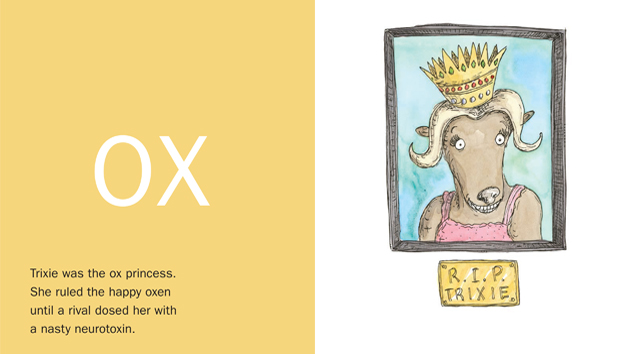 The book owes much of its aesthetic to Edward Gorey, whose unsettling illustrated books Merritt grew up on.

“As a child with dark, morose-looking eyes, I looked like an Edward Gorey character,” he tells me. “I guess I knew that I was going to meet some horrible end. Impaled by a candlestick or something like that. Sucked into the pneumatic tube in the department store.”

Merritt never considered setting the poems to music, he says. Each song would have been only about 15 seconds long—not enough to jog his memory. But some aspects of his creative process are consistent, no matter the medium. He prefers to work in the nearest gay bar (loud, drunk straight people annoy him), with a cocktail in one hand and his notebook in the other, trying to tune out the television and let his brain wander. If he’s at home, he says, there are too many other pressing things for him to do. 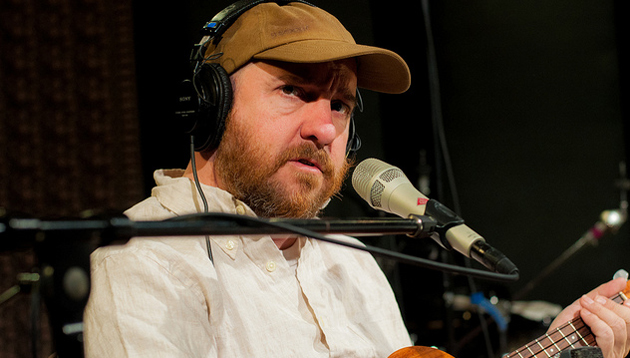 I ask him whether thematic constraints, such as writing only love songs or focusing on two-letter words, help stimulate his thinking. He frowns. “It puzzles me that people keep asking me that, he says, because doesn’t everyone give themselves thematic constraints in their work? Isn’t that what a work is?”

“Yes, definitely,” I counter. “But not everyone makes an album where every song begins with I.”

“The Rolling Stones have sounded like Muddy Waters for 50 years, and no one has said, ‘Don’t you find that limiting?'”

“No,” he says. “I think most people make albums where everything is more similar than I do. People make albums with only five instruments on them, doing more or less the same thing again and again for the entire album, and no one bats an eyelash. If I did that, I would be bored, and so would the audience. Everyone has constraints; I just have unusual constraints, I think. The Rolling Stones have sounded like Muddy Waters for 50 years, and no one has said, ‘Don’t you find that limiting?'”

With this book, Merritt says, he didn’t even choose his own constraints. He had a specific set of words he wanted to learn, and there happened to be 101 of them. He adds that he’s always been drawn to small things: He plays the ukulele, he drives a Mini Cooper, and his pet chiuahua Irving (after Irving Berlin) slept in his shirt while he wrote some of the poems.

Merritt has a theory about the origins of this affinity: “I’m 5-foot-3.”

So, I ask, have the poems succeeded? Is he now better at Scrabble?

Without a doubt, he says. And his mother is too, ever since he gave her a copy.

“It’s not like I have a moral crusade to help people improve their game,” he adds. “But why not? It makes the world a little more fun.”