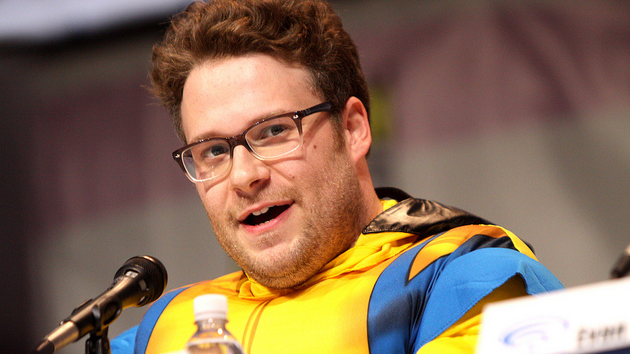 As the conflict known as #Gamergate continues roiling the internet, some #Gamergaters have been surprised to find that their geek idols aren’t exactly on their side. Take, for example, science fiction author William Gibson, coiner of the term “cyberspace,” who retweeted this on Tuesday:

Confess I’d never heard of #gamergate till tonight. But reassured that there are vast unknown fields of crazy remaining to explore.

“Fuck. Fuck. Fucking hell,” an 8chan user wrote on the site’s GamerGate message board after reading through Gibson’s Twitter feed. “I have been waiting for his new book forever but now I dont even want to buy it…I feel devastated.”

Dozens of irate gamers responded with the names of other fallen heroes who’ve “betrayed” them by criticizing macho video game culture. Here’s a sampling of the offending tweets:

From screenwriter and director Joss Whedon (Buffy the Vampire Slayer, The Avengers):

TERRORISM ISN’T BLOWING THINGS UP. IT’S USING THE FEAR OF VIOLENCE TO COW US AND CONTROL OUR ACTIONS. http://t.co/piK9w1cqNC

.@assclit I’m not a gamer. The misogyny of “GamerGate” sickened me, which you could have learned with two clicks of research.

From actor and filmmaker Seth Rogen (The 40-Year-Old Virgin, Knocked Up):

(Adam Baldwin has been one of #Gamergate’s most outspoken supporters.)

From actress Felicia Day (The Guild):

I think everyone who makes games should watch this video from start to finish. http://t.co/5W56lFNVp2

Gamergate gets me pretty fucking down. Well, see ya

Lamented another 8chan user, with no apparent irony: “Unfortunately even misinformed people can put out their opinion on whatever they want, and they’ve got a large platform to do it with via the internet.”