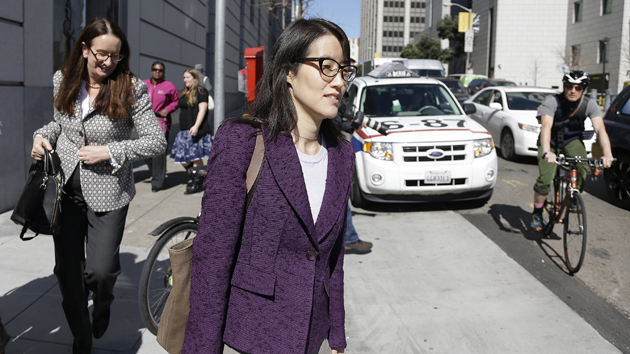 Ellen Pao leaves the courthouse during a break in her trial.Eric Risberg/AP

Former venture capitalist Ellen Pao says the big-name VC firm she worked for, Kleiner Perkins Caufield & Byers, failed to promote her because she’s a woman. She says she was pressured into an affair with a coworker and was fired when she complained, and she’s suing the firm for $16 million on charges of gender discrimination and retaliation. Kleiner claims the affair was consensual, and says Pao—now the interim chief executive of Reddit—didn’t thrive at the firm because she “lacked the ability to lead others, build consensus and be a team player.”

The trial kicked off last week in San Francisco and is expected to last five weeks. It’s offered a rare glimpse into the nutty and secretive world of the Silicon Valley elite, where cases of this rank usually settle rather than go public. A few of the details we’ve learned so far: