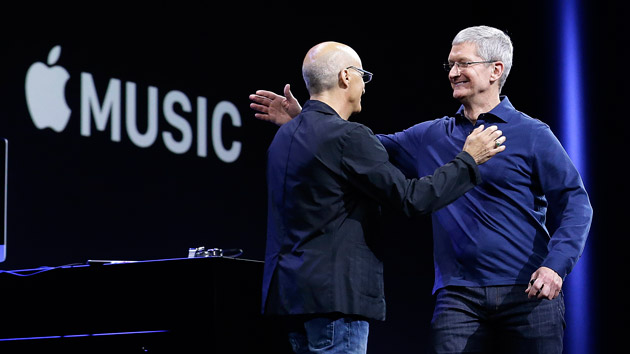 Just as Apple catapulted into the music streaming industry at its annual developer conference earlier this week, state and federal investigators, the Department of Justice, the Federal Trade Commission, and even the European Commission were poking around to see if the multibillion-dollar tech giant had violated antitrust laws.

On Tuesday, the New York Times reported that attorneys general in New York and Connecticut were examining whether Apple pressured or colluded with labels to pull listeners away from free streaming services offered by companies like Spotify and YouTube in favor of its own paid product, Apple Music. Days before its unveiling, Apple had been negotiating with music labels over terms, according to Bloomberg News; the labels were fighting for a larger cut of revenue than they currently receive from Spotify. The Verge reported in May that Apple offered to pay YouTube’s music licensing fee if Universal Music Group, the world’s largest music corporation, blocked its music from hitting the site.

In a letter to the New York attorney general, UMG denied wrongdoing and noted it had not made agreements with Apple, Sony Music Entertainment, or Warner Music Group to “impede the availability of third-party free or ad-supported music streaming services.”

But this isn’t the first time Apple has been at the center of questionable antitrust practices. Here are a few other instances in which the tech giant has been under scrutiny: