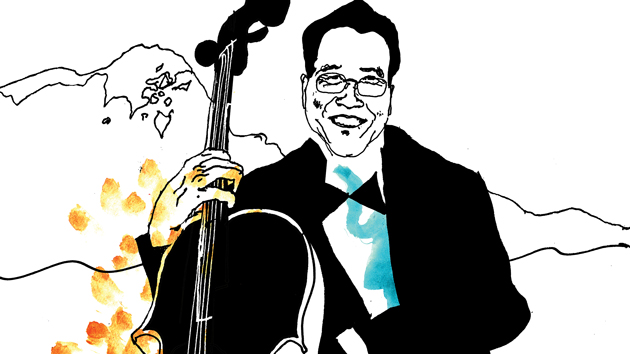 In 1962, a very young Yo-Yo Ma walked onstage in a suit and tie to play one of his first high-profile concerts—for President John F. Kennedy. “Here’s a cultural image for you to ponder as you listen,” conductor Leonard Bernstein told the crowd. “A seven-year-old Chinese cellist playing old French music for his new American compatriots.” This, Bernstein said, was a perfect example of the “double stream of art…flowing into and out of America.” More than 50 years later, Ma—who was born to Chinese parents in Paris and moved to the United States at age seven—has racked up 17 Grammys, a Presidential Medal of Freedom, and a National Medal of the Arts. Many view him as the world’s greatest cellist, maybe ever.

Yet in some ways little has changed. Ma, who calls himself a “cultural citizen,” continues to exemplify the melting pot Bernstein described all those years ago. In 2000, he formed the Silk Road Ensemble, a collective of musicians and composers from more than 20 countries, as a “lab” that creates works from a variety of traditions. Sing Me Home, the group’s new album, out this week, explores the concept of “home” through myriad genres, from Irish marches to Malian folks songs. To celebrate the occasion, I caught up with Ma to discuss creativity, stage fright, and his lifelong love of the bass line. 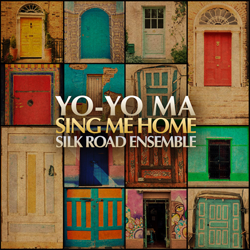 Mother Jones: Tell me more about the concept of Silk Road Ensemble.

Yo-Yo Ma: It’s about building bridges and not walls. As a musician, traveling all around, you’re always seeing different perspectives. So what does the world look like from Pakistan? From Buenos Aires? The assumption is that every human society expresses itself in music, in sound, in words, visually. In essence, it’s like studying creativity. What happens when people actually meet, and what happens to their sounds?

MJ: What do you make of Donald Trump’s border wall?

YYM: Mexico is a huge country, and to demonize a whole population is not a good conversation to start. I think there’s something worrisome when there’s the arrogance of certitude.

MJ: Has collaborating with so many nonclassical artists changed your approach to classical music?

“I was given a violin when I was little and I just sounded terrible…It wasn’t interested in me!”

YYM: Totally. Playing music, you use all of yourself. All your knowledge, all your experience, all your intuitive skills come into play. When performing, you can’t compartmentalize. So if you have new worlds open up—different disciplines or different ways of thinking or different cultural values—then you actually broaden your view of humanity, your understanding of human nature and the forms that it can take.

MJ: How did you end up choosing the cello?

YYM: It’s a funny story. I was given a violin when I was little and I just sounded horrible, so I wasn’t interested. [Laughs.] It wasn’t interested in me! I didn’t do anything until I saw a double bass at the Paris Conservatory. I said I wanted to play it. Is that like a four-year-old saying, “I just want to play the biggest thing?” Possibly. We compromised on the cello. I still love the double bass. Wynton Marsalis likes to say, the bass line in the jazz group, that’s the blue-collar worker. That’s the guy who’s building your streets. You may not hear it all the time, but if you take it away, everything falls apart.

MJ: I notice that you play the bass line a lot in Silk Road Ensemble.

YYM: Everybody else does all the work and I’m just listening! [Laughs.] 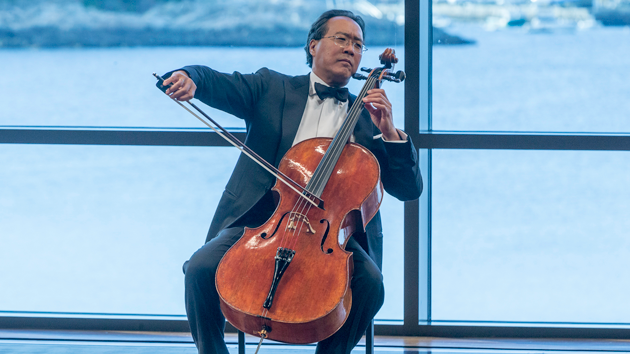 MJ: How did your parents help train you as a musician?

YYM: My mother was a singer and my father was a composer, musicologist, and string player. My father was very analytical, so I had really good training in that way. I started playing the Bach Suites—the first suite is all about patterns and change—just little snippets at a time, two measures a day. By connecting them, you actually are figuring out in a pretty substantial way, what are the patterns? So in a short time, I was able to learn a lot of music. A little bit is doable. It’s not Mount Everest—it’s a mole hill. My father would say, “If there’s something that’s very difficult, split it into four parts where you can actually solve a problem by first solving little problems.” That was an unbelievable time-saver later on. And my mother really addressed the idea that you acquire technique in order to transcend it. Because the point of music is to be moved. Just because you can play a piece doesn’t mean you’re reaching deep inside somebody else.

MJ: Were you self-motivated or did your parents push you to practice?

“My favorite way [to handle stage fright] is to imagine that I’m throwing a party. When I’m on stage, I’m the host.”

YYM: It was both. I always tell kids, “Are there times when you feel like time is so slow, an hour will just never end, and other times an hour feels like 30 seconds?” They nod. I say, “Well, you hold the key to this, because if you’re deeply involved in something, your perception of time becomes much shorter.”

MJ: What’s your approach with your own kids?

YYM: Yeah, because I didn’t want to impose. But my wife, who loves music, said, “This is the family business. They should know!” In hindsight, of course, I agree with her—in the sense that it’s a deep part of my life. Yesterday at this master class, I was asking how many people have music going through their heads during the day? And a large proportion of people do. That’s a measure of what’s going on in your subconscious. To have that ability to locate memory or emotion or time or events is something that music does.

MJ: When you moved here from France, did you find yourself relying on music to express what you couldn’t communicate in words?

YYM: Music definitely is the easiest way for me to express myself. I do struggle with words. I have a better feeling—not that I speak French that well—for the beauty of French than English, because that’s an earlier skill that was embedded growing up.

MJ: How do you deal with stage fright?

YYM: My favorite way is to imagine that I’m throwing a party. When I’m on stage, I’m the host. Everybody wants to have a good time. If something falls apart, that should not ruin or affect the totality of the time spent at a party. Because something is always going to go wrong. If you get really hot and bothered about it, it’s going to affect a guest’s enjoyment—and your own. So let things go! Also, we live a life where we’re constantly being judged. The point of performing is not being judged—it’s about sharing things. But you need to have something to share that you think is really worthwhile. If you’re convinced of that, then you find the technique to make that possible.