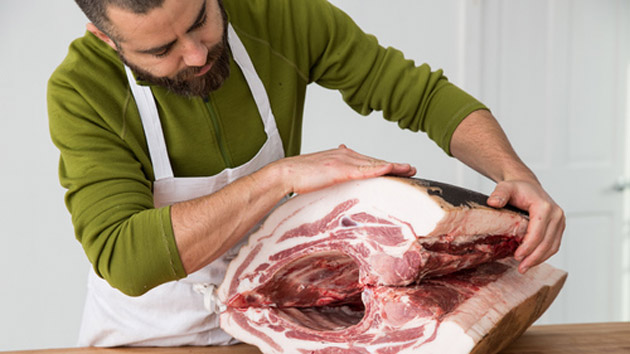 Another episode of Bite, our food politics podcast, is out today and available for download. You can find it along with our previous episodes here, or by subscribing in iTunes, Stitcher, or via RSS.

Close your eyes and picture dinner. There’s a good chance you imagined a piece of meat nestled in some mashed vegetables and maybe a salad, right? For decades, that’s been the typical American meal. “It’s a Western civilization concept that comes from the French tradition of cooking,” said Amanda Cohen, one of the guests on this week’s episode of Bite.

Cohen is the vegetarian chef-owner of the restaurant Dirt Candy, which has remained one of New York City’s hottest restaurants since it opened. She’s become famous for rethinking the ingredients or dishes we thought we knew, and turning them inside out—concocting things like portobello mousse, broccoli “hot dogs,” eggplant tiramisu.  And she does so without braising a single pork belly. 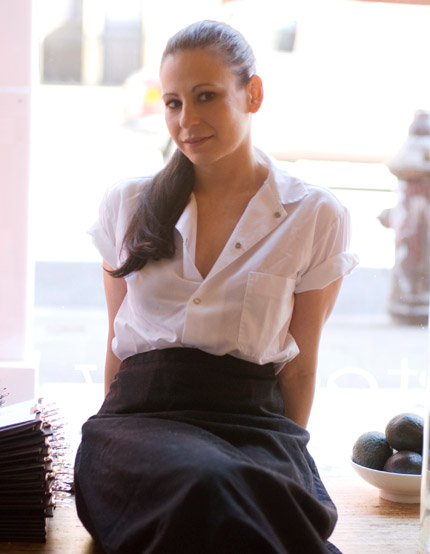 Though this vegetable takeover might sound distinctly un-American, it’s not such a foreign concept elsewhere: “If you look at other countries and other types of cuisine, you see a lot less meat,” said Cohen. “It’s a luxury ingredient and not supposed to be the main part of the meal.”

This mentality is music to Adam Danforth‘s ears—which might be a little surprising, because Danforth is a professional butcher (and our second guest this week). He’s worked at New York restaurants like Marlow & Daughters and Blue Hill, and he’s the author of James Beard Award-winning guides to meat cutting. As he tells Bite‘s hosts, he thinks tender meat is overblown, and he encourages people to buy their cuts from older animals.

Danforth is also the rare butcher who stands by the mantra “eat less meat.” The secret to doing so might be scrapping plates altogether and focusing on bowls instead: “You can’t put a porterhouse steak in a bowl and eat it,” Danforth said. “Let’s reverse-engineer meat into a dish, rather than start with a meat dish.”

Cohen also gave Bite‘s hosts the lowdown on why she’s so over the words “local” and “seasonal.” And you’ll hear about some science that might change your view of the breakfast smoothie and some more science that will make you think very differently about extreme weight loss.