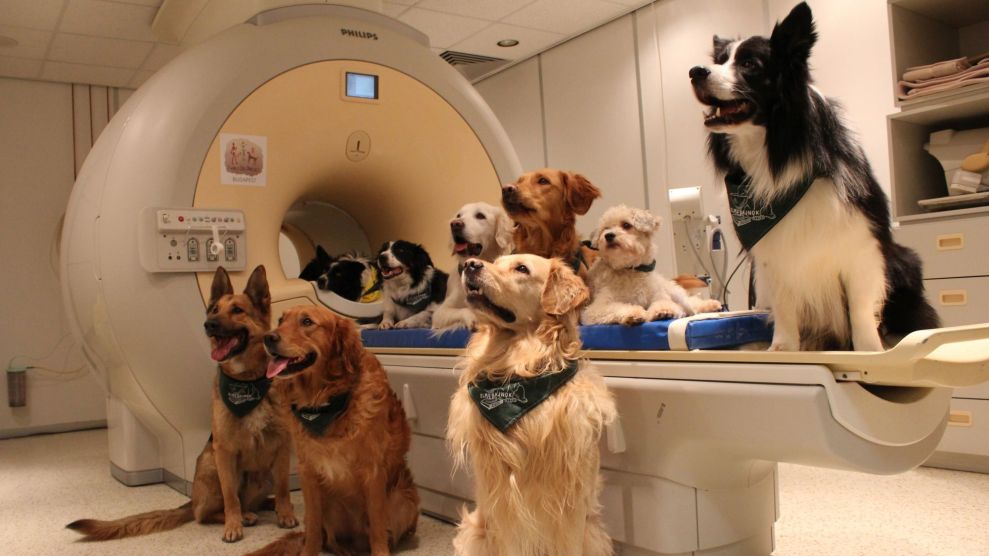 You know when you say something and your pooch cocks his head in that skeptical way, and you swear he’s mocking you? Turns out he very well could be, according to new research about how well canines comprehend human communication.

“Dogs not only tell apart what we say and how we say it, but they can also combine the two, for a correct interpretation of what those words really meant.”

People understand language in two main ways: through words and intonation. When a team of scientists in Hungary ran a series of tests on dogs, they discovered that the animals also used those same two mechanisms to understand language. The dogs even use the same regions of the brain for language processing as we do, according to the researchers’ new study, published in Science.

The researchers had the mutts listen to their trainers saying a combination of words using different intonations, such as praising (“Well done!”) or neutral (“well done”). The trainers also used what they called “neutral words,” words that were commonly not used with dogs and were supposedly meaningless to them, such as “even” and “if.” As the dogs were listening, scientists tracked their brain activity using a neuroimaging processor. They found that the canines could process some distinct words, regardless of intonation; that they processed intonation separately from vocabulary; and that a dog’s “reward center” was activated only when the praising words and intonations matched.

“It shows that for dogs, a nice praise can work very well work as a reward, but it works best if both words and intonation match,” Attila Andics, the lead researcher, said in a news release accompanying the study. “So dogs not only tell apart what we say and how we say it, but they can also combine the two, for a correct interpretation of what those words really meant. This is very similar to what human brains do.”

That means dogs understand, to some extent, what we say AND what we mean. Bask in that while also reveling in another discovery: that dogs remain adorable while being tested for language processing. See a video summarizing some of the research (featuring: dogs!) here: