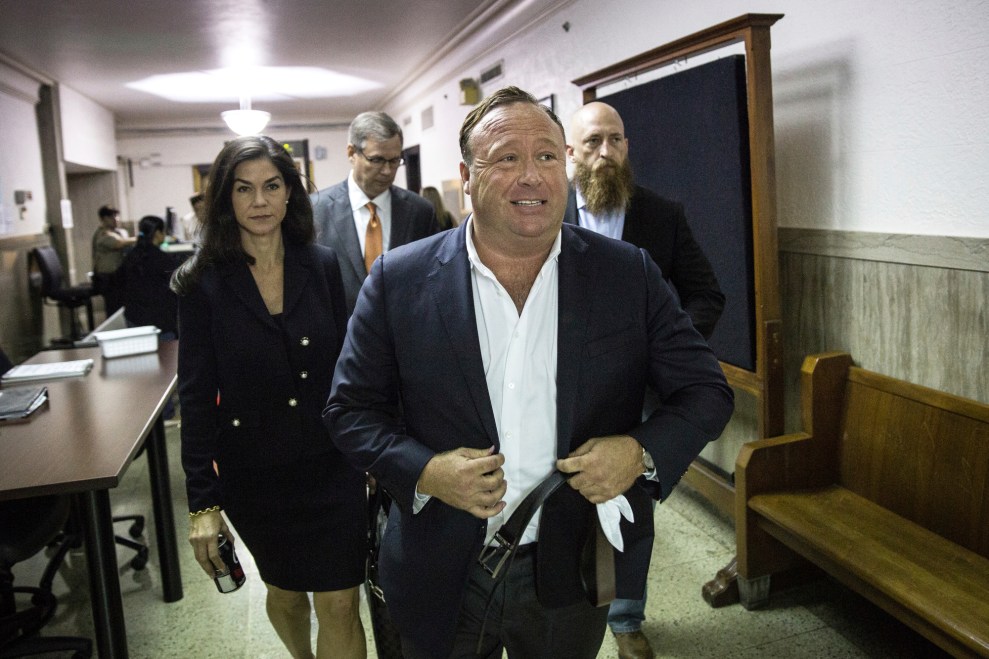 A rare and at times unhinged portrait of President Trump’s favorite conspiracy theorist, Infowars host Alex Jones, is emerging in an Austin court this week, as the radio star seeks to retain custody of his three children from ex-wife, Kelly Jones.

Lawyers for the bombastic broadcaster are attempting to persuade the jury that he is merely a “performance artist”, someone who should be separated from the outrageous character he plays on-air. His ex-wife is arguing the opposite: Jones in private is the same person at home and with their children that he presents to his millions of conspiracy-hungry viewers, including Trump.

Here are some of the high-lights (or low-lights, depending on your view) coming out of Austin, Texas, where the two-week trial is taking place:

1. Jones claims chili affects his memory, and thus was the culprit behind him forgetting details about his young children.

During deposition, Jones couldn’t remember kids’ teachers’ names, said “it will pop in my head, I ate too much chili.”

atty: “does chili affect your memory?”
Jones: “big bowl of chili sure does yeah”

2. Marijuana is too strong these days because of billionaire financier George Soros.

3. Jones can allegedly be found frequently drunk and shirtless.

“Kelly Jones’ attorney argued (Alex) is fond of disrobing off air as well, including during counseling sessions.”https://t.co/u0K9OV0uWn

Another classic Alex Jones riff caught on tape. Grousing that he never got Pulitzer – don’t even want that – for telling truth about 9/11.