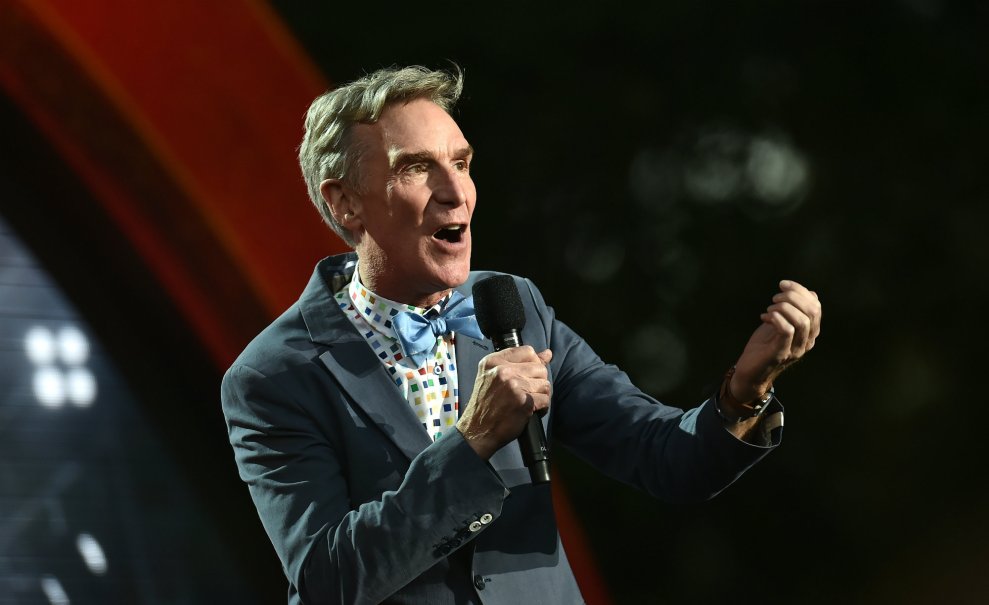 Earlier this week, everyone’s favorite childhood “science guy” debuted his new show: Bill Nye Saves the World, an unabashedly political Netflix series for adults that aims to debunk anti-scientific claims. Nye has come back into the national spotlight with force in recent years, vocally supporting scientific realities that shouldn’t be controversial but for some reason are, namely climate change and evolution. He’s become a favorite of the left thanks to nostalgia and his support of, well, science. Last week, Nye protested against the Trump administration as one of the public faces of the March for Science, telling the crowd that “science must shape policy.”

Nye may be a beloved cultural figure, but reviews of his new show have characterized it as mediocre at best, with some arguing that it’s too preachy and heavy-handed. In a Gizmodo review, Maddie Stone pulls no punches. “Like Nye, I’m outraged to see anti-science beliefs promulgated at the highest levels of our government,” she writes. “Nye and I are on the same team—and yet I still felt like I was being talked down to throughout his show. How will the average viewer feel?”

While parts of the show seem to be missing that mark, not all criticisms of it are equally valid—and there have certainly been some high points. Nye truly seems to delight in provoking conservatives, and there’s one episode in particular, titled “The Sexual Spectrum,” that has caused right-leaning commentators to lose their collective minds.

“This is the episode where Bill Nye jumps off the deep end into the leftist view on gender, an empirically bankrupt position only defended by postmodernists and social theorists,” writes a Breitbart columnist.

So what has conservatives so riled up? The episode, which comes across as something of a gender and sexuality 101 workshop, explains that—in contrast to what many of us grew up believing—gender really isn’t binary. “There are people who identify as both genders or neither gender or a combination of the two,” Nye points out. He even goes on to explain how gender identity isn’t necessarily static. “By 3 or 4, most kids identify with a gender, and it doesn’t always match the sex they were assigned at birth, and a person’s gender identity may change over their lifetime,” he explains.

Conservative bloggers are especially horrified by what’s been dubbed a “vulgarity-laced, transgender manifesto,” sung by Crazy Ex-Girlfriend star Rachel Bloom. The freakout over Bloom’s supposed “transgender anthem” is doubly bizarre, because it’s a clear misunderstanding of her lyrics; the song is about sexual preference and doesn’t really mention gender identity. “This world of ours is so full of choice,” sings Bloom. “But must I choose between only John or Joyce? Are my options only hard or moist? My vagina has its own voice.”