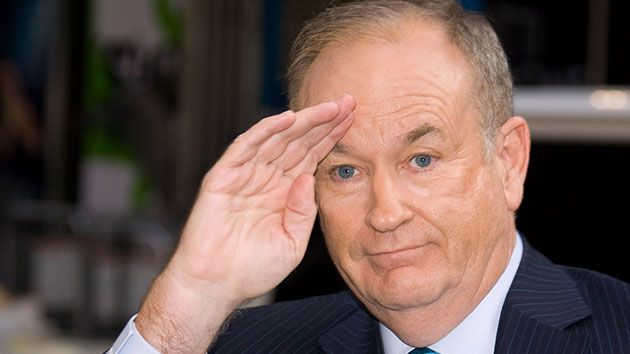 Fox News announced it is parting ways with its embattled host Bill O’Reilly.

“After a thorough and careful review of the allegations, the Company and Bill O’Reilly have agreed that Bill O’Reilly will not be returning to the Fox News Channel,” a statement from 21st Century Fox, Fox News’ parent company, read.

The decision Wednesday follows an explosive New York Times investigation earlier this month that revealed O’Reilly and Fox News paid nearly $13 million to settle multiple sexual harassment allegations during his career at the cable news network. The report drove more than 50 companies to pull advertising from “The O’Reilly Factor”—the top-rated show in its primetime slot. Protests outside Fox News’ headquarters in Manhattan are also said to have been a factor in the decision to sever ties with O’Reilly.

“By ratings standards, Bill O’Reilly is one of the most accomplished TV personalities in the history of cable news,” the statement on Wednesday continued. “In fact, his success by any measure is indisputable. Fox News has demonstrated again and again the strength of its talent bench. We have full confidence that the network will continue to be a powerhouse in cable news.”

According to New York’s Gabriel Sherman, who has written extensively about Fox News, the decision to cut ties with O’Reilly also stemmed from the Murdoch family’s desire to take over European broadcaster Sky. With Ofcom, the independent British media regulator, reportedly examining whether the company was “fit and proper” enough to own Sky, the O’Reilly scandal is said to have been seen as an obstacle in convincing regulation officials about the ethical standards of 21st Century Fox.

As cable news’ top-rated host, O’Reilly wielded an incredible level of clout during his tenure at Fox News, with his views widely regarded as influential in making or breaking conservative candidates. The company stood by him during previous controversies, many of which included charges of sexual harassment and making racially insensitive remarks.

Despite the renewed focus on the sexual harassment allegations this month, O’Reilly’s ratings actually increased.

Mother Jones previously reported on O’Reilly’s questionable account of his own reporting during the Falklands war. Evidence showed he repeatedly embellished his wartime correspondence record to give the appearance he had experienced combat. Later in his career, O’Reilly would invoke this dramatic, and apparently flawed, narrative to assert his authority on the subject of war.

This is a breaking news story. We will update when more information becomes available.