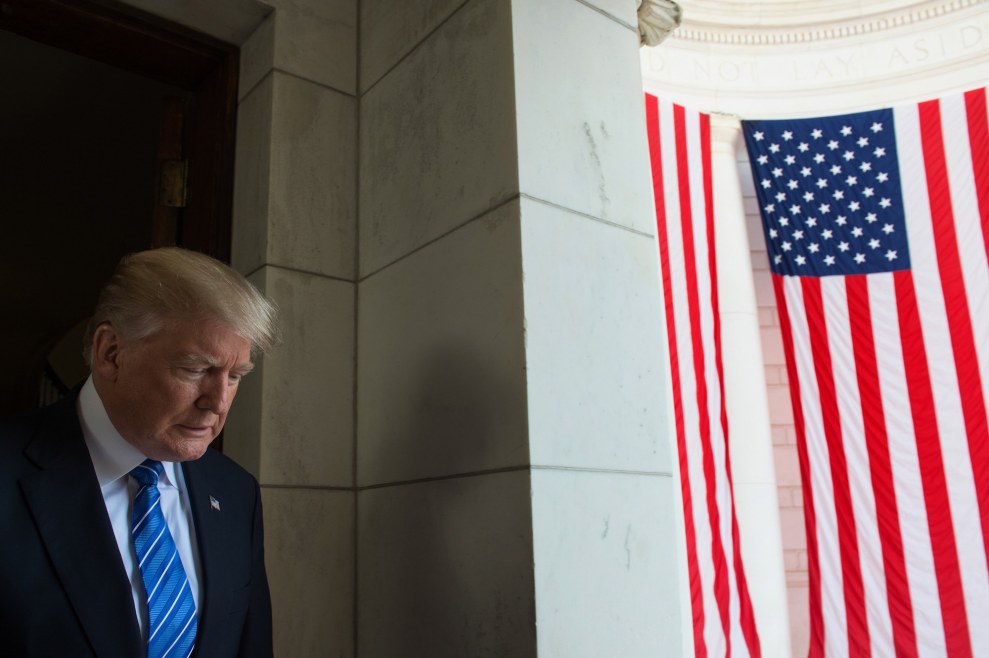 Shortly after midnight on Wednesday, President Donald Trump took to Twitter to publish the following message: “Despite the negative press covfefe.”

There was no follow-up tweet to finish the president’s half-sentence thought, nor did any deletion of the apparent misspelling of “coverage” occur for another six, long hours. Meanwhile, the internet jumped to skewer Trump’s latest gaffe:

This is #covfefe translated from Russian. pic.twitter.com/1Im7ZzLO0Y

“And just before you serve it, you hit it with a dash of #Covfefe” pic.twitter.com/fm9CAF4Iyz

It’s been five minutes. What if this is it. That is his final tweet & the rest of history stops.

#Covfefe is a word. PERIOD pic.twitter.com/lgLT8vuiIG

“Not only is covfefe a word, it’s the greatest word ever uttered.” pic.twitter.com/kWhfLrFaKn

Finally figured out what Bill Murray whispered in Scarlett Johansson’s ear at the end of “Lost in Translation” #covfefe pic.twitter.com/fDFJUYlEz8

Never missing a beat, conservative Twitter also leaped in to provide the following back-flip defenses of the president:

Covfefe was not poll tested or focus grouped. Another reason our @POTUS is simply great! He’s human. He’s real. He’s just like us!

After briefly poking fun at himself for the typo, Trump on Wednesday continued to use Twitter to deflect allegations of collusion between his associates and Russia.

Who can figure out the true meaning of “covfefe” ??? Enjoy!

So now it is reported that the Democrats, who have excoriated Carter Page about Russia, don’t want him to testify. He blows away their….