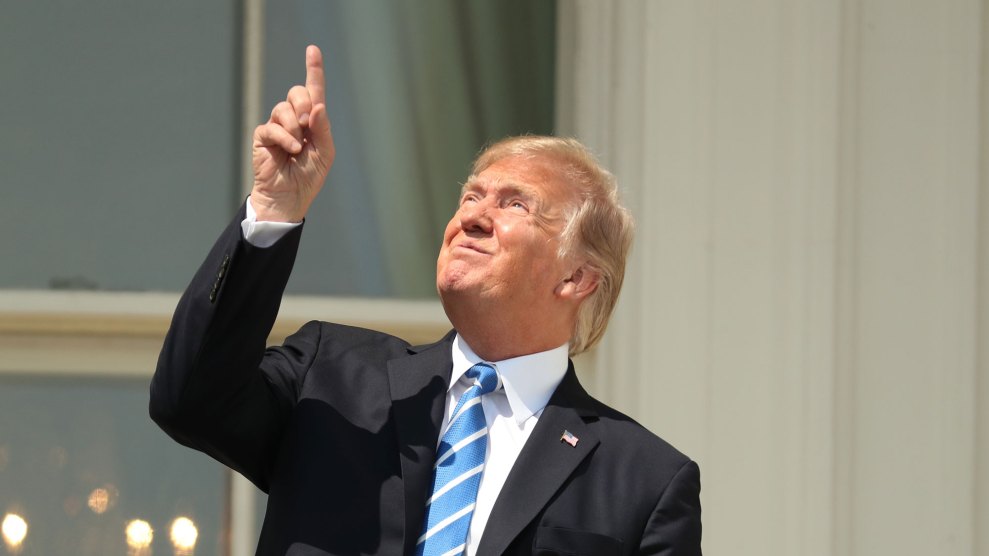 President Donald Trump went to the Truman balcony of the White House with first lady Melania and their son Barron on Monday to join millions across the country to witness the solar eclipse.

Leading up to the event, scientists had warned against looking directly into the sun because of the irreparable damage it could cause to one’s vision, and encouraged eclipse watchers to wear only NASA-approved sunglasses. Trump defied these recommendations—twice.

Here’s the first brief moment. As he turned his face to the sky, an onlooker yelled, “Don’t look!” Trump appeared to chuckle, perhaps having read this Slate piece beforehand.

As he did this, someone in a crowd of aides below shouted "Don't look." pic.twitter.com/dtfSLEzcAZ

After some uncomfortable squinting, Trump finally bowed to science and put on the glasses: