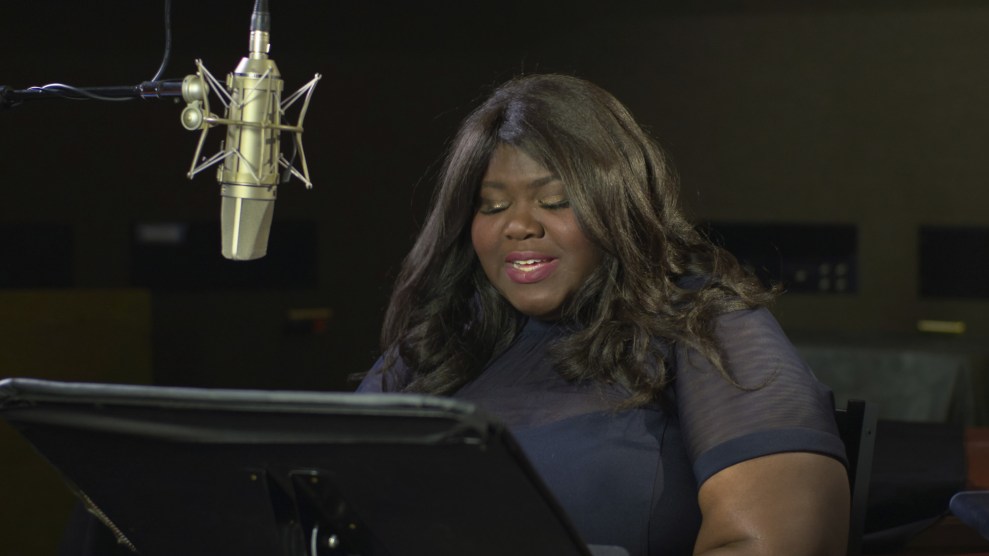 Gabourey Sidibe reads "Pilgrimage to Nonviolence" in The Radical King.Audible

April 4th marks 50 years since Dr. Martin Luther King Jr. was gunned down on a balcony in Memphis, Tennessee. For nearly as long, there’s been a struggle to claw back King’s legacy from an effort to whittle away the more radical edges of his beliefs and gloss over the radical solutions they pointed towards. The new Audible audiobook, The Radical King, sets out to reintroduce this forgotten side of the slain civil-rights leader. To do so, it’s enlisted some of today’s most recognizable black performers, including Leslie Odom Jr., Wanda Sykes, Gabourey Sidibe, and Danny Glover, to record 23 of King speeches that present his most stinging criticisms of racism, capitalism, and war.

In the clips below, Leslie Odom Jr. reads King’s “Letter From Birmingham Jail,” and Gabby Sidibe gives her rendering of his “Pilgrimage to Nonviolence.”

Having secured the nearly-impossible-to-obtain approval of the King estate, the project gives listeners an opportunity to chew on King’s political analysis without being distracted by his larger-than-life presence. Severed from that iconic and booming baritone, which had a way of climbing to its own rhetorical mountaintop, we’re left only with King’s words and the ambitious vision they still hold out for the world.

In March 1968, less than a month before his assassination, King gave his “Other America” speech in a Detroit suburb. In her contribution to The Radical King, comedian Wanda Sykes revives his warning that the existence of one America “overflowing with the milk of prosperity and the honey of opportunity” and another where millions “find themselves perishing on a lonely island of poverty in the midst of a vast ocean of material prosperity” makes “all of our cities potentially powder kegs.” King’s proposed solution—ending poverty by establishing a guaranteed basic income for everyone—has recently gained mainstream recognition and is being experimented with in places like Stockton, California.

In his introduction to the audiobook, Cornell West emphasizes the enduring relevance of King’s political vision. “The radical King was a democratic socialist who sided with poor and working people,” West says. “The response of the radical King to our catastrophic moment can be put in one word: revolution—a revolution in our priorities, a reevaluation of our values, a reinvigoration of our public life, and a fundamental transformation of our way of thinking and living that promotes a transfer of power from oligarchs and plutocrats to everyday people and ordinary citizens.”

The audiobook, which will be released on April 3, attempts to give King’s words a home in the voice of others to see if they can’t be brought back to life 50 years after their author lost his own.