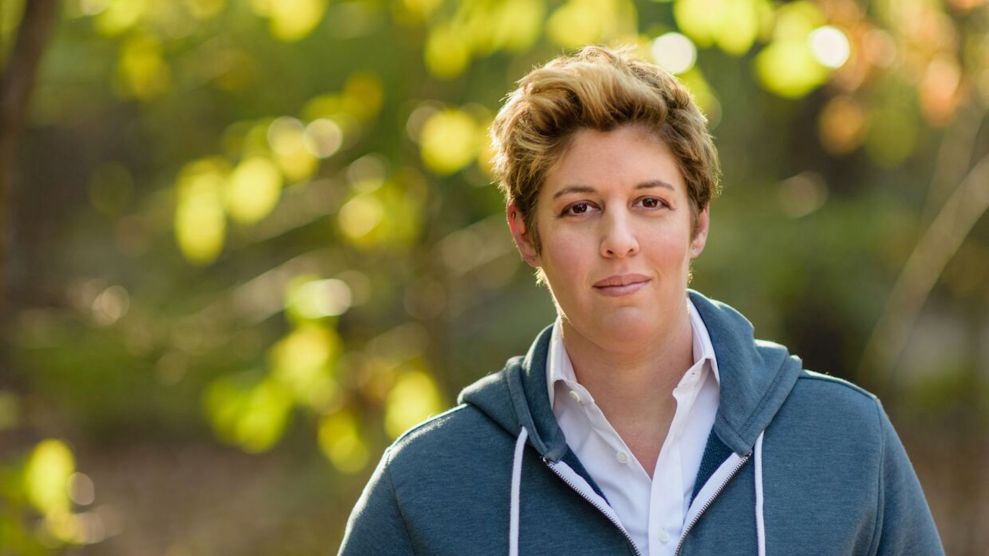 When progressive political commentator Sally Kohn stepped into what she thought would be an office of conservatives at the start of her job at Fox News in 2010, “I had this idea that they were oozing hate at me,” she said. “Then I realized the reality was more complicated.”

The experience sparked a deep dive into the history and nuances of animosity, culminating in her new book, The Opposite of Hate: A Field Guide to Repairing Our Humanity, out April 10. Known for her work as a liberal journalist with friends on all sides of the political spectrum, even Kohn found herself hating those she disagreed with when she worked at Fox News and in the years following—the “2016 election was a really hard time to stay nice,” she notes. Her years of research and reporting on hate are an attempt to understand its many forms, from bullying on Twitter to genocide in Rwanda, and to share some ideas on how to inspire future generations to be nicer.

It’s a group effort, Kohn reminds us: “This [book] is not a destination, like, ‘I did it! I reached the top of the mountain, I’m the nicest person on Earth.’ This is a journey and a struggle—I just want people to join me.”

I talked to Kohn about how to temper our hateful urges:

Mother Jones: You say implicit bias is one of the most dangerous and pervasive types of hate we have. As an example, you talk about how a friend suggested to you that some people of color receive scholarships or college admissions based on their race rather than their abilities. How do you handle these charged conversations and maintain the relationship?

Sally Kohn: One of the most useful things I learned about neuroscience is when people perceive an argument, the thinking and reasoning parts of their brain shut down and the fight-or-flight part kicks in. People pick a side. And they’re probably not going to pick your side—because you’re arguing with them! The more we can do to keep things conversational the better.

In that instance, what I came to realize is the best response is the question: Do you think of all the scholarships that went to white guys, was that because they were men, or white, or white men? Without placing blame, that points out the actual reality we’ve had, which is an implicit affirmative action for white men in our society for centuries. We made a big deal about Barack Obama getting elected because of his race, but the first 43 presidents in this country were elected because of their race, too. And also because of their gender! That’s part of the way that unconscious bias and hate work. It’s about as much of what we see and what we don’t see. The first step and the antidote to all of it is making the unconscious, conscious.

“When people perceive an argument, the thinking and reasoning parts of their brain shut down and the fight or flight part kicks in. ”

This also goes to how we treat the same points differently depending on whom they come from. I had that conversation with Scottie Nell Hughes, a friend on the right, and bristled at her implying that a woman of color had gotten the scholarship solely because of her race. And then I realized when I heard a white liberal friend saying it, I didn’t react in the same way because I made assumptions about intent. But when my white liberal friends say things like, “Oh, I didn’t get the job, but that’s probably because they hired a person of color—but that’s a good thing,” the core is the same. It’s the idea that affirmative action means giving people something solely because of their race as opposed to actually what it is: leveling the playing field.

MJ: When you find that sort of unconscious hate within yourself, what do you do?

SK: Oh my god [Laughs], how much time do you have? Every day on Twitter, I see someone say something and I notice that my reaction to what they said is based on which “side” I perceive them to be on. I assume that when people on my side make a mistake, it doesn’t affect the fundamental nature of who they are as a person. But when someone on the other side does the exact same thing, it’s just more proof of how evil they are.

MJ: As you were thinking about how to be kind and inspirational in your career and personal life, did it affect your relationship with your nine-year-old daughter?

“Do we really mean dignity for all, even the people who don’t agree with us?”

Every time I would say, “We do not hate people in our family. You can hate what he believes in, what he stands for. We do not hate people.” Everyone has some good and bad in them. And going beyond just saying it, I had to also do it. It really made me want to do better by her. Now, I’ll hear her say to her friends: “Not all Trump supporters are bad people.”

What a difference if more of her generation can go on and think that! They can change this horrible dynamic we’re stuck in—that my generation has helped get us stuck in.

MJ: That’s hopeful. Have you had any other moments of hope throughout the process?

SK: The greatest eye-opener had to be going to Rwanda. The atrocious hate they went through [during the 1994 genocide] puts everything else in perspective. There’s no comparison. To meet the people I met and hear the stories about how people had transformed and turned away from that history of hate—it goes to show how much people can change. And we have. I think we are a less hateful nation today than a century ago and less hateful than two centuries before that. We can hold our deepest values and convictions without hating and otherizing and dehumanizing those who disagree with us. And in fact, I think it’s beholden on those of us, especially on the left, who say we believe in equality and fairness and dignity for all, to actually carry that through. Do we really mean dignity for all, even the people who don’t agree with us?

I do happen to believe that the right is habitually and historically more hateful, so then it should be so much easier for us to do better. I want the left to lead the way on this. We’re the ones that stand for peace, equality, and fairness—we can really take the lead here.

Update: After this article was published, Sally Kohn contacted us to correct her hire date at Fox News, and clarify that her coworkers there held a range of political ideologies.