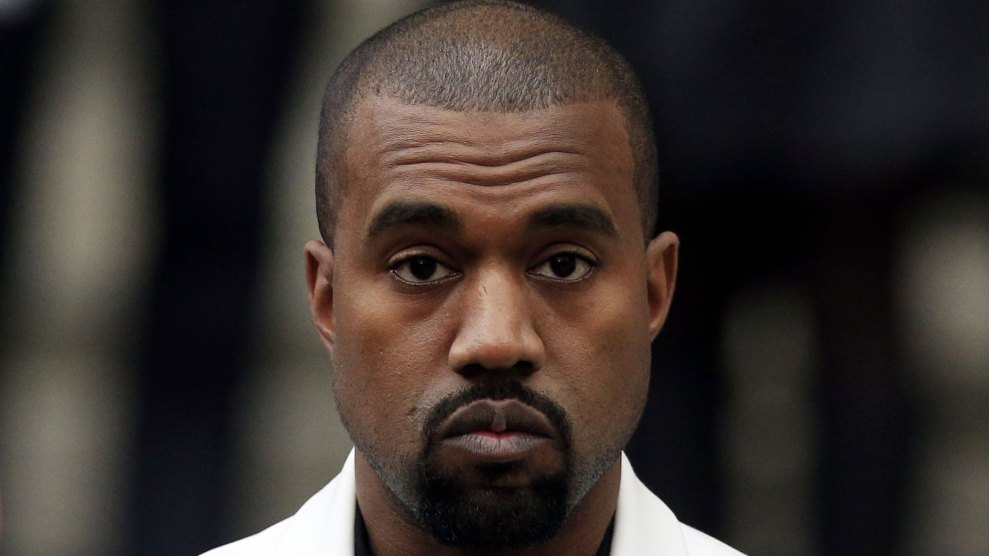 On Tuesday, Kanye West dropped by the TMZ newsroom to talk about his “boy” President Donald Trump and his addiction to painkillers, and he suggested that extensive history of enslavement was a “choice.”

The false assertion comes just a day after the rapper shared on Twitter texts from singer John Legend and radio personality Charlamagne tha God, who gave him a lesson about the Republican Party’s history with African Americans. In the last week, West has drawn praise from conservatives—and the president himself—for the rapper’s support for commentators like Candace Owens and for doubling down in his praise of Trump.

When West asked the newsroom whether he was thinking freely, TMZ employee Van Lathan stood up and gave the rapper the real talk he needed.

Kanye West tells TMZ, "When you hear about slavery for 400 years. For 400 years?! That sounds like a choice.”

“I actually don’t think you are thinking anything,” he said. “While you are making music and being an artist and living the life that you’ve earned by being a genius, the rest of us in society have to deal with these threats to our lives. We have to deal with the marginalization that has come from the 400 years of slavery that you said for our people was a choice.” West rolled up to the employee and said, “Bro, I’m sorry I hurt you,” as the clip trails off.

Watch the TMZ clip below. West also sat down for a wide-ranging 105-minute interview with Charlamagne tha God.

In another clip, Kanye pleaded that society can fix and “love each other now” and turned to the topic of black-on-black crime.

“Black people have a tendency to focus and march when a white person kills a black person or wears a hat but when it’s 700 kids being killed in Chicago it’s okay. It’s okay for blacks to kill blacks, but if it’s a white thing…”

Lathan shouted back, “that’s a lie.” After the interview with TMZ emerged, West tried to clarify his remarks on Twitter.