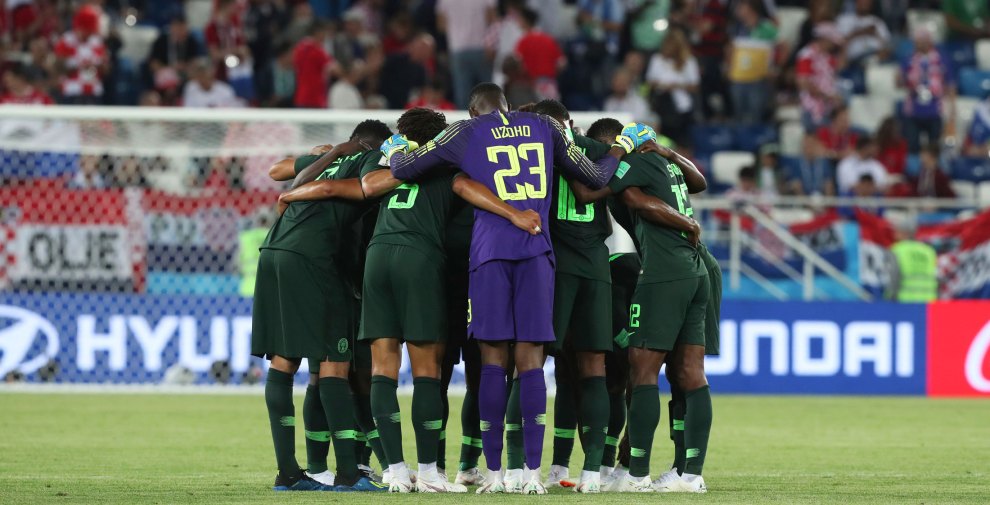 Ahead of his first-ever World Cup appearance, England defender Danny Rose had to deliver a difficult message to his family: Don’t make the trip to Russia. The risk of racist heckling—or worse—is too great.

“I don’t want to be worrying when I’m trying to prepare for games for my family’s safety,” Rose, who is black, told London’s Evening Standard last week. “If anything ­happens to me, it wouldn’t affect me like it would if my family had been abused.”

For years, international soccer has had a racism problem. Rowdy fans have aimed monkey chants at black players and spewed anti-Semitic remarks at Jewish fans. Throughout Europe, a vocal contingent of far-right and ultra-nationalist team supporters have carried displays of swastikas and other fascist symbols and even thrown bananas onto the field.

Now, with fans focused on the World Cup, players and advocates alike are closely watching international soccer’s governing body, the Fédération Internationale de Football Association (FIFA), to see how it will address racist and homophobic activity during the monthlong tournament—especially given Russia’s history of bigoted, violent fan behavior and the country’s notorious anti-gay laws.

In a report released in May, the FARE Network, an independent organization that monitors discrimination in soccer, and the SOVA Center for Information and Analysis, a Moscow-based nonprofit that monitors extremism in Russia, found that although instances of discrimination at Russian soccer matches have generally fallen since 2013, racist and homophobic abuse from fans is rising. The groups’ stadium observers noted 19 racist chants at Russian matches this season, including a notable incident involving black French players at an international friendly (also known as an exhibition game)—up from two such incidents the year before.

In June, the Union of European Football Associations (UEFA), European soccer’s governing body, sanctioned Zenit St. Petersburg after fans allegedly hurled monkey chants at an opposing black player and, during another match, raised a banner for a convicted war criminal. (As my colleague Clint Hendler noted last week, Zenit fans wrote to club officials in 2012, “We’re not racist, but we see the absence of black players at Zenit as an important tradition. It would allow Zenit to maintain the national identity of the club.”) Following the incident, UEFA forced Zenit to play a Europa League game without fans. It also punished another club, Spartak Moscow, this spring after some fans chanted a Nazi slogan at a match. Spartak was fined $1,600 and forced to play a game in a partially closed stadium.

Meanwhile, just five weeks before the World Cup began, FIFA fined Russia’s soccer federation a little more than $29,000 after a video surfaced of Russian fans chanting monkey noises at France’s Paul Pogba during a March friendly in St. Petersburg. Roisin Wood, the CEO of Kick It Out, a London-based nonprofit that tackles discrimination in soccer, told Mother Jones that the meager fine didn’t send a “strong enough message to say that we take this really seriously,” noting that last year, FIFA fined England’s Football Association $21,000 after a player on a youth team sipped a can of Red Bull—a nonsponsored drink—during a match in South Korea. Rose, the England defender, called the Russians’ punishment “laughable.”

FARE Eastern Europe Development Officer Pavel Klymenko told Mother Jones his group has noticed an uptick in racist and xenophobic activity at soccer events since 2015, as right-leaning factions became emboldened in the wake of Europe’s refugee crisis. “Football reflects society and vice versa,” Klymenko says. “The same people who are voting for the right wing will be going to stadiums.”

In the last two seasons, FARE recorded 539 instances of racist, homophobic, anti-Semitic, and Islamophobic activity at 1,378 soccer matches, with most incidents occurring in the United Kingdom, Spain, Brazil, and Italy. FARE reported that racial abuse incidents grew nearly 22 percent between the 2015-16 and 2016-17 seasons, while homophobic activity rose 136 percent.

So what has FIFA done to prepare itself for this year’s World Cup? In September 2016, it disbanded an anti-racism task force, created three years earlier by then-FIFA President Sepp Blatter, after it concluded it had “completely fulfilled its temporary mission.” This year, for the first time in tournament history, FIFA has three trained monitors scattered throughout stadiums at each World Cup match to keep track of instances of discrimination from fans. Under a new procedure, referees have the power to stop a match and ask for a public announcement if they are alerted to racist, homophobic, or other discriminatory behavior against players. If the activity doesn’t stop, referees can take players off the field until the behavior is handled—or, as a last resort, suspend the match altogether. FIFA adopted the system during last year’s Confederations Cup in Russia, but it hasn’t been tested at the scale of the World Cup.

So far at this World Cup, in at least one instance, FIFA has been quick to investigate and sanction a soccer federation for its fans’ actions. A day after Mexico’s opening victory against Germany, FIFA announced it had opened an investigation into Mexican fans’ chanting of a homophobic slang term for a male prostitute—”puto”—at Germany’s goalkeeper during the match. On Wednesday, FIFA sanctioned Mexico’s soccer federation $10,000 for the “discriminatory and insulting chants.” During qualifiers, FIFA doled out 51 disciplinary actions over homophobia during World Cup qualifiers to teams from Europe and North and South America, the Guardian reported; 11 went to Mexico, more than any other country. Mexico’s star striker Javier Hernandez joined other players and the soccer federation to ask fans not to shout the offensive term. “Let’s not risk another sanction,” Hernandez pleaded on Instagram. Russia’s government issues “fan IDs” that must be presented to attend matches, and the federation has warned that people participating in the chant from the stands could be stripped of the documents.

“The people who displayed racist behavior toward black and ethnic players during the league games will not disappear” for the World Cup.

Meanwhile, Serbia’s football association received a $10,000 fine from FIFA for its fans’ display of “an offensive and political banner” during the country’s match against Costa Rica. And at Argentina’s match against Iceland, soccer legend and FIFA ambassador Diego Maradona was accused of making a racist gesture: A British broadcaster said she saw Maradona first “obliged with a smile, kiss, and wave” in response to South Korean fans calling his name, then “pulled his eyes to the side in a clearly racist gesture.” Maradona explained his side of the story on Facebook: “I, from afar, tried to tell them how nice it seemed to me that even the Asians cheer for us. And that’s all, guys, come on.” When FIFA was asked about the incident by the Associated Press, they provided no comment and referred reporters to Maradona’s statement and the organization’s anti-discrimination rules.

Russian authorities say they’ve taken a “zero tolerance” approach to discriminatory activity. Russia’s football union tapped former international player Alexei Smertin as its special inspector to monitor racist activity at the World Cup, even though he has dismissed racism’s existence in Russia in the past. In 2015, the former Chelsea player told the BBC that racism was like “fashion”: “It comes from abroad, from different countries,” adding that Russian fans jeered black players as a means of distraction and “just for fun.” In March, Smertin insisted that gay people and fans of color would be “safe and comfortable” at the World Cup. Russia’s deputy prime minister Vitaly Mutko said last year that Russian authorities had taken similar measures to FIFA to address racism, noting it wasn’t a “systematic” problem in Russia. ”This is a problem that is not purely Russian,” he told reporters. “It exists everywhere in the world.”

FARE’s Klymenko pointed out that the composition of fans at the World Cup will be different from that of the Russian league. The fan ID system allows authorities to blacklist hooligans and other troublesome fans from the tournament’s games. “Still, most of the people who displayed racist behavior toward black and ethnic players during the league games will not disappear. There is some concern,” Klymenko says.

How teams respond to such abuse is another matter. England’s national team received a training on how to identify and handle racist abuse while on the field. Manager Gareth Southgate told reporters last week that the team had a plan in place, and that in an ideal world, players would “walk off the pitch, but it seems the realities of that would be you’d be thrown out of the tournament.” On Friday, Nigerian team captain John Obi Mikel told the AP the team had been welcomed ahead of its match against Croatia. Last month, one of the team’s defenders, Bryan Idowu, who was born in Russia, told the AP he had faced racist abuse in the past but viewed such chants from fans as a means of distraction.

Rose, who has discussed the possibility of walking off the field with players, told the Evening Standard he usually felt “numb” to racist abuse on the field. When he was on England’s squad for players under 21 in 2012, he faced monkey chants during a match in Serbia. (Serbia was later fined nearly $87,000.) He was disciplined for kicking a ball into the crowd after the final whistle. “Until it actually happens and under what circumstances, it’s hard to say what you’d actually do,” he says.