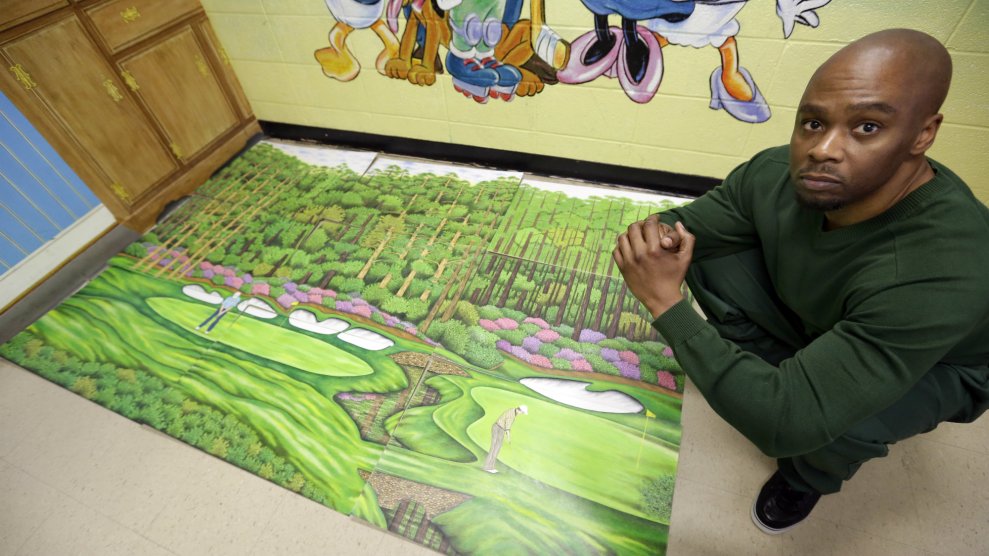 Inside his 6-by-10 cell, Valentino Dixon drew stunning landscapes of a sport he’d never played.

The art, depicting colorful, detailed “golf-scapes,” gave him peace as he served time for a murder he didn’t commit, the inmate wrote in a letter to Golf Digest. The letter prompted the publication to look into Dixon’s case—and notice that something seemed off about his conviction.

Golf Digest’s 2012 story about Dixon’s case gained national attention and led to an investigation by the Georgetown University Prison Reform Project. The effort provided new evidence—including a confession by another inmate to the 1991 crime—that was presented to the new district attorney in Buffalo, New York.

After 27 years of imprisonment, Dixon finally had his conviction thrown out last week, and he walked out free, surrounded by family, friends, and the Golf Digest journalist who took up his cause: Max Adler. After Dixon’s release, Adler, now Golf Digest’s editorial director, told me they celebrated Dixon’s first meal at a Red Lobster.

According to Adler, Dixon is going to work to help exonerate other inmates who have been wrongfully convicted. And that’s not the only thing he has to look forward to: The two have plans to get on a golf course and hit a few balls around.