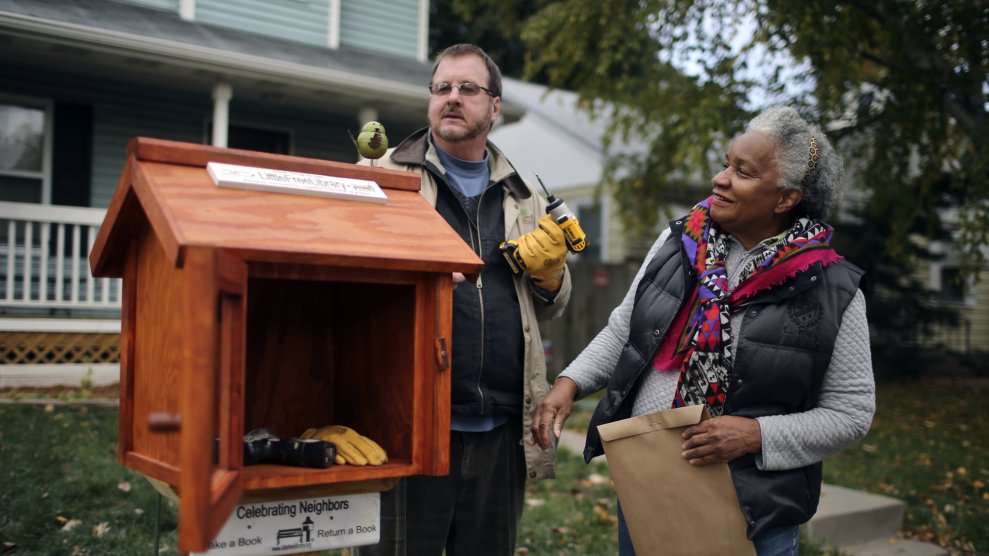 Todd Bol built the first Little Free Library, a front-yard bookshelf with a small door, using the wood from his old garage door. He hoped that the whimsical structure would build conversation and community by encouraging neighbors to share books that were dear to them.

Soon, the idea spread, and in the past nine years, volunteers have built more than 75,000 dollhouse-sized libraries in 88 countries. The Little Free Library idea has led to neighborhood-wide book groups and even spawned an Action Book Club, in which members both read and do service projects together.

“Kids reading and people reading to them, you know, it changes everything,” Bol told the Star Tribune, days before his death last Thursday of cancer. “It changes the whole attitude of what is valued in a community.”

“It shows that if we work together, we can fix things and we can make this happen,” he said.

Bol, summing up his life, said this work made him feel like the most successful person in the world. “I wouldn’t switch my existence for Jeff Bezos or any of it,” he told reporter Jenna Ross.

The Little Free Library will go on strong after Bol, says Melissa Eystad, a former development director of the nonprofit, “but there’s no replacing Todd, that’s for sure.”