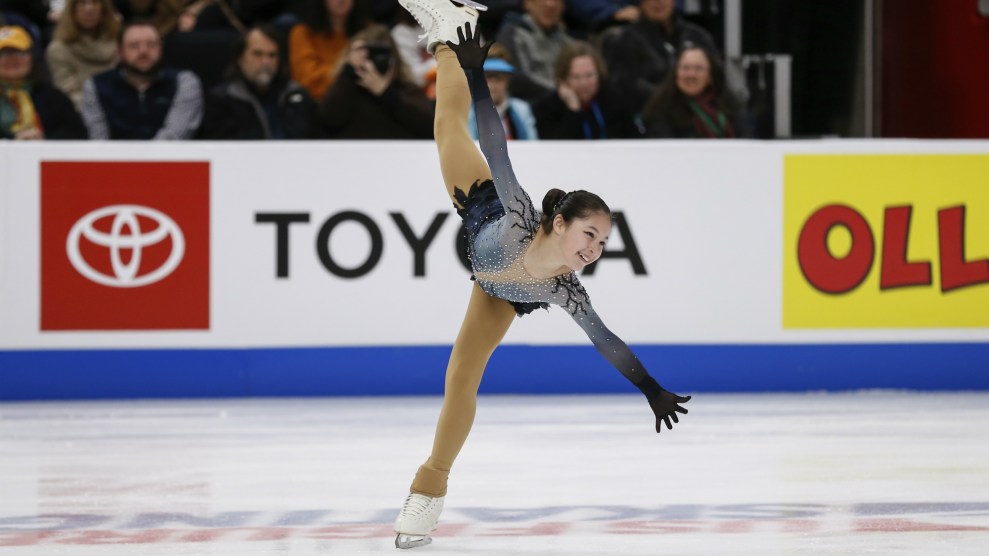 Alysa Liu during her free skate at the 2019 US Figure Skating Championships in Detroit, Michigan. Scott W. Grau/Icon Sportswire/AP

Before Alysa Liu, only three American women were able to land a triple axel—one of the most difficult skating moves—in a national competition. Last week, Liu became the first to land two in one program.

At 13, Liu is also the youngest figure skater to win a national individual championship, with her stunning free skate Friday night at the US Figure Skating Championships in Detroit.

The 4-foot-7 skater from Richmond, California, first hit the ice at the age of five, at a public skating session. Her father, recognizing her potential, soon got her private lessons, according to the San Francisco Chronicle.

Tara Lipinski, an NBC commentator who previously held the record for the youngest woman to win a skating championship, called Liu “the future of US ladies’ figure skating.”

Liu says she tries to keep it in perspective. “I tell myself, ‘Don’t think you’re the best in the world. You’re not the best yet.'” Watch highlights from Liu’s free skate and her adorable reaction to winning here.