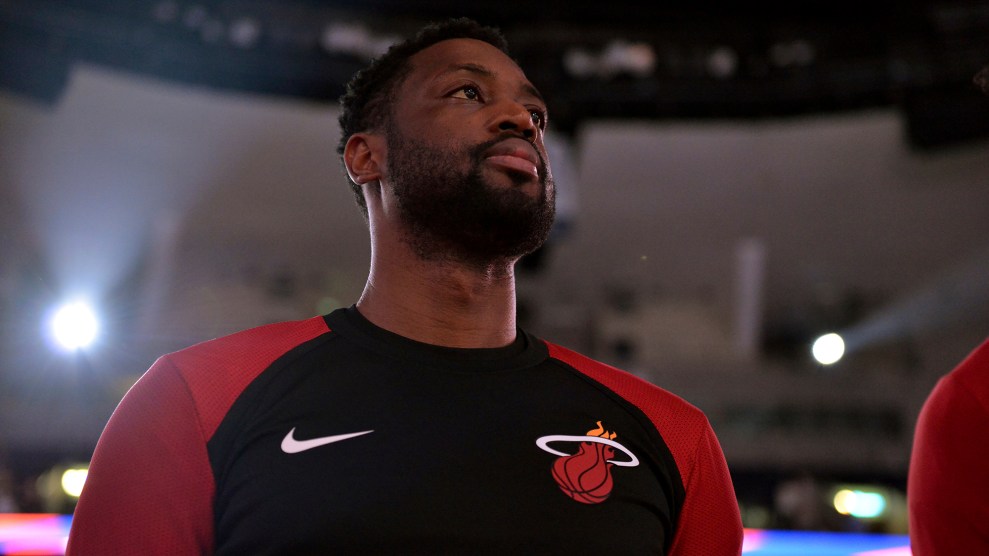 NBA legend Dwyane Wade surprised the students at Marjory Stoneman Douglas High School on Sunday by appearing at their graduation ceremony to give a speech and honor the lives of their classmates who were gunned down in a school shooting last year, including a 17-year-old who was buried in a replica of Wade’s jersey.

Dwyane Wade made a surprose visit to Stoneman Douglas shortly after tragedy last year. He made another surprise visit at graduation. pic.twitter.com/1a2JzZRGcp

Wade, who retired from the Miami Heat in April, also visited the Parkland, Florida, high school on the first full day of classes after the massacre in February 2018, which left 17 people dead, and has tried to show his support to the students since then.

“I remember us walking to the school, and I remember hearing absolutely nothing,” he said Sunday, recalling that first visit. “I remember thinking to myself, ‘I’ve never felt, I’ve never heard this kind of silence before in my life’…I immediately started getting butterflies in my stomach.

“I remember being so nervous to see and meet everyone,” he added. “What would I say? I mean I grew up in inner city Chicago, and I’ve experienced a lot of awful things, but I’ve never experienced anything to the magnitude that you guys have just experienced.”

One of the slain boys, 17-year-old Joaquin Oliver, was a particularly big fan of Wade. He moved to the United States with his family at age three and became a citizen in 2017, shortly after Wade left the Heat to sign with the Chicago Bulls. In 2018, Wade returned to the Heat again less than a week before Oliver was gunned down in the attack. Oliver’s parents later revealed that they buried him in a Wade No. 3 Heat jersey. “You’re about to make me cry this afternoon,” Wade tweeted in response.

“You really can’t put that in words,” he later said. “You hurt for the family, and if you’re able to get an opportunity to speak to them, you just try to hope that the time where he was alive, that you were able to bring some form of joy to his life and something memorable, a story that you guys can talk about.”

Wade dedicated the rest of that season to Oliver.