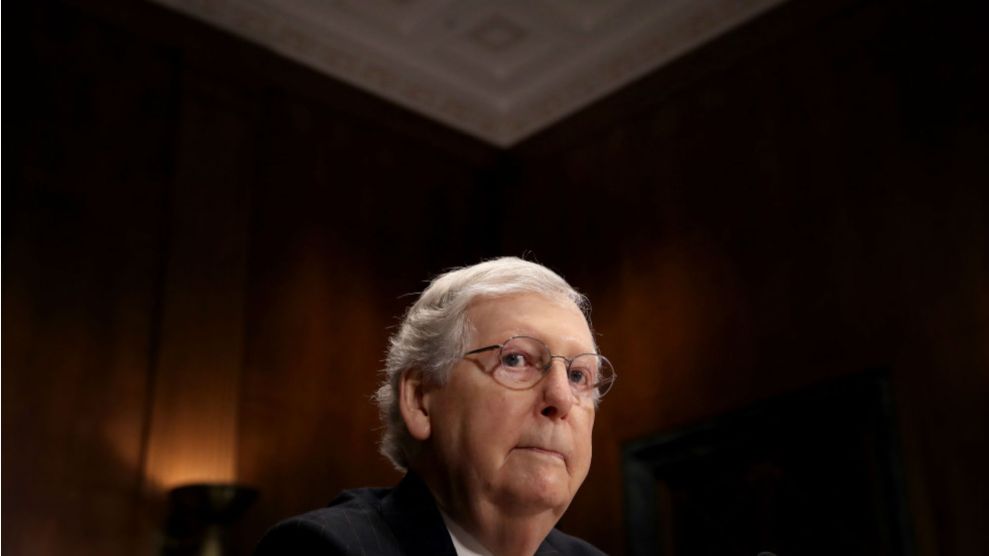 Why we’re into it: Do we really need to explain ourselves here?

Performing on the roof of Pier 17, the former Ben Folds Five frontrunner paused his concert to address the audience: “What I want to do is put a little cool stutter in it, like, you know, ‘My-my-my-my-my-my Sharona.’ So what we’ll do is, we’ll go: Mah-mah-mah-Moscow Mitch. That’s it, okay?” While the song is mostly instrumental—save for two verses of Folds and the crowd yelling, “Mah-mah-mah-Moscow Mitch!” followed by a few laughs from the audience—it’s an undeniable banger.

The nickname has become immensely popular, trending on Twitter and spurring official fundraising merchandise. The name originated with Morning Joe host Joe Scarborough after he lambasted the GOP leader for “aiding and abetting Vladimir Putin’s ongoing attempts to subvert American democracy.” We’ll forgive the provenance of “Moscow Mitch,” the mild Russophobia, and the utter lack of creativity on the grounds that anything that gets under Mitch McConnell’s skin can’t be all bad.

The legislation is supported on both sides of the aisle, and experts like it. As my colleague AJ Vicens recently wrote:

McConnell argues that this bill is part of a broader push for “socialism” and is an attempt to help Democrats win at the polls, rather than trying to secure our elections from foreign interference.

So while we may never see Folds’ hit in the Top 40—or even a studio recording of it—that won’t stop us from blasting this defiant summer anthem all season long.