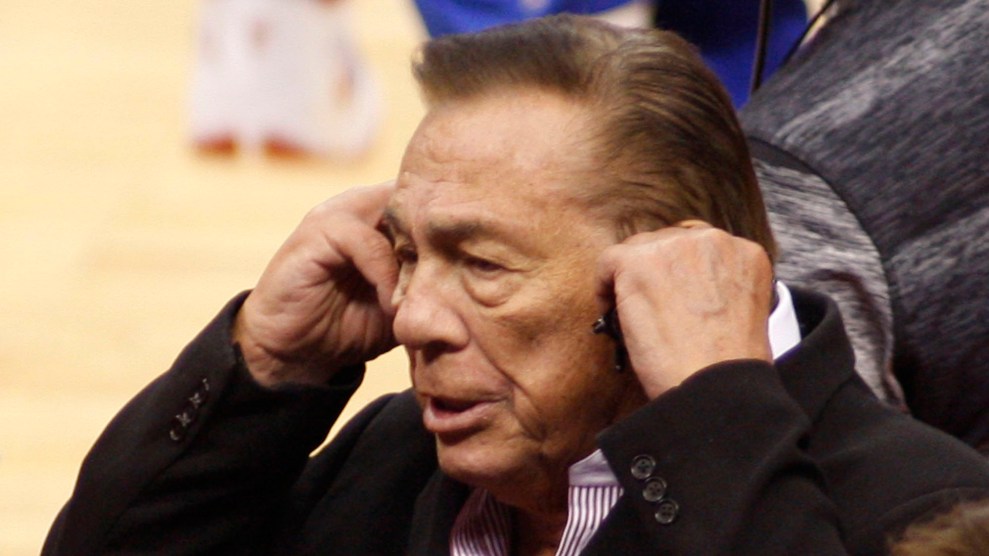 Five years ago, a secret recording of a real estate mogul’s racist remarks erupted around the internet and upended the National Basketball Association. Los Angeles Clippers owner Donald Sterling—who paid $2.7 million to settle a housing discrimination lawsuit filed by federal prosecutors, who had decades’ worth of misbehavior and affairs, who had once been accused by a Hall of Famer-turned-team general manager for having a “plantation mentality” and allegedly saying he “wanted the Clippers team to be composed of ‘poor black boys from the South’ and a white head coach”—was heard telling his mistress it bothered him that her Instagram account showed her “associating with black people,” that she could “sleep with black people” but “not bring them to my games,” and that he wasn’t a racist because he supports his black players and gives them “food, and clothes, and cars, and houses.”

After the recordings were published by TMZ and Deadspin, players across the NBA condemned the owner’s remarks and threatened to boycott games if action wasn’t taken against Sterling. Somehow, the octogenarian descended further into the meandering and offensive when, in the middle of apologizing for his comments to CNN’s Anderson Cooper, he criticized Los Angeles Lakers legend Magic Johnson.

Honestly, the transcript is baffling to read today and any day. Here’s just one string of incomprehensible babble: “What kind of guy goes to every city, has sex with every girl, then he catches HIV? Is that someone we want to respect and tell our kids about? I think he should be ashamed of himself. I think he should go into the background. And what does he do for black people? He hasn’t done anything.”

In four short days, the Sterling affair would change the trajectory of the NBA and its relationship with its players, with the league listening to the outcry from its players in times of injustice. Silver banned Sterling from the NBA for life. Good riddance. Microsoft CEO and shouty Sports Dad Steve Ballmer eventually bought the Clippers after a contentious legal battle involving Sterling, the NBA, and Sterling’s wife.