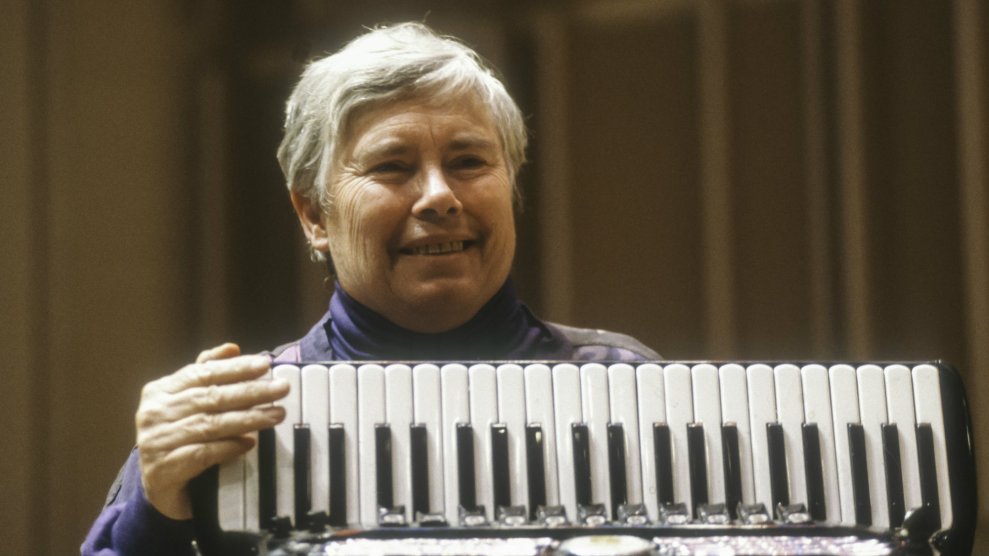 In the late ’80s, Pauline Oliveros—an esteemed avant-garde composer, accordionist, and sonic philosopher—descended 14 feet underground into a cavernous, resonant cistern and recorded a drone. The resulting album, Deep Listening, is haunting and meditative. It was released in January 1989, more than 30 years ago. And it sprung a movement.

The practice of “deep listening”—a philosophy and meditative exercise that Oliveros would later teach—was an attempt to take in all of the environmental sound around you. “The best image or metaphor I can give for it is a tapestry of sound: threads of sound that come and go and some that stay,” she once described it as in an interview. “Trying to expand oneself to include more and more of the field.” She called it “inclusive.”

I bring all this up to explain why I have been listening to a collection of cellphone recordings of wind chimes. I am not insane. I am “deep listening.” I am including all noise.

There’s something so utterly serene and meditative about listening to the sound of wind chimes interacting with its surroundings. The soft, dulcet harmonies of metallic and wooden chimes clanking together as a gentle wind ruffles nearby leaves sends me into a peaceful trance, even as the world around me descends straight to hell. It is, to me, exactly what Oliveros meant when she talked about deep listening.

I am not alone. Oliveros died in 2016. But sound meditation seminars and performances inspired by Oliveros are regularly held around the world. (In Washington, DC, the Smithsonian’s renown Hirshhorn Museum and Sculpture Garden recently held an Oliveros-inspired event that featured three musicians exploring sonic awareness through the absence of sound.) There is a proliferation of ambient noises—from heady ECM jazz records to lo-fi YouTube channels that teens use as a backdrop to studying. Oliveros was unique as an early digital ethnographer and forerunner of this trend. She gathered the strangeness of both the natural and unnatural that proliferate our lives. She saw a future in an inclusive ambient.

The true heads at Love All Day—an ambient record label out of Chicago—continued that tradition. They stitched together this unexpectedly beautiful compilation of audio from various YouTube videos of people’s cellphone recordings of wind chimes. All proceeds from the album go to the American Bird Conservancy. “We think the result is a strange, intimate landscape, in many ways very peaceful indeed, but where a stray blast of wind could be coming around the corner at any moment,” they write.