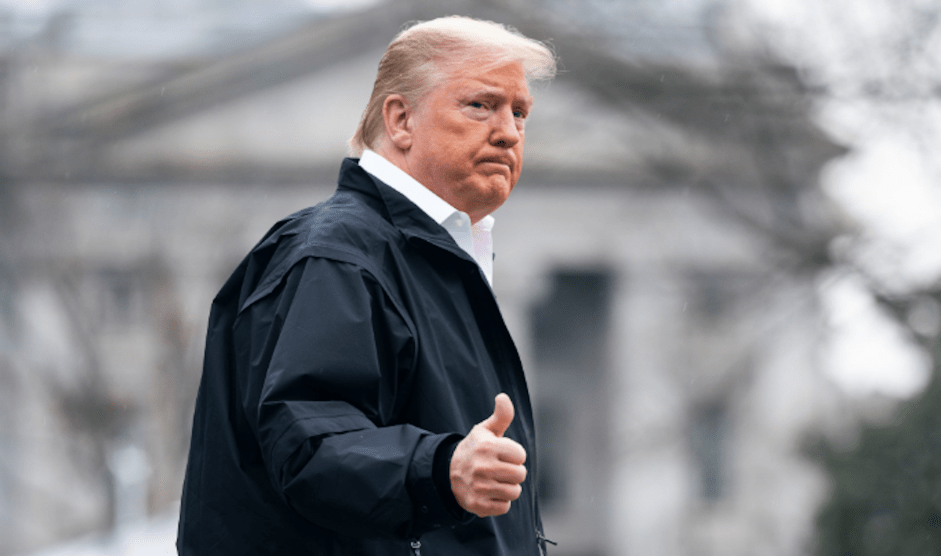 The fierce condemnation that President Donald Trump has drawn for his coronavirus response—a response that’s been filled with misinformation and relentless attacks on the media and Democrats—is “yet another attempt to impeach” him, Fox Business’ Trish Regan told viewers on Monday.

“This is a time to be united, not to be pointing fingers, not to be encouraging hate—and yet what do we see? We see the absolute opposite on the left,” she said. “The hate is boiling over, many in the liberal media using coronavirus in an attempt to demonize and destroy the president.”

Regan then cut to a montage of Democrats and members of the media criticizing Trump’s coronavirus actions. She was the latest Fox News personality to trumpet what’s become the governing conspiracy theory for Trump and his conservative allies—even as the president himself pushes a daily stream of misinformation, false statistics, and dangerous public health tips that run counter to his own administration’s advice.

But not everyone at Trump’s favorite news network is falling in line. Over on Fox News on Monday, Tucker Carlson pushed back on efforts to minimize the scale of the virus—he described the epidemic as “a very serious problem.”

“It’s definitely not just the flu,” he added, a thinly-veiled criticism of Trump’s repeated assertions that the coronavirus and the flu pose similar threats. (Carlson, who has a long record of xenophobia, did refer to the disease as the “Chinese coronavirus,” ignoring experts’ strong warnings against using such terms.)

The conflicting views on Monday laid bare a mounting predicament for some conservatives: They find themselves faced with the choice of echoing the same shameful attacks and misinformation embraced by the president or stating facts backed by public health officials. It’ll be interesting to see how that existential dilemma, as well as the mockery the coronavirus has inspired in some Republican lawmakers, evolves as Trump continues to face an enemy he can’t merely tweet out of existence.