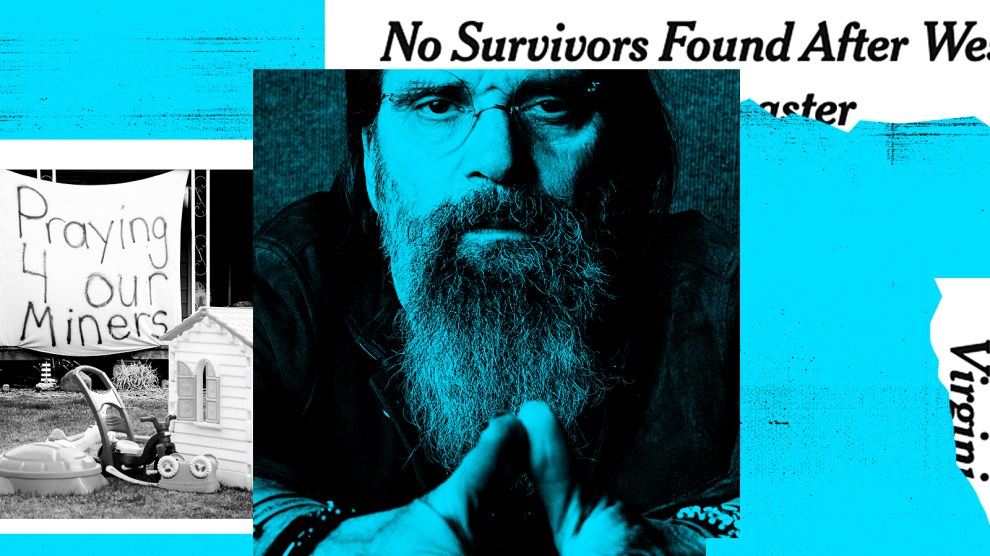 On April 5, 2010, the Upper Big Branch mine in West Virginia—owned by coal giant Massey Energy—exploded. Twenty-nine workers were killed in the worst mining disaster in the United States in 40 years. Four years later, Don Blankenship, the CEO of Massey, which had been fined nearly $400,000 in the year prior to the explosion for “repeated” and “serious” safety violations, was indicted by a federal grand jury for allegedly conspiring to violate mine safety rules, conspiring to cover up those violations, and providing false statements about Massey’s safety record. He faced more than 31 years behind bars. He ended up being convicted of one misdemeanor and served a year in prison—and has been contesting his conviction ever since.

Blankenship has remained in the news. He mounted an unsuccessful Senate bid in 2018, and he is now running for president as a candidate of the fringe Constitution Party. But who remembers the men who perished in his unsafe but profitable mine? Musician Steve Earle, for one, does.

When the playwriting team of Jessica Blank and Erik Jensen, the authors of The Exonerated—a play based on interviews with wrongfully convicted death-row inmates—was creating a theater piece about the Upper Big Branch disaster, they turned to Grammy Award-winning Earle to craft a series of songs for the show. Their play, Coal Country, based on interviews with miners who survived and relatives of those who did not, opened at the Public Theater in New York City in early March to acclaim. The work featured Earle onstage as sort of a Greek chorus with a guitar. His songwriting for the production earned him a Drama Desk Award nomination for outstanding music in a play.

The play, though, was postponed after about two weeks of performances due to the coronavirus pandemic. But next month Earle, with his band The Dukes, will release a new album, Ghosts of West Virginia, which includes these songs and several others. It’s a ghostly cycle—infused with Earle’s eclectic blend of country, folk, rock, blues, and roots music—about extraction, exploitation, mining life, and death. And in the song “It’s About Blood,” Earle names the dead—literally. He contrasts the subterranean grit of the miners with the financial gains of the company: “Don’t want to hear about the state of the economy / Fiscal reality, profit and loss / None of that matters when you’re underground anyway / Damn sure can’t tell me nothin’ ’bout cost.” At the end of the song, Earle recites a roll call of those killed in the Upper Big Branch mine by Massey’s malfeasance, all 29 of them.

Here’s the world premiere of “It’s About Blood”:

For this album, Earle, a longtime lefty activist who has been involved in campaigns to abolish the death penalty, end the use of land mines, and support refugees, aimed to write and record music that found common ground with the Donald Trump voters who live in coal country. (Trump got 68 percent of the vote in West Virginia in 2016.) “I thought that, given the way things are now, it was maybe my responsibility to make a record that spoke to and for people who didn’t vote the way that I did,” Earle says. “One of the dangers that we’re in is if people like me keep thinking that everyone who voted for Trump is a racist or an asshole, then we’re fucked, because it’s simply not true. So this is one move toward something that might take a generation to change…We need to learn how to communicate with each other. My involvement in this project is my little contribution to that effort. And the way to do that—and to do it impeccably—is simply to honor those guys who died at Upper Big Branch.”

You can hear two other songs from the album here and here.