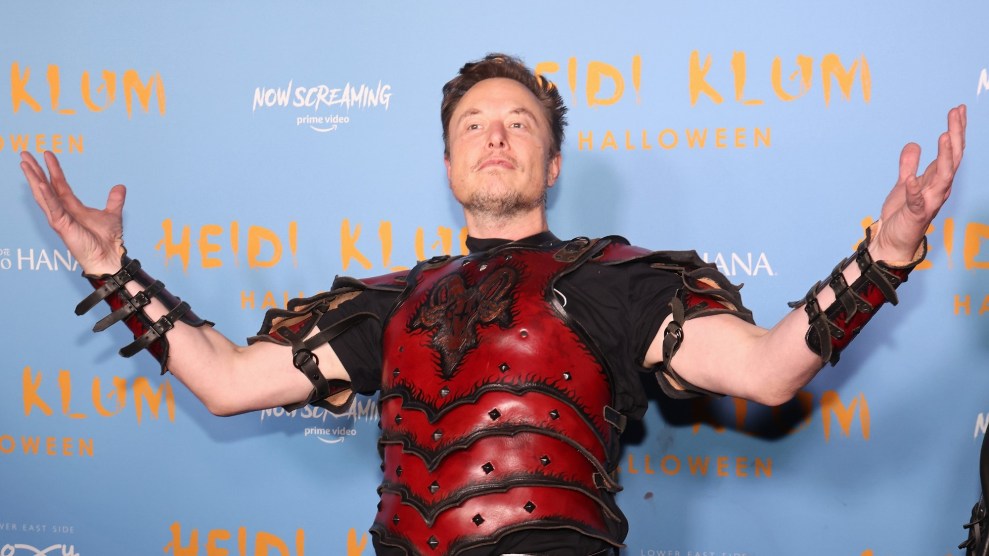 I’m sure most of y’all had better things to do in the final weeks of 2022 than watch the demise of Twitter, like prepping for the holidays or spending time with your loved ones. And honestly, good for you. But, if you’re curious about what’s happening on the bird app, allow me, a chronically online person whose job relies on paying attention to the discourse, to give you a rundown of Elon Musk’s latest social media meltdown.

In just one week, the bratty billionaire got booed at a Dave Chappelle show, banned a Twitter account that had been tracking his private jet travel, kicked several tech journalists off the platform, and was warned of potential sanctions by a European Union official. Meanwhile, Tesla stock continues to tumble. Take my hand as I guide you through the wild journey that was this past week.

On Sunday, Chappelle brought the Twitter CEO onstage at one of his shows, where Musk was reportedly booed by a crowd of thousands in San Francisco for nearly 10 minutes straight.

Turns out Twitter can, in fact, be real life. https://t.co/FFpups1yEy pic.twitter.com/41jcZgdDR4

Musk, in a now-deleted tweet, appeared defensive. “Technically, it was 90% cheers & 10% boos (except during quiet periods), but, still, that’s a lot of boos, which is a first for me in real life (frequent on Twitter). It’s almost as if I’ve offended SF’s unhinged leftists… but nahhh.”

Then on Wednesday, only one month after he said he wouldn’t do so, Twitter banned @ElonJet, an automated Twitter account that had tracked his private jet travel. The suspension marked yet another chaotic look into the process—or lack thereof—over Twitter’s new content moderation policies with Musk at the helm.

The banning spree continued into the next day when Twitter abruptly suspended the accounts of several high-profile journalists, including Aaron Rupar and CNN correspondent Donie O’ Sullivan, both of whom have covered Musk and the social media company. Musk later popped into a Twitter Space with other journalists to explain the suspensions, but quickly left after confronted with only a few questions.

Journalists who cover Elon Musk have been suspended on Twitter tonight: @Donie O'Sullivan from CNN, Aaron Rupar and the Washington Post's @drewharwell.

Rupar tells me he has "no idea" why it happened.

Finally, to close what’s truly been a banger week, an official for the European Union appeared to threaten sanctions against Musk over the suspension of the journalists’ accounts. While the EU has not released many details about the potential sanctions, according to the Digital Services Act, companies can be potentially fined up to 6 percent of their global revenue for any breaches.

News about arbitrary suspension of journalists on Twitter is worrying. EU’s Digital Services Act requires respect of media freedom and fundamental rights. This is reinforced under our #MediaFreedomAct. @elonmusk should be aware of that. There are red lines. And sanctions, soon.

Of course, the week’s not officially over; Musk still has time to unleash even more deranged actions. We’ll see.