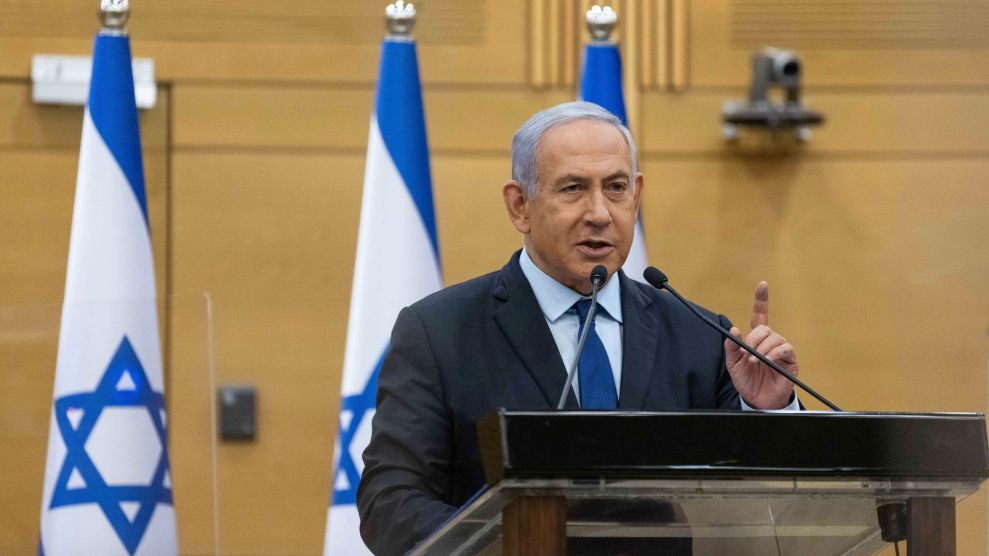 After more than 12 consecutive years as prime minister, it looks like Benjamin Netanyahu’s tenure as the head of Israel’s government may finally be coming to an end. On Sunday, Naftali Bennett announced that his right-wing Yamina Party would break ranks with Netanyahu’s Likud Party and would instead attempt to form a coalition government consisting of an array of parties from the political center, right, and left. And, for the first time in history, the government would likely be propped up by support from a party, Ra’am, that largely represents Arab citizens of Israel. If the effort is successful—it could still be scuttled by defections from a handful of members of Israel’s parliament—it would be nothing short of a political earthquake.

Netanyahu was first elected in 1996, not long after the assassination of Prime Minister Yitzhak Rabin by a Jewish extremist. He was defeated in 1999, then returned to office a decade later. Since then, he has led the Israeli government through six elections, three wars in Gaza, and his own ongoing corruption trial. He has engaged in anti-Arab rhetoric, allied himself with overtly racist extremists, vocally opposed Barack Obama’s Iran nuclear deal, and forged close ties with Donald Trump.

The news comes barely a week after Netanyahu agreed to a cease fire with Hamas following the most recent war. As the Washington Post explains:

Their announcement follows the 11-day conflict between Israel and Hamas in the Gaza Strip this month, which some analysts speculated would help bolster the embattled Netanyahu. At the outset of the fighting, Bennett, a former Netanyahu protege who had been poised to join a unity government with Lapid, said the military operation, which killed more than 250 Palestinians and 12 Israelis, had ended his interest in joining with the anti-Netanyahu coalition, which has the support of left-leaning and Arab parties.

But after an Egyptian-brokered cease-fire took hold May 21, criticism of Netanyahu surged again. Some 47 percent of Israelis said they opposed the cease-fire and 67 percent said they expected another round of fighting with Hamas within the next three years, according to opinion polls published last week by Israel’s Channel 12.

Netanyahu’s rivals said the operation lacked a coherent or long-term strategy and that Netanyahu’s failure to stop Hamas rocket fire from raining down on Israel or secure the remains of Israeli soldiers was further proof of his need to leave office.

“With the best intelligence and air force in the world, Netanyahu managed to extract from Hamas an ‘unconditional cease-fire.’ Embarrassing,” tweeted Gideon Saar, another former Netanyahu protege now with the change coalition.

If Netanyahu’s opponents do manage to oust him later this week, Bennett would likely serve as prime minister for two years, after which he would be succeeded by Yair Lapid, a centrist. What exactly all this means for the future of the Israeli-Palestinian conflict is unclear. Bennett is a former leader of Israel’s settler movement who opposes Palestinian statehood. On Sunday, he promised that the new government would be “more right-wing” than Netanyahu’s.