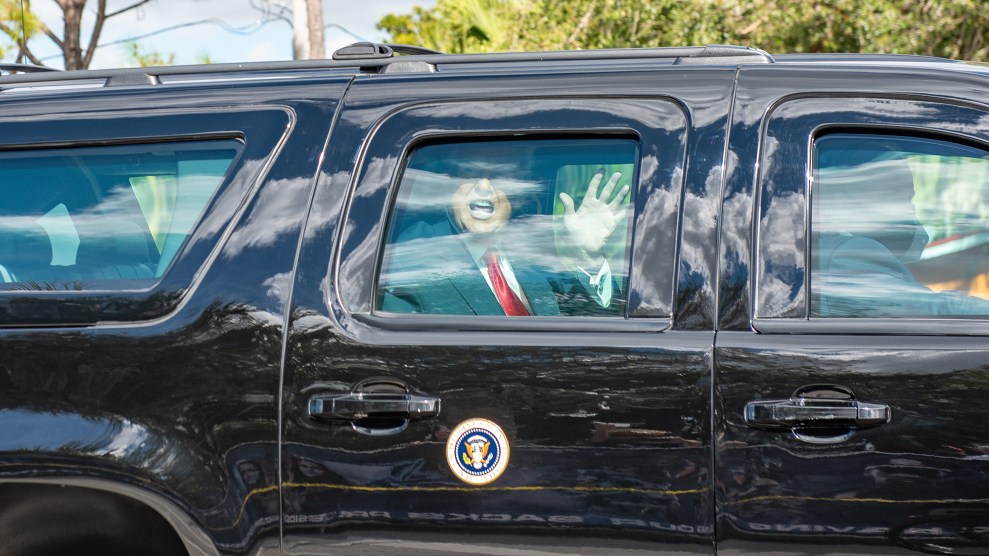 Last month, former President Donald Trump, who has been banned from both Twitter and Facebook, announced a major breakthrough in his fight against impulse control—a new website that could be continually updated throughout the day with short posts with his thoughts on the news. Many people at the time said this was “actually just a website” or, more specifically, “a blog” and not, in fact, a visionary disruption of internet publishing. But now they can no longer say either of those things, because www.DonaldJTrump.com/Desk is defunct.

The page, “From the Desk of Donald J. Trump,” has been scrubbed from Trump’s website and “will not be returning,” his senior aide Jason Miller told CNBC.

“It was just auxiliary to the broader efforts we have and are working on,” Miller said in email correspondence.

I wouldn’t trust Miller to tell me what day of the week it was, so I had to see it with my own eyes. But I checked and it’s true—the innovative micro-blogging platform Donald-J-Trump-forward-slash-Desk is now gone. It’s been replaced by a signup form to receive updates from Trump’s political action committee.

The through line of Donald Trump’s politics was pettiness and cruelty to those that he and his supporters considered insufficiently American. But the through line of Trump’s professional life is that he prefers the illusion of substance to the real thing. As a developer, many his signature properties were other people’s buildings. He was the winner of fictitious awards and the preservationist of a fictitious battle. His “university” was sued for fraud. He rode into office on the strength of his reputation as a businessman, even though it was mainly just a part he played on a slickly produced TV show. His net worth was reportedly smoke and mirrors. In office, he held elaborate signing ceremonies for meaningless orders and claimed others’ successes as his own. Of course the innovative new communications platform was just a blog, and of course the blog was hardly even that—it wouldn’t really be a Trump product if it were anything else.

And of course Miller’s public line was eventually undercut by something perhaps a bit more real: Trump had ditched the website, a source told the Washington Post, because so many people had made fun of it and no one read it.