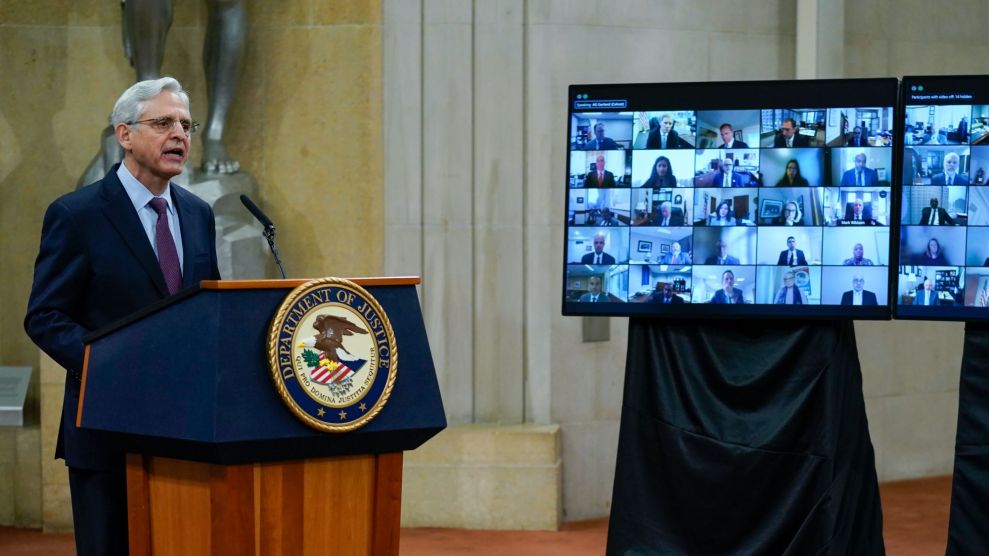 On the eve of the first anniversary of the January 6 Capitol riot, Attorney General Merrick Garland urged Congress to safeguard elections by giving the Justice Department new powers to protect voting rights.

“The Department of Justice will continue to do all it can to protect voting rights with the enforcement powers we have,” he said in an address delivered Wednesday afternoon. “It is essential that Congress act to give the department the powers we need to ensure that every eligible voter can cast a vote that counts.”

Attorney General Merrick Garland just pledged to hold all Jan. 6 perpetrators "at any level" accountable under the law: "We follow the facts. Not an agenda or an assumption. The facts tell us where to go next." pic.twitter.com/Ofyx0uRNoM

In his speech, Garland referenced the Supreme Court’s decision in the 2013 case Shelby County v. Holder, which gutted the 1965 Voting Rights Act and eliminated the provision barring historically discriminatory jurisdictions from altering voting laws without preclearing those changes with the DOJ. Without new legislation to restore those powers, Garland implied, the department lacks the proper tools to protect the right of every American to vote.

Garland’s remarks were delivered as Democratic politicians prepare to mount a new push to pass voting rights legislation in response to widespread Republican efforts to suppress the votes of Democratic-leaning minorities, gerrymander congressional maps, and lay the groundwork to contest close election results. Parts of his speech echoed the claims of top Democrats like Senate Majority Leader Charles Schumer (D-N.Y.), who have attempted to draw comparisons between the insurrectionists who stormed the Capitol and the Republican officials who have seized on Trump’s election lies to enact anti-democratic legislation.

“Many of those enactments have been justified by unfounded claims of material vote fraud in the 2020 election,” Garland noted. “Those claims, which have corroded people’s faith in the legitimacy of our elections, have been repeatedly refuted.”

Garland also addressed, albeit with his trademark sobriety, the growing chorus of criticism from the left that his department is not acting quickly or aggressively enough to prosecute the insurrectionists and those who instigated them, including ex-Trump officials and even the former president. Garland did not go into detail about what future cases the DOJ plans to bring, but he promised that the feds would seek to hold all January 6 perpetrators “at any level” accountable—“whether they were present that day or were otherwise criminally responsible for the assault on our democracy.”

“We understand that there is broad public interest in our investigation,” he said. “We understand there are questions about how long the investigation will take and about what exactly we are doing. Our answer is and will continue to be the same answer we would give with respect to any ongoing investigation: As long as it takes, and whatever it takes for justice to be done, consistent with facts and the law.”