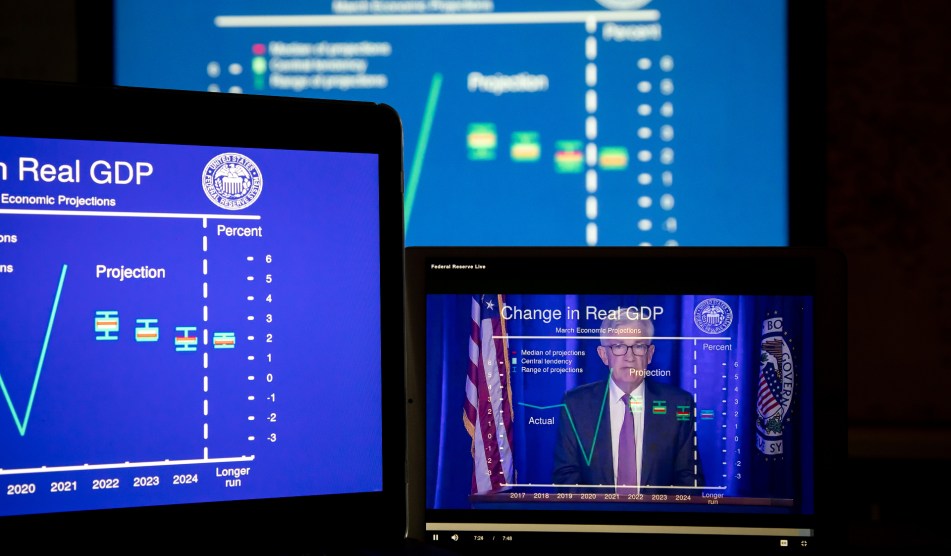 It finally happened: For the first time since 2018, after months of murmurs, the Federal Reserve rose interest rates.

As I wrote previously, it has been clear for the past few weeks that the Fed would begin raising rates. For most of the pandemic, the rate has been near zero. Raising rates is a big deal, and it could (likely will!) have material effects on your life. There’s a reason that the Wall Street Journal has it splashed on its website’s homepage in aggressively large font, replacing its ongoing coverage of Russia’s invasion of Ukraine:

The idea behind Wednesday’s move is to combat inflation. Prices have risen far above the targets set by the central bank, causing particular strain at (as you may have heard) the gas pump. A traditional view of interest rates is that raising them is monetary policy that helps curb inflation. In the speak of someone who doesn’t droll over stock returns, this means the Federal Reserve is raising interest rates to try to stop prices from increasing but in doing so it could also slow down the whole economy.

In this way, the central bank is edging a dangerous path. Yes, raising rates could help cool inflation, but it would likely do so by raising unemployment—which could harm workers, cause suffering (among a smaller set of people than are hit by inflation, but much more acutely), and wreck the economic recovery that has bounced us back from Covid-19’s shock.

Worth noting that the Fed *still* expects U.S. economic output at the end of 2024 to be *higher* than what they had been projecting before we got hit by a global pandemic and European war. pic.twitter.com/wySxcJea2X

Quick thread from leave on why, in addition to supporting the administrative and legislative efforts to get inflation under control, I think it's wise for the Fed to be moving to liftoff today, cautiously and not losing sight of full employment, told through four graphics. 1/9

Some economists, even on the left, are hopeful we can edge interest rates up without hiking them aggressively. But this kind of action has a dark history. As I’ve written before, in the ’70s, the Fed was part of ushering in an era of austerity in the name of fixing inflation. We’ve barely peaked, as I wrote in a cover story for the January + February issue, at what a tiny bit of worker power looks like when the government doesn’t set things up in the traditional neoliberal mode that has dominated for the past five decades. We’re now risking going right back.

"Right now you have a very tight labor market, to an unhealthy level. Moving down the number of job openings would mean less upward pressure on wages. Less labor shortage, as we're hearing from companies across the economy."

The bottom line: We’re at a precarious moment. The Fed, in its own technocratic way, is deciding much about how the economy functions—both for bankers and everyday workers. While it explains itself in the language of finance, often clouding the decisions, it’s worth keeping a close eye on what happens next. It was the Covid-19 emergency economic measures that helped us through the crisis, but as the pandemic becomes less of an emergency, will we just enter a new crisis? Just a “normal” one.

In many ways, what happens next will be determined by Powell. There are at least some indications that he could move aggressively to tamp inflation, even if it hurts workers. That’s scary. That could mean he is going to be like Paul Volcker—the Fed chair in the 1970s who had a recession named after him. Still, Powell’s entire tenure as chair has defied the expectations of many. We’ll have to wait and see.