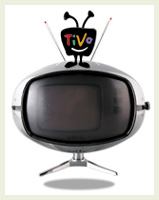 Media executives and TV addicts alike have been celebrating the advent of interactive television, like TiVo and Microsoft’s UltimateTV. But the technology has the potential of turning into a public-relations nightmare. In March, the Denver-based Privacy Foundation reported that TiVo, a popular set-top box that can digitally record up to 30 hours of programming, sends nightly activity reports back to corporate headquarters. Using a built-in modem, TiVo transmits reams of information on everything from the console’s internal temperature to users’ viewing records. Do you have a weakness for “Judge Judy” that you’d prefer to keep secret? The folks at TiVo can find out.

The company insists that it removes the data’s personal markers and keeps only “anonymous viewing information.” But Richard M. Smith, the Privacy Foundation’s chief technology officer, says the practice conflicts with TiVo’s written promise to its customers that “all of your personal viewing information remains on your receiver in your home.”

Any of TiVo’s 150,000-some users can opt out of the data collection, but few have done so—perhaps because the opt-out instructions are buried deep within the Byzantine literature that accompanies the device. And while the company’s privacy policy forbids the peddling of customer information to advertisers, the manual takes care to note that rules “may change over time.”

The Privacy Foundation report, and testimony from Smith at a House Energy and Commerce Committee hearing in April, spurred the Federal Trade Commission to launch an inquiry into whether TiVo violates its own data-collection guidelines. But technology companies are well prepared to counter such government intervention. The industry has organized to oppose legislation that would ban any data harvesting not explicitly authorized by the customer. Groups like the innocuous-sounding Online Privacy Alliance (OPA)—whose members include Microsoft, AOL, and Yahoo—advocate letting the industry regulate itself.

Among the lobby’s primary targets have been state lawmakers, particularly in California. Last year, high-tech clout helped defeat a bill in the California legislature that would have prohibited interactive TV providers from disclosing customers’ viewing habits. aol circulated a letter to legislators claiming the law “would harm the development of the Internet and e-commerce,” and the American Electronics Association (another OPA member) spent more than $140,000 on lobbying in the three months during which the bill was debated.

The California measure was killed in committee, but the industry has had little time to celebrate. Over the first four months of this year, 465 privacy-related laws were introduced in state legislatures around the nation. If corporate data collection becomes an “opt-in” practice, as many of those bills propose, interactive TV will end up being far less interactive than its creators had hoped.