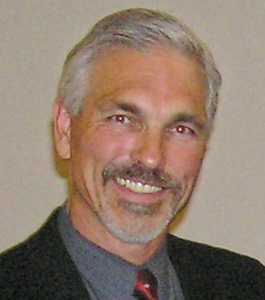 More than fifty years after Brown v. Board of Education, school desegregation remains one of the most contentious issues facing American public schools. Over the years the Supreme Court has thrown itself into an ever growing public debate about whether or not race is a compelling interest in admissions to institutions of higher education, but the court has yet to rule on how those decisions impact K-12 education.

Finally, in June, the Supreme Court agreed to hear a case involving the Seattle and Louisville public school districts’ use of race in determining school assignments. This comes at a time when districts across the nation are engaged in their own legal battles around school segregation. Since 1996 Hartford, Connecticut’s school district has been under court order to integrate at least 30% of its schools by 2007, but current trends show they will fall far short of that goal. In Elgin, a Chicago-area suburb, parents filed a bias lawsuit last February arguing that their African American and Latino children were being shortchanged by the school district.

Some lawmakers argue that the only way to close the achievement gap between white and minority students is to segregate them completely. This year, Ernie Chambers, Nebraska’s sole African American state senator, proposed creating 3 separate school districts: one white, one Latino, one African American. According to Chambers, school segregation would give local communities of color more authority over their students. The state legislature voted in favor of the proposal set to go into effect in 2008, but in July the U.S. Commission on Civil Rights decided to investigate the constitutionality of such a proposal.

The case now before the Supreme Court began in 2000, when a group calling themselves Parents Involved in Community Schools filed a lawsuit contending that their children (all white) were being discriminated against because the Seattle public school district used a racial tiebreaker that prevented them from being assigned to Ballard High School. Seattle operated on a school choice program, allowing students to select any high school in the city, but in schools where demand outweighed available slots, sibling tiebreakers and racial tiebreakers determined school assignments.

To David Engle, former principal of Ballard High, racial diversity is an essential part of every student’s education; a value he left his job to defend. When the Seattle district stopped using the racial tiebreaker he resigned as principal in protest. Subsequent appeals upheld the use of the tiebreaker, but the Supreme Court’s decision will ultimately decide whether any public school can continue programs that create racial balance in their schools.

MotherJones.com: Why did you feel that you had to resign as principal of Ballard High School?

David Engle: I realized how important the ability of Seattle public schools to create some balance and diversity in the high schools was to the overall mission of the school system. I do focus groups with students and find out what they like about their school and what they don’t like and over and over again I would hear that they liked who they went to school with, that they liked the diversity of their student body. Then, in the spring of my second year, the ninth circuit court came out with that 3 judge decision that overturned Seattle’s ability to use the racial tie breaker in the assignment. I just happened to have at that time the largest waiting list in the city. When they got the ninth circuit to rule in their favor I thought, okay I’m exhibit A in this case, our school is cited, and my first reaction was: why me? why my school? I don’t need this; we’ve got better things to do. Over the course of the week I talked to some of my mentors, the pastor of my church, and I said you know this is just another example of how white privilege just has its way. Diversity is important to my kids and I need to represent them and so within a week I decided, okay what do I have here to work with? What do I have to counteract this movement? And you know basically I had my position. I don’t have money or power, but I had my position in a pretty public arena.

MJ.com: What was the reaction when you announced your decision?

DE: I announced it to the students in an assembly and I kind of used it to teach them about what was going on. I talked about the court decision, where it came from, what it meant to them and their school, and what I intended to do. My kids were very supportive; especially the groups of kids that valued their student body. A lot of kids came out of the woodwork who said “It’s about time somebody stood up.” I think there was a lot of surprise in the parent community that I was the one that did it—the principal of the most in-demand high school in the state standing up. Doing that was part of the power I thought I had because I didn’t fit their mental model.

MJ.com: One of the arguments posed by the parents group is that race should not be a factor in deciding public school assignments because it is “irrelevant.” Why do you think race matters?

DE: First, I challenge their assertion that race doesn’t matter. Race is always at the bottom of every academic achievement gap. You can do all sorts of interesting studies around that but you’ll find that the achievement gap around racial difference is pretty profound and consistent across all kinds of data. So race clearly does matter and it’s aggravated by separation. The other thing that they’re really not willing to talk about is, in my view, the more diverse a student body is the more the kids become the chief beneficiaries of that because they’re learning how to work in a world they’re going to inherit and so, there’s also a kind if pragmatic self interest that they’re not paying attention to. Their kids aren’t going to grow up in the world they grew up in, and they don’t know that. They really think they can keep their kids in that cocoon.

MJ.com: Why do you think affirmative action or diversity programs like the one in Seattle public schools or in the University of Michigan case a few years ago are under such scrutiny now?

DE: Oddly in this struggle I’ve become friends with Jonathan Kozol and we’ve had long talks about what’s going on. I really attribute what’s going on to a long process of a conservative retrenchment in this country and this is just part of that whole reclaiming of that political landscape. The reaction against integration has worked long and hard to overturn the gains made during the civil right movement. What’s been troubling to me is there’s been so little sustained, focused opposition to those movements (and that’s what they are). We have to say these are not values we aspire to. What I’ve found in my work with community groups is: that’s not what they want. People want to learn together, live together, find ways to cross the boundaries of race and class. But they don’t have the kind of focus and leadership and organizational strength that reactionary folk do, or the money. For a parent group to challenge a school decision all the way to the Supreme Court is not a trivial expense and so those are the broad lines of the struggle I think.

MJ.com: What was your reaction when you heard the case was going to the Supreme Court?

DE: I was encouraged and disappointed. I was encouraged that this conversation has reached the level it has. I was kind of discouraged because Seattle has won the case in every setting except that one ruling, so that’s discouraging that it’s been able to move forward. The other thing is, I don’t know this court well enough, I don’t think anyone knows it well enough, to predict what side they’re going to come down on.

MJ.com: Those who disagree with your position argue that these kinds of policies cause students to become too focused on racial difference. They will point out that we live in a different world than we did 50 years ago, and that schools should be color blind.

DE: Were it true, I would be the first to say game over, but the feet-on-the-street reality is very different. I listen to kids first. My job, I believe as a principal, is to pay attention to what my kids say and they’ll tell you that that’s just not the case. Students of color basically say we are treated differently, with a lack of respect. I spend every day of my life with a bunch of teenagers so I kind of know what’s up. Because it’s not visible to your century apparatus does not mean it went away, it means that you’re part of the problem.

We need to get to the place where we live together enough that that actually comes true, but we’re not there yet. In fact in some ways we’re in a place that’s very similar to the 1960’s. What we’ve done a really good job of, is living in denial and choosing not to address the issues in a real visible way. Until we reach that point where people can honestly say race is no longer influential in terms of people’s access to educational assets then we need to continue to work on it in careful ways. I’m not asking that we go back to busing kids against their will but I am supportive of creating mechanisms that allow changes and modifications that serve kids well.

MJ.com: What will happen to public education if the parents group wins the Supreme Court case?

DE: It will immediately lock in the process of very separate and unequal school districts in the urban schools of America. That process has been underway for some time and this will just seal it over. I think that will be really corrosive and create some hopelessness in the school system. It’s going to take us a long time to overcome. I worry people are going to say why bother if it’s going to get challenged, so it’s really going to narrow the latitude districts will have in terms of addressing what are really visible inequities.

These are really tough times for educators and we have it seems fewer and fewer tools to address the inequities that we see right in front of us and that we have to live with and in some ways make peace with it. This is one area where I feel like we’ve learned a lot and we can actually create schools where we can make a constructive use of that diversity. I think 20 years ago we didn’t know how to turn those differences to our advantage educationally. We do know that now, and I think it would be a real setback if we lost all ability to create that.