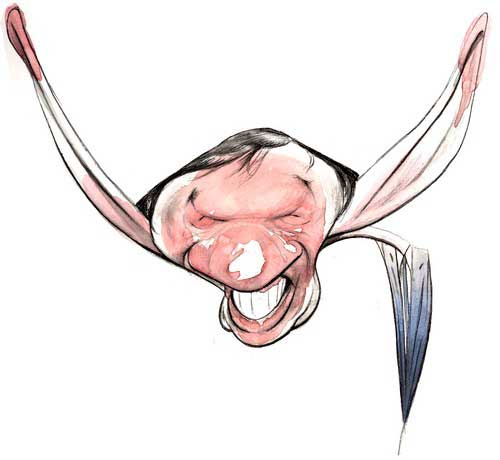 The Corporate Media will probably overlook Dennis Kucinich’s bull’s-eyes in last night’s debate. Here are two of them:

On the War Vote:
“I honor the people who served. We owe them a debt of gratitude. But the people who sent those soldiers, they should never have been sent there in the first place…This war was based on lies. If all my colleagues…would commit and not offer a funding bill. Just say the war is over. No money. Bring them home. Cut off the funding. Senator Clinton says, ‘This is George Bush’s war.’ Oh no. This is a teachable moment here. This war belongs to the Democratic Party who were put in charge by the people in the last election by the thought that they were going to end the war. They haven’t. I’m urging all the candidates here. Don’t give them any more money. The money’s in the pipeline now, enough to bring them home. And let’s make this a productive evening.”

On the Health Care Crisis:
“With one-half the bankruptcies in the country connected to people not being able to pay their doctor bills with premiums, deductibles and co-pays going so far through the roof with 46 million Americans without health coverage and 50 million underinsured, there is only one way to get health coverage for all Americans. That’s to have a universal, single-payer not-for-profit Medicare for all. I’ve authored the bill HR 676, supported by 14,000 physicians. And you know that senators Clinton, Obama, Edwards are talking about letting the insurance companies stay in charge. They’re talking about continuing a for-profit health care system. We need a president who’s ready to challenge that.”

Good things can come from elves. And far away from the presidency though he is, his ideas are made more vivid by events by the minute. A nice blast of oxygen to start the week.