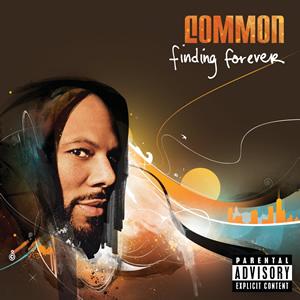 Do you ever glance at the Top Ten and go, “what the hell is all that crap?” Not my Top Ten, that’s the reaction you’re supposed to have to that one. The actual Top Ten. Well, me too. Together we can figure it out.

2. Korn – Untitled
Who’s even in Korn any more? One guy found Jesus and left, the drummer’s “taking a break.” Are they still spelling their name with a backwards “R”? Because that’s awesome.

4. Soundtrack – Hairspray
People say it’s good (it’s still #3 at the box office), but whatever. If nobody stands in a playpen filled with fish and shouts “Who wants to die for art,” I’m not interested.

5. Miley Cyrus – Hannah Montana 2
I had to look this up: it’s a Disney Channel show about a teenage girl who has a “secret life” as a famous pop star. You know, when I was 13, I was listening to Laurie Anderson. Kids these days…

6. Sean Kingston – S/T
Here’s something. Kingston’s 17 years old, his single “Beautiful Girls” is the syrupy, quasi-reggae one that samples “Stand By Me,” and it’s currently our #1 song, possibly helped out by Billboard’s recent addition of streaming statistics to the chart methodology.

7. Kidz Bop Kids – Kidz Bop 12
This edition of the sing-along series includes screamy versions of “Umbrella” and “The Sweet Escape,” but nothing as awesome as their version of Franz Ferdinand’s “Take Me Out” from #8.

8. T.I. – T.I. vs. T.I.P.
The fair-to-middling “concept album” (it’s a battle between two parts of himself, see) from the Southern rapper slips from #5 this week. I put “You Know What It Is” in a Riff Top Ten in July, and I stand by that, but the rest of the album’s kind of dull.

9. Fergie – The Duchess
While I’ll admit to kind of enjoying the retro-freestyle beats of “Fergalicious,” nothing else about this deserves any attention whatsoever.

10. Linkin Park – Minutes to Midnight
Did anybody else find “What I’ve Done” a really incongruous track to accompany the “Transformers” commercials? Like, the only way the lyrics make sense conceptually is if you think of Megatron singing it, filled with regret about the destruction he has wrought. And I don’t think that’s what they had in mind.