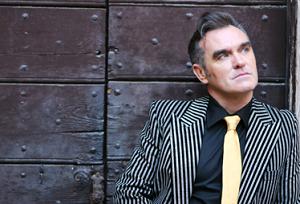 In more Morrissey-related news, sit down. Think of the person you hate most in the world, and then think how much money it would take for you to hang around with him or her for, I dunno, a few weeks. What do you say, 50 grand? A million? Howabout $75 million? Well, Morrissey is made out of stronger stuff than you and I, as Billboard is reporting the Mozzer has turned down £40 million to tour as The Smiths, the only requirement being the inclusion of guitarist Johnny Marr. That’s right, drummer Mike Joyce, who was awarded £1 million in a 1998 lawsuit against Marr and Morrissey for unfair distribution of royalties, doesn’t even have to be included, and Morrissey still said no. What’s the deal?

Well, maybe he’s holding out for more cash. With bands from The Police to The Pixies reaping huge profits from reunion tours, The Smiths are one of the only major bands of the last 30 years (whose members are all still alive) who refuse to put their differences aside. The price can only go up, really. Hold out for $200 mil, Moz!