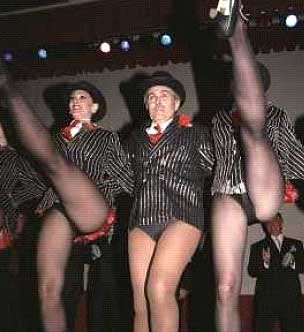 Rudy Giuliani just faced his toughest crowd of the campaign to date. After some waffling early in the campaign, Giuliani has been honest about his pro-choice and pro-gay rights beliefs. In so doing, he’s written off the folks who are likely to attend the Family Research Council’s Washington Briefing (aka the Value Voters Summit).

So how did Rudy handle the situation? Unimpressively. He spent as much time apologizing for not pandering to the crowd on abortion and gay rights as he did making the case for why he ought to be the next president of the United States. Let’s dig in.

Rudy started by saying, “I’ve come here to speak to you about our shared values and our shared goals. What unites us is far greater than what divides us.” Any suspicion that he would ignore the tension between his positions and the crowd’s by raving about “Islamic fascism” went out the window immediately.

Early in the speech, he said, “Christians and Christianity are all about inclusiveness.” He went on to explain the early Christians drew people to the faith by accepting doubters, sinners, and outcasts. There are two reasons why this is a dicey line of rhetoric. First, Rudy explaining Christian history to some of America’s most devout Christians is kind of insane. In addition to sounding unauthentic, he had no room for error. Second, it’s unclear if he was trying to say that the crowd here ought to accept him (as a candidate that doesn’t “check their boxes”), or that the crowd here ought to accept gays, immigrants, and other folks that these Christians don’t like so much. Either way, he’s telling these folks how to improve themselves, which is a bit presumptuous, no?

Giuliani explained that because he too often finds himself failing his moral and religious beliefs, he is reluctant to hold himself up as a model of faith. And that he comes from a background that keeps religion out of public life. Despite that, he said, “You have nothing to fear from me.” That’s a pretty stunning statement for any presidential candidate to make.

Few campaigns are won on the defensive, but that’s where Rudy found himself. “Isn’t it better that I tell you what I really believe,” he said, “than to change all my positions to fit the prevailing wind?” It isn’t leadership in any meaningful sense to pander, he explained, and so, if you’ll forgive him, he’s not going to pander to you. But don’t write him off as a result. “Ronald Reagan said, ‘My 80 percent friend is not my 100 percent enemy,'” Rudy pointed out. To rephrase that: “I know we don’t agree 20 percent of the time, but please don’t hate me as a result.” The unspoken but universally acknowledged truth here is that the 20 percent on which Rudy and the crowd disagree are the 20 percent that are most important to the crowd.

Giuliani can talk about his support for increasing adoptions, for decreasing abortions, for appointing strict constructionist judges, he can say things like, “My belief in God and reliance on his guidance is at the core of who I am,” and he can talk on and on about how he will always be honest if not perfect on the issues, but in the end none of that is going to be good enough. Running for president doesn’t mean convincing the American voting public to vote for you. It means convincing the dozens, if not hundreds, of single-issue groups that make up the American voting public to vote for you. And this is one Rudy’s just not going to get.

The folks here have been voting in a straw poll all weekend. They’ll announce the winner after the presumptive favorite, Arkansas Governor Mike Huckabee, speaks this afternoon. I, of course, will be here.

Do I get combat pay for this?