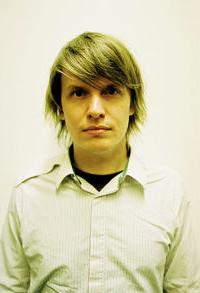 They give it a “6.4.” No, seriously, this is kind of odd: last month, a hard drive containing music files belonging to Death Cab bassist Chris Walla was seized by U.S. Customs officials when a studio employee tried to take it back into Washington State from Canada. The story started to make the rounds last week, with Walla joking about his hard drive being “waterboarded” and wondering aloud if the overtly political content of some of the songs might pose a problem. Well that got a Customs guy all perturbed: MTV News quotes representative Mike Milne as saying Walla’s comments to the press “got my ire up,” that the hard drive was only seized because of commercial merchandise paperwork issues, and besides, they’d been trying to return it. Wow, a couple news stories come out, and suddenly Homeland Security is a service-oriented organization.

Barsuk Records founder Josh Rosenfeld doesn’t believe that the album’s political content had anything to do with the seizure—after all, how could they have listened to the files beforehand?—but finds the random seizure of personal property a bit disturbing, saying “this is a case of a U.S. artist who went into Canada to record and then wanted to bring the fruits of that recording back home… it doesn’t seem like a commercial product to me.” Well, in any event, they had master tapes, and the album is coming out on schedule, and now, as Rosenfeld says, “at least everyone knows Chris Walla has a solo record coming out.” Hmm, now who’s the conspiracy theorist?