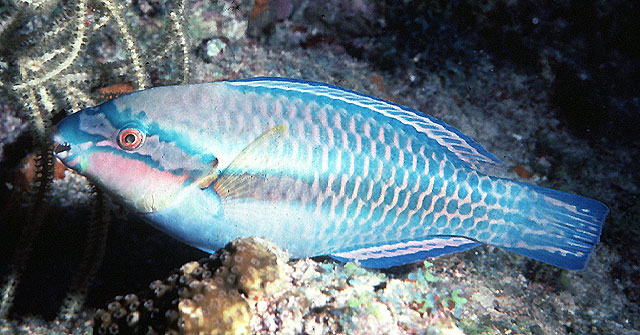 A study finds the future of the Caribbean’s failing coral reefs tied to fish with an equally uncertain future. The University of California Davis reports on a study of reefs overrun by marine algae (seaweeds) after a plague in 1983 killed virtually all the plant’s natural grazers, sea urchins. (Read more about this in MoJo’s The Fate of The Ocean.) With urchins gone, the corals’ only line of defense against algae is parrotfish—also grazers. But parrotfish are disappearing from overfishing, allowing algae to outcompete corals on the reef.

The researchers created a mathematical model of the reef, then looked at what the future holds, investigating a process known as hysteresis: whereby an effect lags behind its cause. “The idea of hysteresis is that you go over a cliff, then find the cliff has moved,” said UC Davis theoretical ecologist Alan Hastings. “Going back is harder than getting there. In this case, the loss of sea urchins sent the reef off the road, and now the only guardrail is the parrotfish. Our model showed that if we overfish parrotfish, and the reef goes off the cliff, we would need four times the fish we have now to bring the reef back.”

The authors suggest that local authorities act now to reduce parrotfish deaths, including outlawing fish traps. They also call on anyone visiting the Caribbean and sees parrotfish on a restaurant menu to voice their concern to the management. 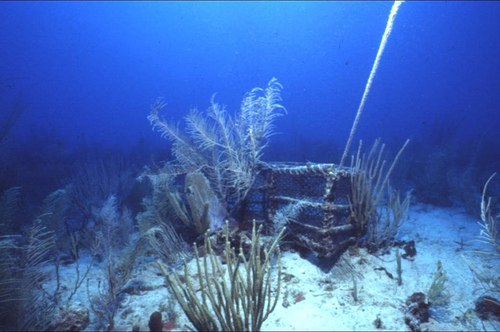 Well—as the pithy bumpersticker says—at least the war on the environment is going well.